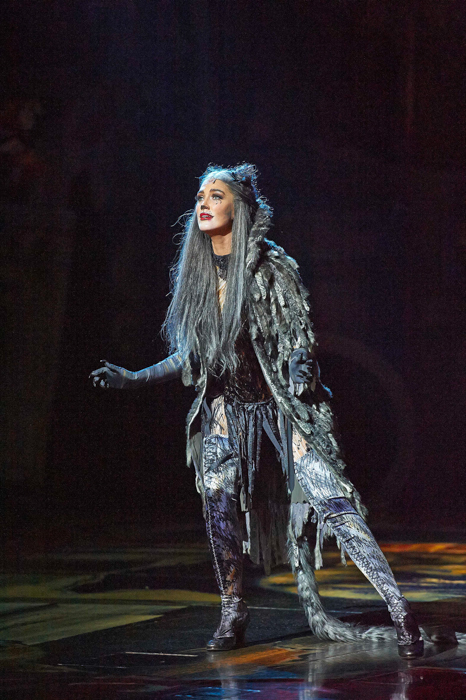 What a show!  This was the first time I had seen CATS and I was very excited that I was going to see it at the amazing Capitol Theatre. The theatre was a great choice as it suited the production and the director Trevor Nunn utilised the space very well.

As you would expect it was a full on production with a large multi talented team behind the scenes. The choreography was orchestrated by Gillian Lynne who started her career at the tender age of 16 in 1942. She worked on CATS in the UK as well as mounted productions throughout the world. The dance routines were breathtaking and the cast included highly talented dancers.

The costumes and make-up were also mesmerizing with a high level of detail and individuality, close-up as we were, you could see that the make-up alone must take quite some time every night to complete on all the actors. The set and lighting will also not disappoint you. The spaceship feel and magical lighting, the darkness of the dump. The scene with the train was sensational. The music under the Musical Director Paul White was world class.

If you haven't seen CATS there is a loose story, but it is more about the CATS and their individual characters. Delta Goodrem plays the outcast cat Grizabella. All the actors are fantastic but of course many people are watching Delta and she doesn't disappoint. Her performance is outstanding and when she sings Memory particularly the second time, she brings the house down, or if she was on The Voice I am sure the comment would be that she 'nailed it', 'owned it'! Unfortunately she does rather overshadow all the other female singers who were not quite as strong as the male ones.

This production will not disappoint and I could certainly watch it several times and enjoy it as much each time.