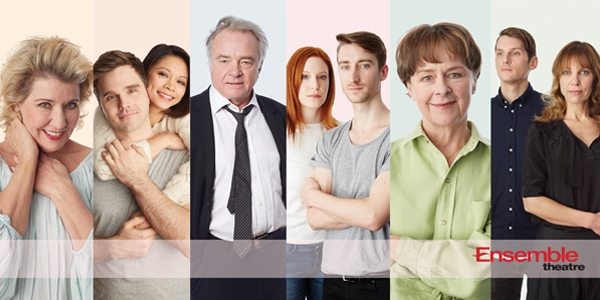 Sandra Bates writes: "2015 is my final season. What an incredibly joyous 30 years and it has been my privilege to have shared it with you all. I've had a ball. So if it's such fun, why stop? Macular degeneration is beginning to take its toll and it's time Mark Kilmurry, in whom I have total confidence, takes his turn to steer Ensemble Theatre into the future, without me peering over his shoulder. Hopefully, eyesight permitting, I'll be back to direct productions in the future. I want to thank all those people who have ensured Ensemble Theatre has not only survived but thrived over these 30 years: the creatives, the back-stage folk and the incredibly hard working staff, a number of whom have been with Ensemble Theatre almost as long as I have. Most of all my heartfelt thanks go out to you, the audience, because without you, there is no us."

Mark Kilmurry writes: "Sandra's final year as Artistic Director is sad and hard to think about. There are not many people in the world who give you an opportunity that changes your life. When Sandra invited me to be Associate Director at the Ensemble Theatre in 2005 she quite simply changed my life in many brilliant and wonderful ways. For that I will be forever thankful, and when the time comes, I will miss her hugely. I regard Sandra as my mentor, my colleague and my good friend. Of course Sandra won't be far away and I will be bugging her to direct every season and for as long as she wants to... So for this next season: here's to Sandra Bates with my love and thanks."