On the eastern fringe of Chippendale, Kensington Street has paved a yellow brick road, winding towards an emerald city of new ideas, artistic showcases and cultural offerings.

2015 witnessed Sydney’s newest lifestyle destination rise from the rubble in a slew of impressive feats, wrapped up with the launch of our official website, the culmination of all that has been refurbished and reimagined on this street.

Our greatest plans yet? Chinese New Year will bear witness to an extraordinary spectacle on Saturday 6 and Monday 8 February. So stay tuned as we reveal all!

In the Year of the Monkey, Kensington Street will be jolted to life with vibrancy, energy and laughter.

But before we move further into 2016, let’s take a stroll down memory lane. 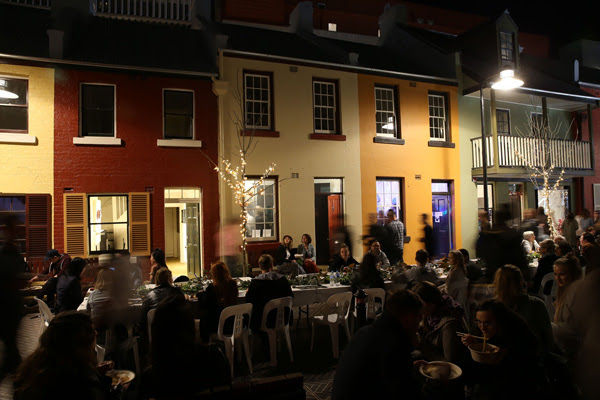 In mid-September, a block party like no other unfurled itself in Chippendale. With it came the soft launch of Kensington Street, its terraces aglow with light installations and shopfronts alive with performance art.

A visitation 22,000 strong passed through the street for the first time, to behold the multidisciplinary amalgam of BEAMS enlivening Kensington Street’s newly renovated structures. 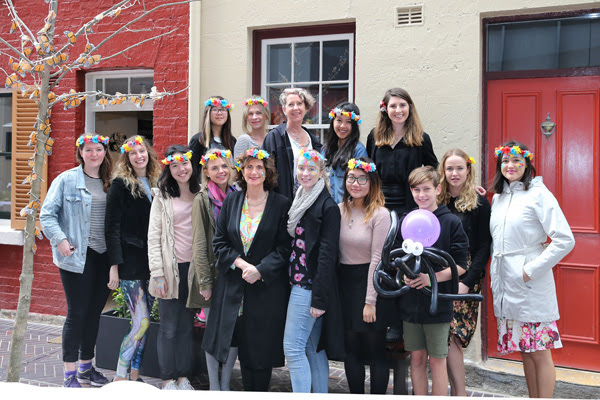 Following BEAMS, a garden abloom with budding talent sprung from the warehouses and workers cottages of Kensington Street. We threw our Spring Delights Family Fun Day, when circus performers roamed and heads were adorned with Clementine Posy floral crowns.

It was the arrival of springtime to Chippendale, and the beginnings of our street businesses.

This coincided with Sydney Open, a Sydney Living Museums initiative that brought 4000 people in for architectural talks and walks down this heritage street. The old film veiling these terraces was pulled away, stripped back to reveal stacked archives of colonial tales.

In one warm afternoon, pedestrians passed through the street to engage in both artistry and history. 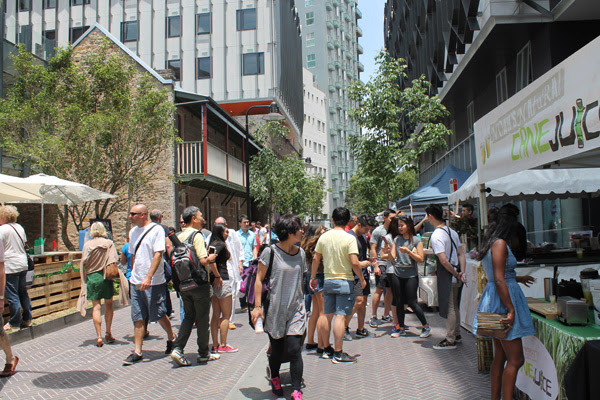 Kensington Street Christmas Bazaar witnessed a festive atmosphere extraordinaire and within a few hours, over 5000 visitors flocked to our street to indulge in an opulent spread of Christmas produce. On the afternoon of Sunday 13 December, Kensington Street was wreathed in greenery, lined with stalls and and ringing with bells. With a pop-up bar, Christmas tree decoration station, and a heavenly quartet of carollers - the Christmas spirit was well and truly upon us.

This inaugural marketplace garnered attention from a vast stretch of media: YELP, 2SER, Sydney Morning Herald Spectrum (twice!), TimeOut, 702 ABC What’s On, The Urban List, Broadsheet, Xplore Sydney and City of Sydney What’s On to name but a few!

THE CHARMS OF SPICE ALLEY 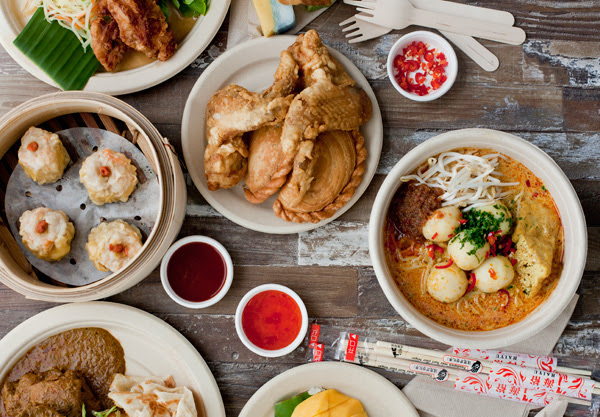 These are the flavours of East-Asian cuisine to spice up Sydney’s downtown, where the locals continue to line up at the kitchens, drawn in by the rich aroma. 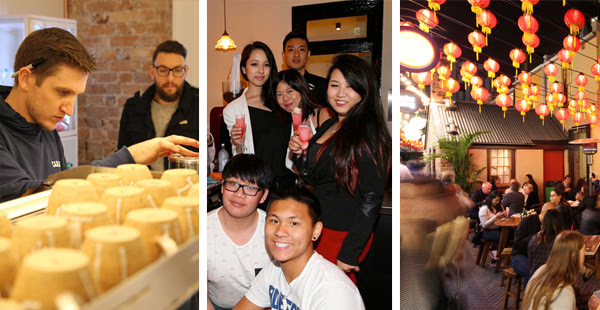 The Kensington Street community is nothing short of tenacious.

With each tenant passionate about their craft, we line the street with the full spectrum of offerings: fine dining, hearty brunches, home furnishings, cutting edge design and contemporary art. Life thrives here, and we welcome every unfamiliar wanderer.

Our newest neighbours include Bar Chinois, now licensed and welcoming in both the breakfast club and the nighttime crowd. Ky-oto anticipates the arrival of Japanese dining to our part of town. KOI receives its finishing touches, poised as the Poernomo Brothers’ debut dessert bar of Masterchef fame.

Don’t be shy – let’s introduce ourselves!

Head over to the Kensington Street website where we can get acquainted.

WHERE DOES KENSINGTON STREET LEAD?

New enterprises teeter on the precipice of grand launches - KOI, Ky-oto, Kensington Street Social, Bistrot Gavroche and Mekong, to name but a few! Kensington Street continues to be graced by the most tenacious masters of their field.

The street’s official launch falls upon Chinese New Year, when the playful curiosity of the Monkey runs rampant across these cobblestones in a street-wide degustation of Asian performance, art and cuisine and food demonstrations. On Saturday 6 and Monday 8 February, Spice Alley will assemble Lunar Feasts fit for a golden palace, while we open our doors to a new year of luck, prosperity and longevity.