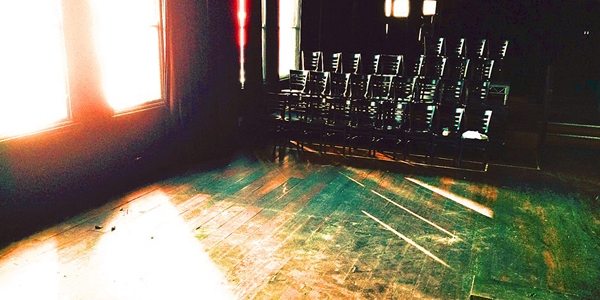 A new theatre has opened in the heart of Kings Cross.

Like Kings Cross itself, the second floor of the historic Kings Cross Hotel has worn many faces over the years, from the home of the popular FBi Social to its more recent incarnation as The Bandroom.

bAKEHOUSE Theatre Co is excited to be opening and curating the newly configured Kings Cross Theatre (KXT) on Level 2 of the Kings Cross Hotel.

With strong support from the owners and managers of the Kings Cross Hotel, KXT is a part of the changing face of the cross, catering for the new demographic of the area, while staying true to the origins of its bohemian heyday.

Licensee of the Kings Cross Hotel Lloyd Boolkin says: “Collaborating with people who are really passionate about what they do, who have a love of theatre and art, is hugely exciting. We want to be inner Sydney’s destination of choice when it comes to culture, entertainment, live music, drinking, dining and theatre – all under the same roof.”

Initially trialled as a pop up venue during this year’s Sydney Fringe Festival, bAKEHOUSE Theatre Company (His Mother’s Voice, The Ishmael Club, Love Field, StoryLines, Great Expectations, Coup d’Etat) has reconfigured the theatre into an exciting and flexible space, with seating for 75 – 90.

“It is our intention that the theatre be affordable and accessible,” says co-artistic director Suzanne Millar.

“We’re creating a home for excellence, where audiences know that they will see ambitious and exciting work. We’re excited that in 2016 KXT will be hosting some of Sydney’s leading established and emerging independent theatre companies.”

During a recent low-key and laid-back preview evening, more than 100 independent theatre-makers and industry supporters gathered to ‘christen’ the venue.

They checked out the renovations, walked the stage and sat in the seating banks for the first time as bAKEHOUSE co-artistic directors Suzanne Millar and John Harrison and operations manager Andrew McMartin spoke of the passions that drive them and the type of work they’d like to see in the theatre.

Said Harrison: “It is our hope that KXT will be a place for exciting, passionate theatre that’s new, that’s global in scope, that’s ambitious, and that inspires big conversations.”

Next year’s productions include work by Siren Theatre, Kristine Landon-Smith, Tooth and Sinew and bAKEHOUSE Theatre itself; plus a full and exciting Mardi Gras program and an audacious festival of work celebrating Sydney’s women artists. Plus the promise of “a few exciting surprises” yet to be unveiled.