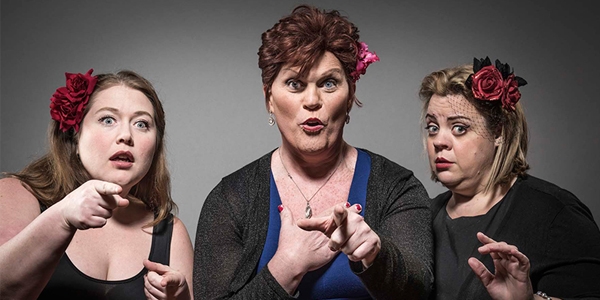 It’s been almost twenty years since Eve Enlser’s provocative play The Vagina Monologues first debuted off Broadway. Then dubbed “the most important piece of political theatre of the last decade” by NY Times theatre critic Charles Isherwood, the play still has the capacity to incite knowing laughter, insightful self-reflection and gender fluid solidarity.

In the Lane Cove Theatre Company’s new production of the monologues (after first testing the waters in 2006), director Megan Spindler has brought together a game cast of performers to challenge and provoke a new wave of gleefully complicit theatre patrons. From collected tidbits and personal stories to comic and at times tragic “vagina facts,” the cast displayed a communal verve and comraderie that consistently excited the audience, eliciting a collective swathe of knowing giggles, sporadic applause and tentative gasps.

Inspired by and curated from Ensler’s playful and powerful interviews with 200 women of diverse sexual histories, ethnicities and ages, the monologues chart how our gender informs our identities. Some of her tales are specific to place, though many emphasise the universality and shared wisdom intrinsic to being and identifying as female.

Ensler has received her fair share of criticism for the monologues, from prudish social conservative critiques to stereotyping to a lack of inclusiveness. Ensler tried to remedy the latter in 2004 by including a monologue giving voice to transgender experience, performed movingly in this production by transgender actress and activist JoAnna Ferrari.

Regards Ensler’s attempts to broaden the geographical scope of female experience, she fails to see resonances between the cultures she’s criticising and “Western” values. While acknowledging the travesty of Female Genital Mutilation (FGM), Ensler fails to examine the accepted genital mutilation in the form of “designer vagina” surgeries. Spindler’s attempts in this production to transpose or align the issue of domestic violence in Native American communities to that of First Australians also felt like a blanket solution to the culturally specific experience of the piece.

The production shines the brightest when the actors - eschewing accents or a specific place - simply tell the story. Spindler’s casting of young actress Lilli Toll as a septuagenarian is inspired as she slowly comes to embody the memory through the present telling. Rose Edwards’ poetic delivery of Ensler’s recently added monologue detailing her experience watching her daughter-in-law give birth was evocative and powerful. And Belinda Humphries ravishing recitation of a litany of orgasm-induced moans had the audience positively heaving with laughter.

Despite its shortcomings, Ensler’s ambitious prerogative is still as potent as it was in 1996, and the persistence of the text is testament to its ability to resonate across time and place. If you haven’t yet had the pleasure of being pressed and provoked by hearing the C word chanted valiantly, you can pop your c bomb at Northside Baptist Church in Crow’s Nest, Wednesday the 11th November and Friday the 13th November at 7:30pm.