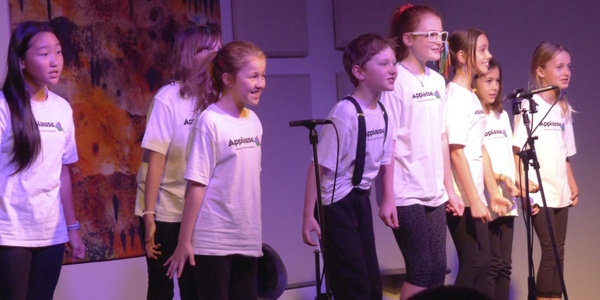 Family musicals like Annie, Matilda, The Sound of Music, Wicked and Les Miz are legendary.

Most of them feature talented child stars who can combine music, drama and dance in a spectacular performance. Even the famous and iconic adult stars of the musical theatre stages from Sydney to Broadway and the West End had to start somewhere… and, for most, it was as toe-tapping, spotlight-seeking, all-singing, all-dancing kids!

A performer who is good at all these creative arts is called a ‘triple threat’.

This summer, Applause Musical Theatre Academy is giving keen children and teens a crash course in the art of the triple threat in four venues across Sydney’s north. The two and three-day workshops in Chatswood, Roseville, St Ives and Killarney Heights will teach participants to sing, dance and act scenes and songs from a musical – and perform an excerpt for their family and friends!

Academy founder and principal Ingrid Bass says the aim of the workshops is to develop a love of music and theatre, while providing children and teens with the opportunity to gain confidence improvising, storytelling and performing.

“Every child will have their moment in the spotlight, their opportunity to own the stage,” says Ingrid of Forestville.

Do you know a kid who deserves some Applause this holidays? Full details at www.applausemta.com.au