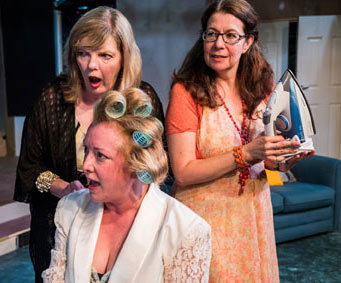 The Pavilion Theatre, Castle Hill, is a 1966 born theatre within The Hills Showground. The venue has a comfortable country-like feel, and is easily accessible via public transport or car (with plenty of parking within the sticks of the estate’s esplanade). Featured play, ‘Always a Bridesmaid’ already exudes excitement prior to the beginning of the play. This week, I have been awaiting a tempestuous twist of exploits! The script delivers a duly decent discourse, thanks to the talents of initial writers Jessie Jones, Nicholas Hope and Jamie Wooten, duteously directed by Meredith Jacobs.

The small auditorium featured cozy, carmine covered theatre chairs, seated by a blanket of demographics, on this opening night. The first half of the play was met with an audience that released rather regular rib ticklers, including a few (literal) thigh-slaps, plus a definite side-splitter sort of a snort directly in front of me. Perhaps the posse became tired, or pell-mell plummeted, as the second half was incredibly uncharacteristically quiet, to the point that I held back from crunching chips, despite the play being, (or so I thought), even more of a hoot after intermission. 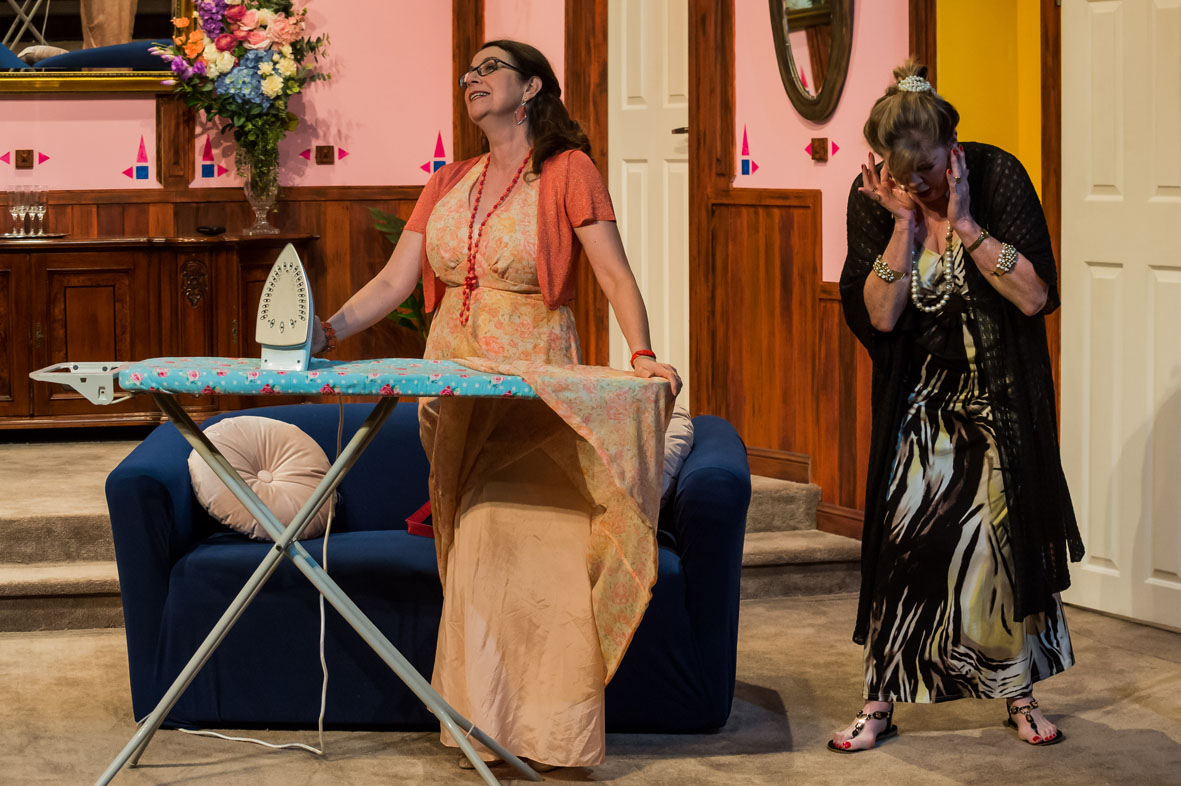 Twenty to forty year olds, (my-single-self-inclusive), will be pleased to perceive the normality of teenage friends following different life pathways, and how these paths have served up separate lives for seemingly similar ‘sisters’. Set in a bridal parlour in Virginia, all four friends maintain their Prom-promise – to be a bridesmaid at each other wedding…..Or wedding…SSS!

What could possibly snafu a day like this for all y’all?

All performances were near perfect - one tiny, (seemingly unnoticeable to the audience), slip up at the very beginning of opening night doesn’t count when you fight back with an absolute killer performance potent with Pussy Power. Wow, what a paradox! Pre-eminently coming from my so-called puzzlement of a persona, which is pester-some, petticoat-ed (petty-coated, let’s be honest), but perplexingly princess-ful (successful as a princess in my own eyes). 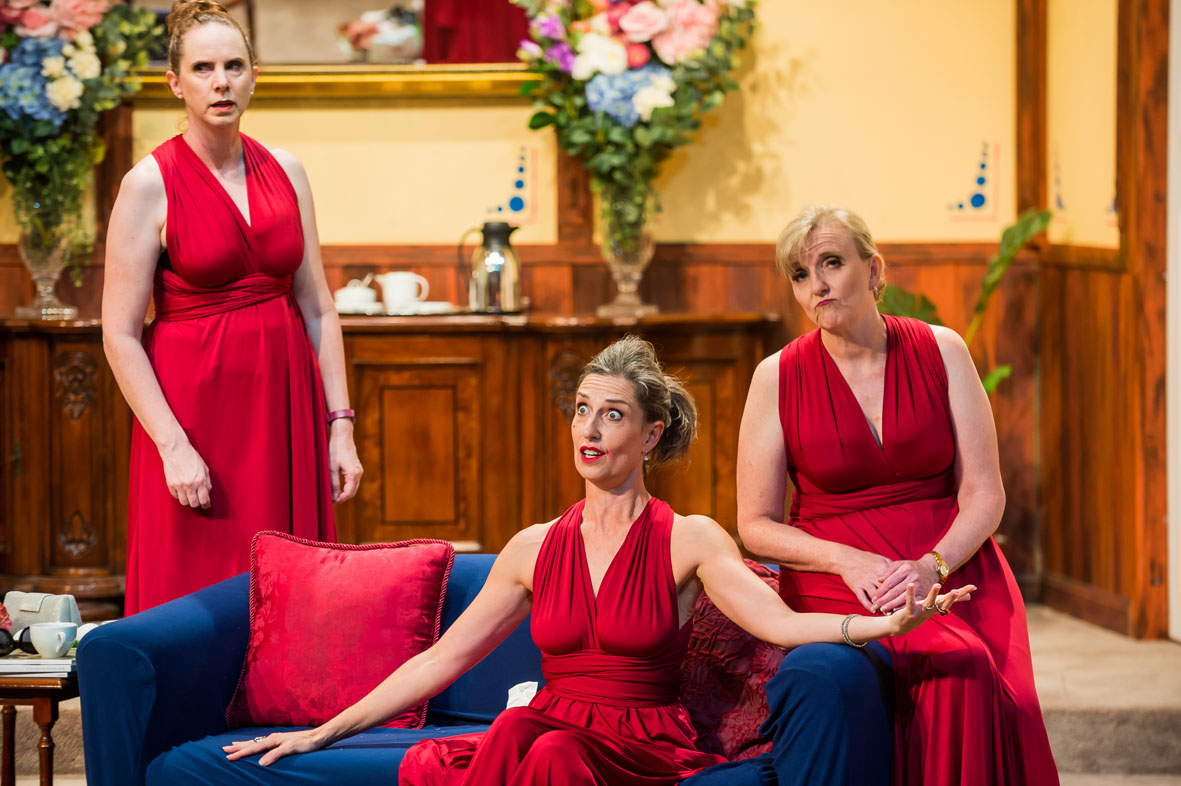 The Film Harmonica Orchestra, the well versed script, the Southern accents and the cast and crew create a standout performance, an ultimate ‘Must-Go-See - What’s-On-Sydney’. The anomalously fully female cast individually stood out in their own established characteristic ways. This performance illustrated exactly why there is no such thing as small characters, just small actors… or actresses! The play was apparently perfectly cast, as all the lady’s performed to a peak that truly roped me into an entertaining experience. Thankyou for the hope you have re-inhabited in my heart you utterly ultimate Siren Sisters!

The subtle execution of Sedalia the Maitre d’Wedding Planner, played by Annette Snars, I truly applaud. What a captivating execution of Sedalia Ellicott, owner of the historic Laurelton Oaks. This setting sees these four baronesses in well fitted dresses become renamed dames with hopes of ignited flames. 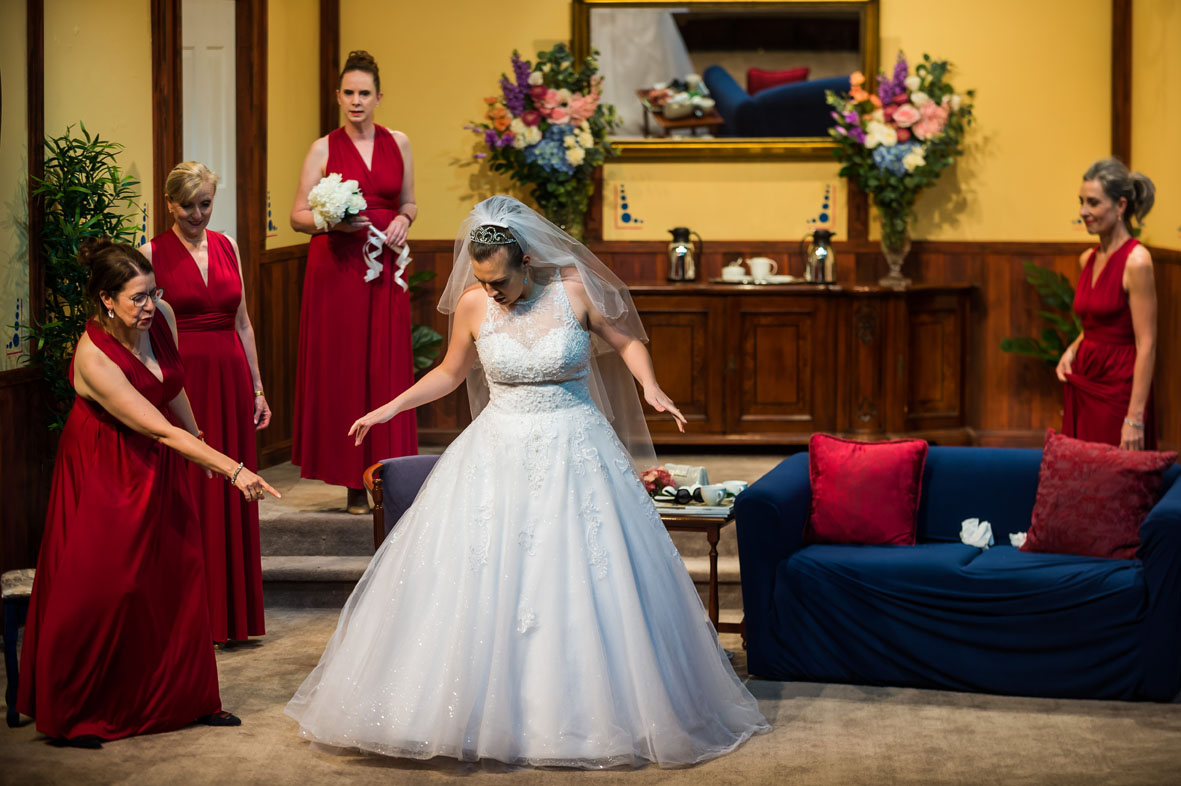 And all that’s in between.

Nobody needs to conform to the norm. If there is just one thing you take from this, let it be what this play made me realize and reiterate…

“You’re true friends are the ones that are walking in the door as everyone else is leaving.”