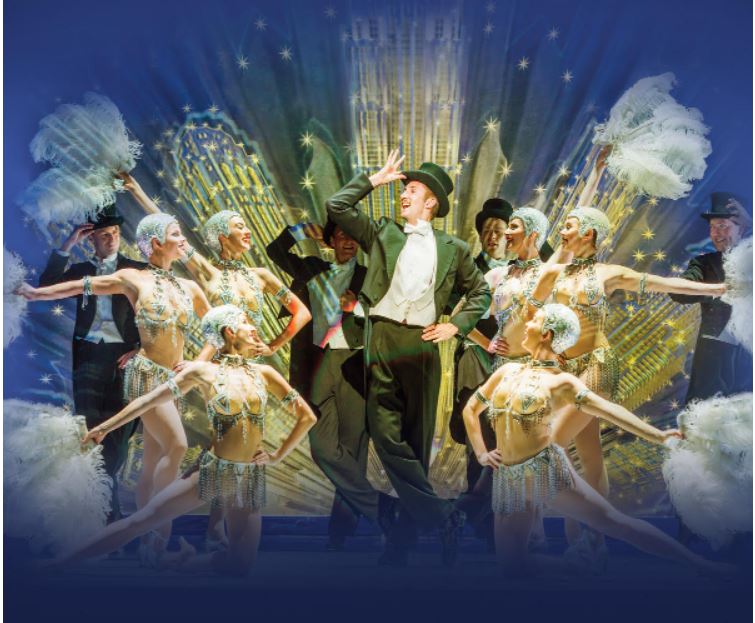 It may be cliché to say but some shows lift the audience and transport them to other worlds. “An American in Paris” is one of these. This new musical based on an orchestral piece and inspired by the classic 1951 film, is a joyous blend of ballet and musical theatre. You won’t want to stop smiling!

This production sees the Australian Ballet’s debut into musical theatre and after such an exuberant production, one hopes it’s not the last. Christopher Wheeldon directs this lively Parisian love story, which is based on a book by Craig Lucas. Though set in another era, it has themes that can be related to today.

A struggling American artist, Jerry Mulligan (Robbie Fairchild who alternates with the Australian Ballet’s Cameron Holmes) finds himself in Paris after WWII. He falls in love with a French girl, Lise (Leanne Cope who alternates with the Australian Ballet’s Dimity Azoury). Lise is engaged to a man for duty rather than love and she also catches the eye of a sweet-hearted composer Adam (Johnathan Hickey). The original film did not explore a love triangle or delve too strongly into the aftermath of war, but it does pay loving homage to it and the inimitable Gene Kelly.

There is something for everyone in this musical. The sets fuse various aspects including projected pieces that evoke scenes like the river Seine and Parisian streets. Bob Crowley’s sets are danced into place by the talented ensemble cast. They effortlessly transition between graceful ballets to show- stopping swing numbers. The song, “I’ll Build a Stairway to Paradise” is an absolute show-stopper. Crowley’s razzle-dazzle costumes will leave you unsure if you’re sitting in Radio City Music Hall or the Moulin Rouge. The dancers move with so much grace and poise, it looks so deceptively effortless even though to untrained eyes it’s still highly complex. It is like they’re floating on air and if that’s not enough, look out for some quick-changing costumes that appear like magic.

The score features excellent songs such as “I Got Rhythm” and “S Wonderful.” The music by the Gershwin brothers is so appealing and emotive that you really are swept away. The addition of “Fidgety Feet” also shows the musical’s highly playful side. This infectious little ditty will leave people wondering why it wasn’t in the original film.

The main stars are excellent in their roles. At opening night in Sydney, Robbie Fairchild (who originated the role on Broadway and the West End along with his experience with the New York Ballet) showed why he ably fits Gene Kelly’s immense dancing shoes. Leanne Cope who had performed alongside Fairchild before and herself danced for the Royal Ballet maintained a delightful and mysterious air. The pair had an easy and palpable chemistry, and showed immense talents.

Ashleigh Rubenach and Anne Wood as Milo Davenport and Madame Baurel, held their own as two strong feminine characters.

There are some funny moments in this musical. Sam Ward as Lise’s fiancé, Henri Baurel, was adorable as a hapless, aspiring singer. David Whitney who played his father gave a great over-the-top performance as a French toff. Jonathan Hickey meanwhile, had some great one-liners. This meant you could have a good giggle while supping at a visually sumptuous feast and listening to gloriously uplifting tunes from an orchestra conducted by Vanessa Scammell.

The French have beautiful language such as “Joie de vivre” and “tres magnifique,” and these both apply to this musical. It is one that hits so many high notes and high-kicks in a veritable tour de force of love, lithe bodies and pretty art (look out for nods to Picasso, Mondrian and more). In short, this was SO wonderful, marvellous, etcetera!