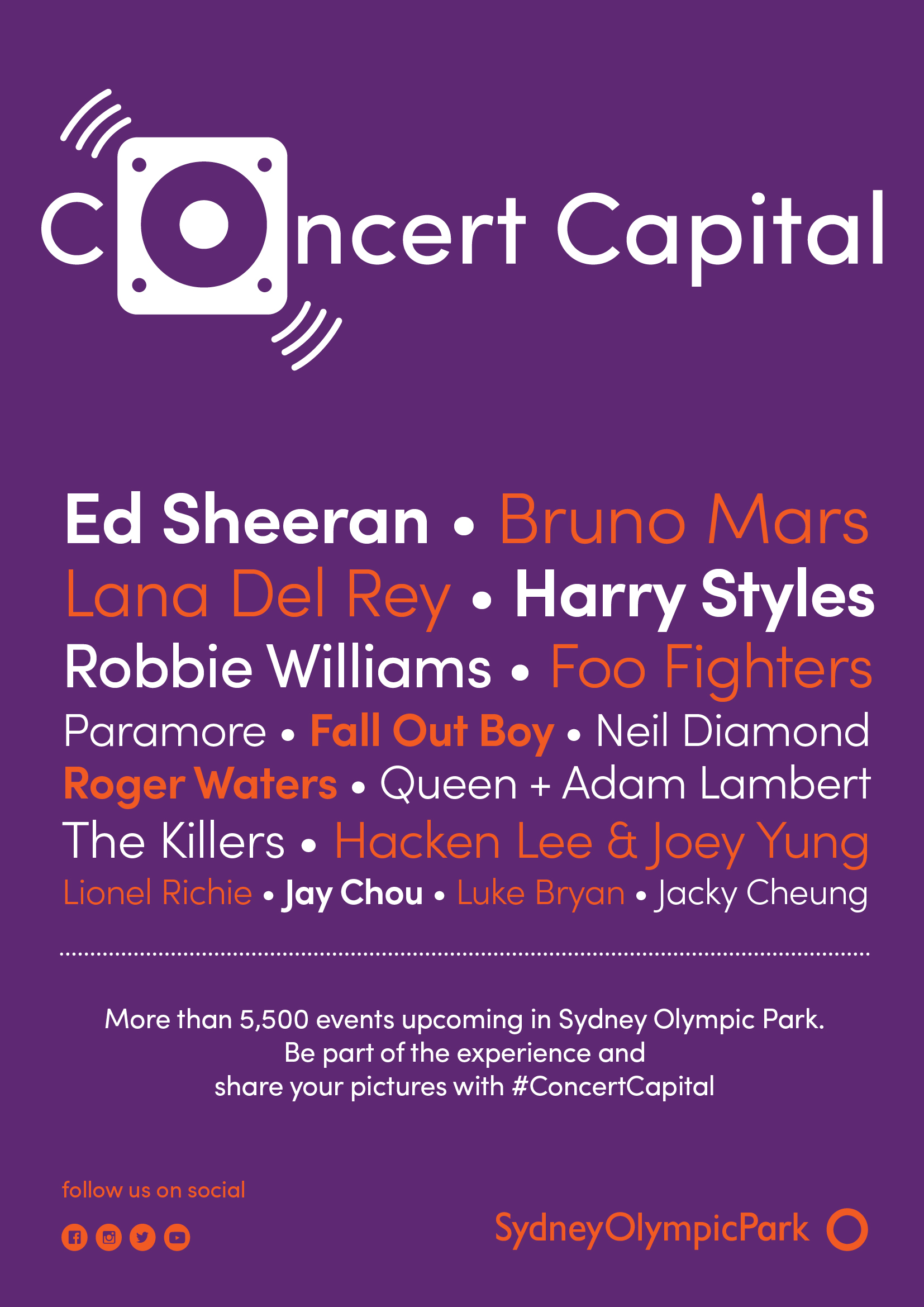 Saturday 17 March in particular will prove momentous, with both Ed Sheeran and Bruno Mars to attract almost 100,000 people to Olympic Park.

Of course, later in year the Taylor Swift Reputation Stadium Tour, Pink's Beautiful Trauma world tour and Sam Smith's The Thrill Of It All World Tour stops will also be hosted at Sydney Olympic Park.

“Sydney Olympic Park continues to enhance its reputation as a super lifestyle precinct as we continue to create great places to live, work, learn and play with access to unparalleled opportunities for recreation and entertainment,” he added.

Australia's largest indoor arena, Qudos Bank Arena, is ranked sixth on a global list of the world's top performing entertainment venues based on the number of concerts and ticket sales held at the arena during the past 15 years.
With the huge line-up of international artists set to perform live at Sydney Olympic Park this year, Australia's now undisputed #ConcertCapital will feature selfie stations outside Olympic Park railway station on 27 January, when attendees will have the chance to dress-up with rock star props, pose on stage and even see their pictures displayed on-site on the big screen.