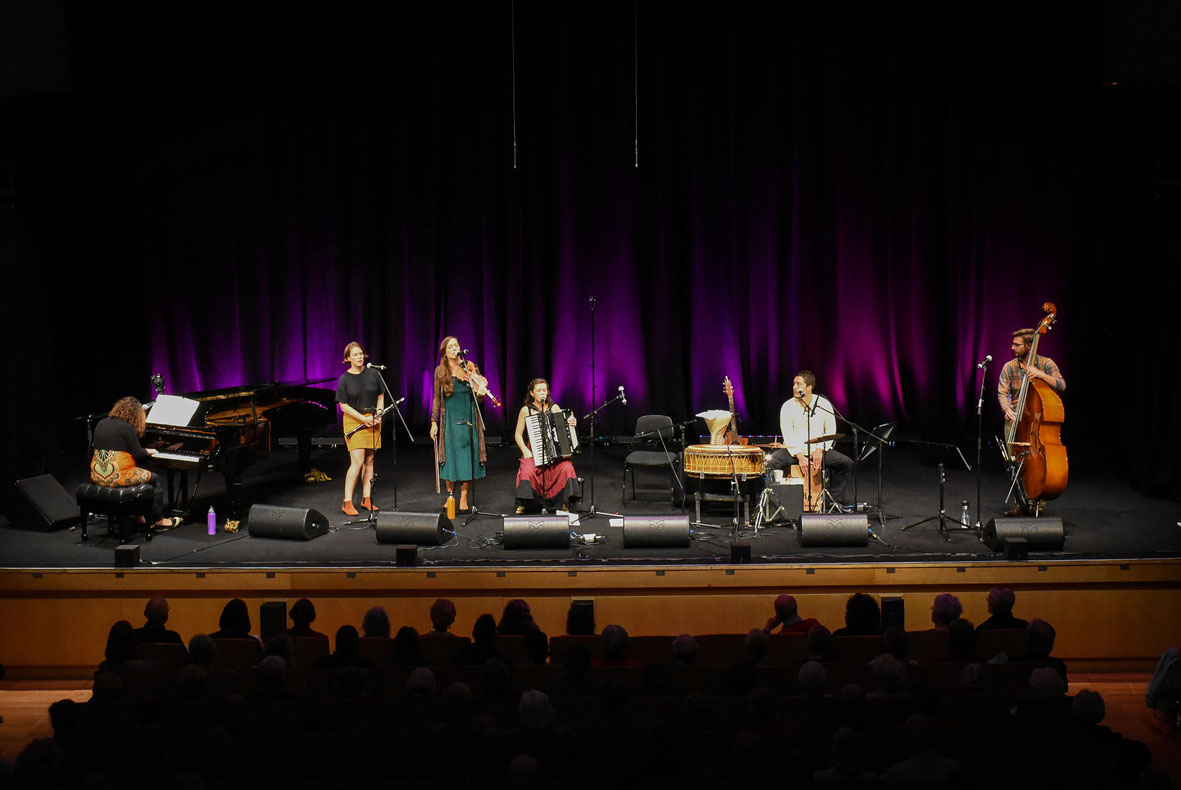 Like a gust of wind ushering in a new season of possibilities, Sunday 30 June at The Newsagency in Pyrmont heralded the album launch of Arrow from Sydney band Chaika. Described as “spine-tingling” (Rhythms) and “extraordinary” (Fine Music FM), the uber-talented six-piece band showcased new tracks from their latest album, as well as favourited gems from their previous two releases, I Monti and the self-titled Chaika. Arrow as the title suggests offered listeners a new direction in Australian folk music, an innovative blend of beautifully crafted pieces meshing influences from gypsy swing, jazz, Balkan rhythms, Turkish delights and Celtic tradition. 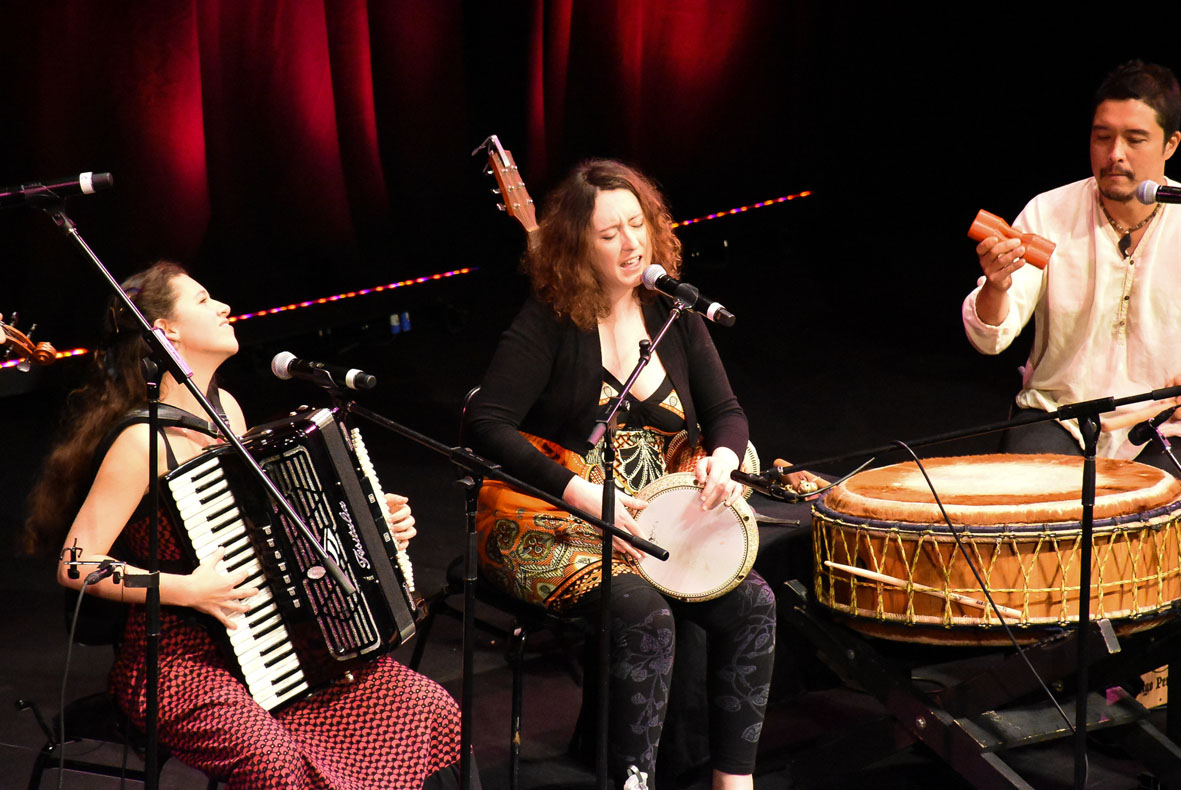 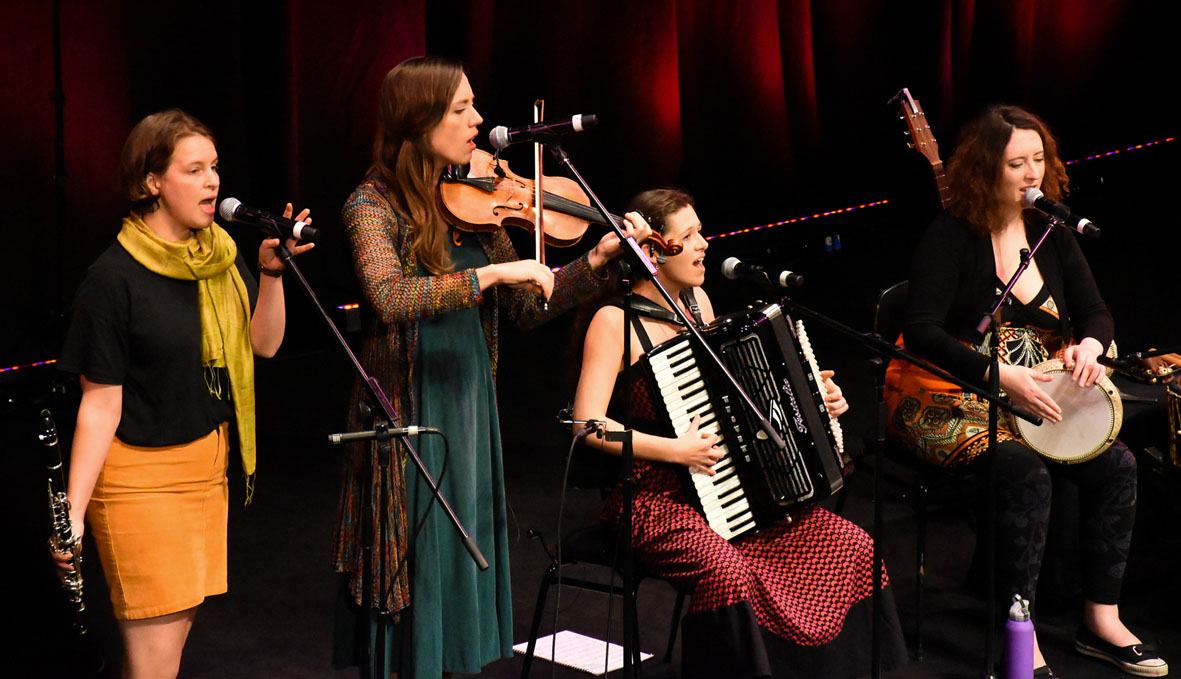 The evening’s playbook continued to explore lyrical poetry including Colours by Laura Altman, the achingly exquisite I Riden Så and the sea-faring On the Sands, which was my favourite song of the evening. The first half of the set closed out with an eerie cover of David Bowie’s Major Tom, so arresting with its likeness that you almost thought Bowie’s spirit had possessed the band. 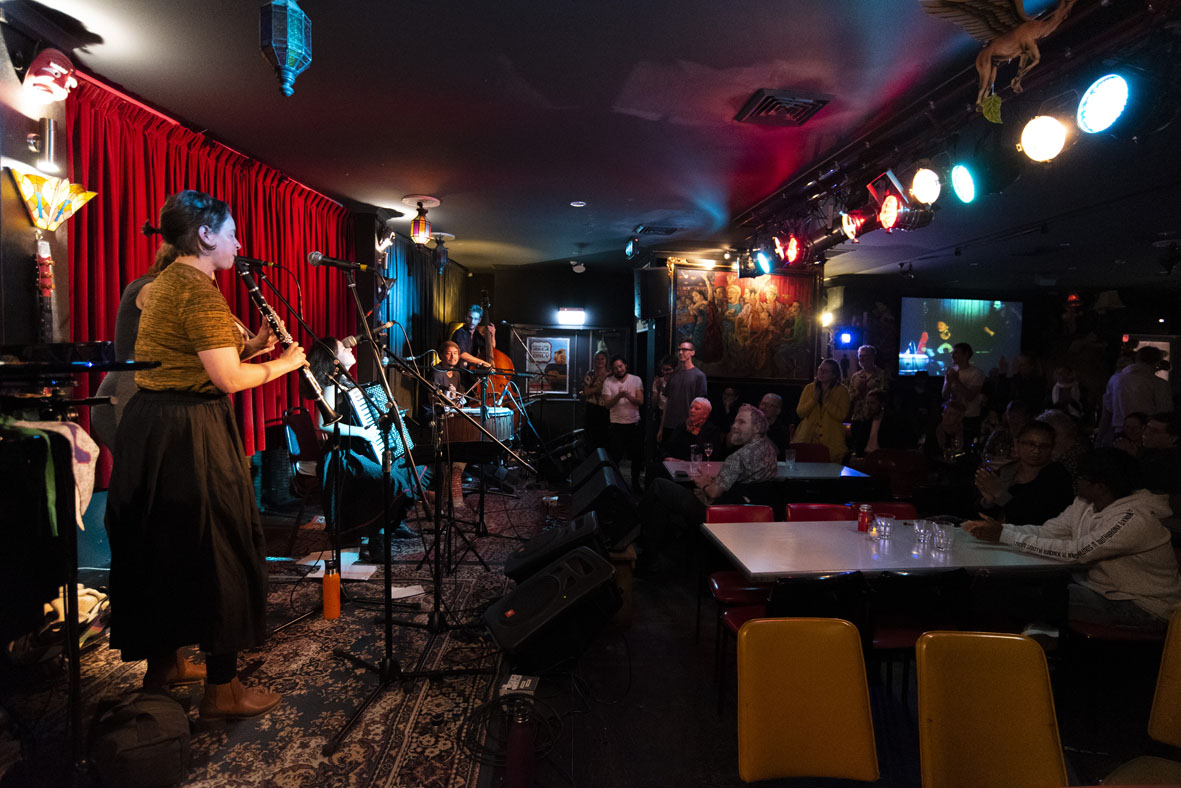 The second half of the evening took a more introspective journey, beginning with the delicate Little Bird, a strain of melancholy supported by strong, steady percussions. Other tracks included the dream-like Am I that oozed with melody, the upbeat Pinguinos and the piano-brilliance of Cedar. It must be said that it was impressive watching the band members move seamlessly between their huge array of instruments, playing with dexterity and purity despite the small, intimate stage. 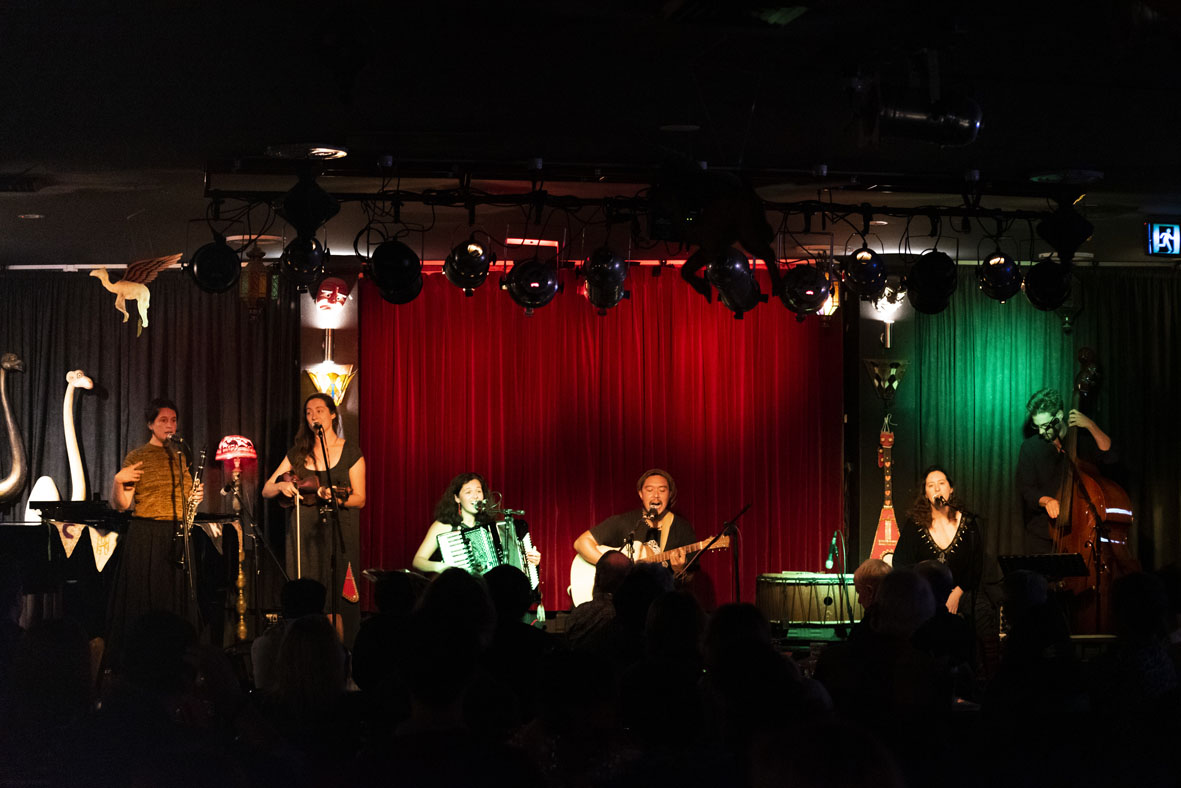 The close out number was the title track of the album, Arrow, which was a fitting end to signify the finale of a wondrous musical journey and the beginning of a new creative chapter.

Arrow is out now on CD and digital download via their website, Bandcamp and Spotify. You can also purchase copies of their songbook. Visit www.chaikaband.com for more info on their music and upcoming gigs.