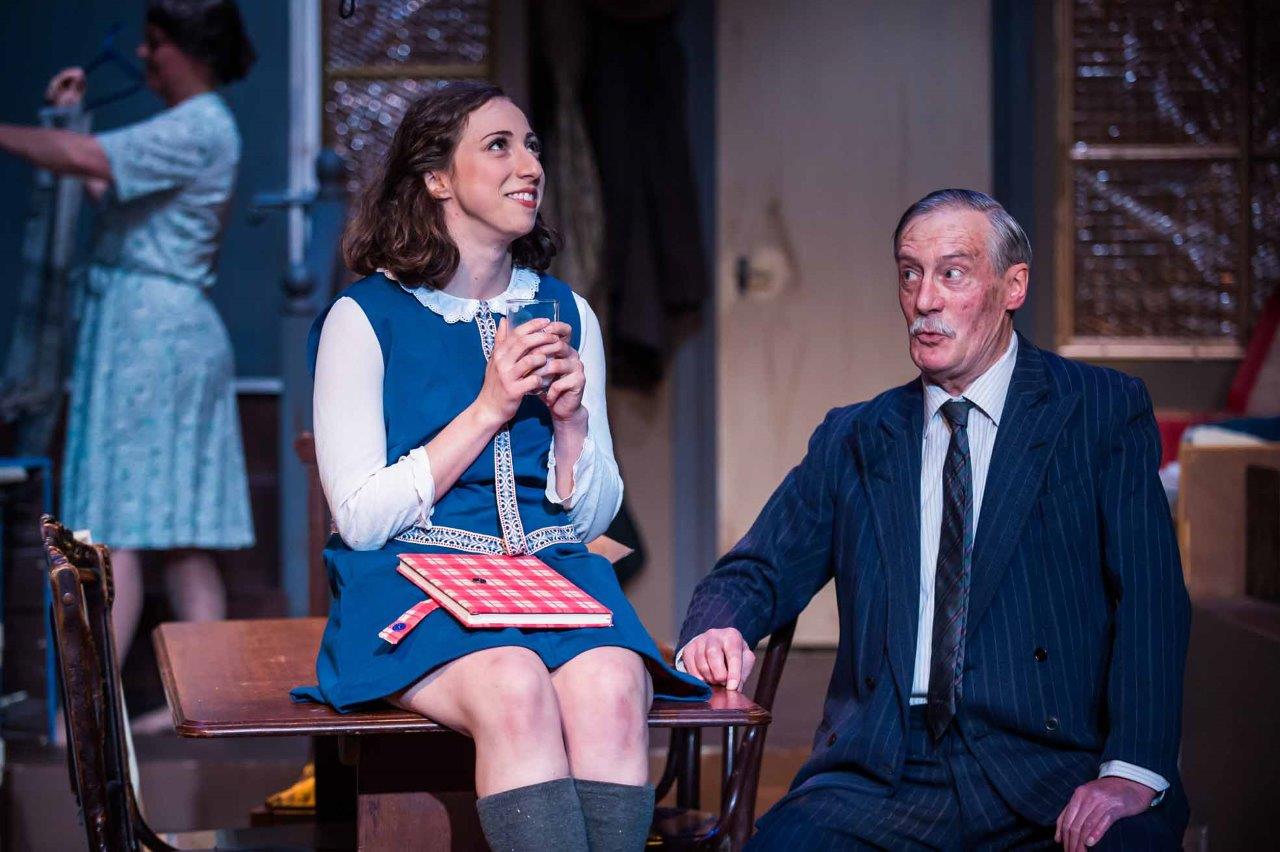 Poignant, warm, tragic and yet surprisingly humorous, The Diary of Anne Frank brings real-life events to the Pavilion Theatre in a stellar production by Castle Hill Players.

Featuring an extremely talented cast and directed by Faith Jessel, this play is based on the titular character, Anne Frank, and the diary she kept during her family’s confinement from the Nazis during WWII. Her diary was posthumously published as a book, The Diary of A Young Girl, which in turn inspired the stage production.

The play reveals Anne’s musings and observations she wrote in her diary, during her period of confinement over two years with her family and acquaintances. Together, five adults and three children all share a hidden room contained within her father’s spice warehouse in Amsterdam, known as the Secret Annex. Provisions are brought to them with the help of Miep Gies, an employee, and Mr Kraler, a business associate of Anne’s father. 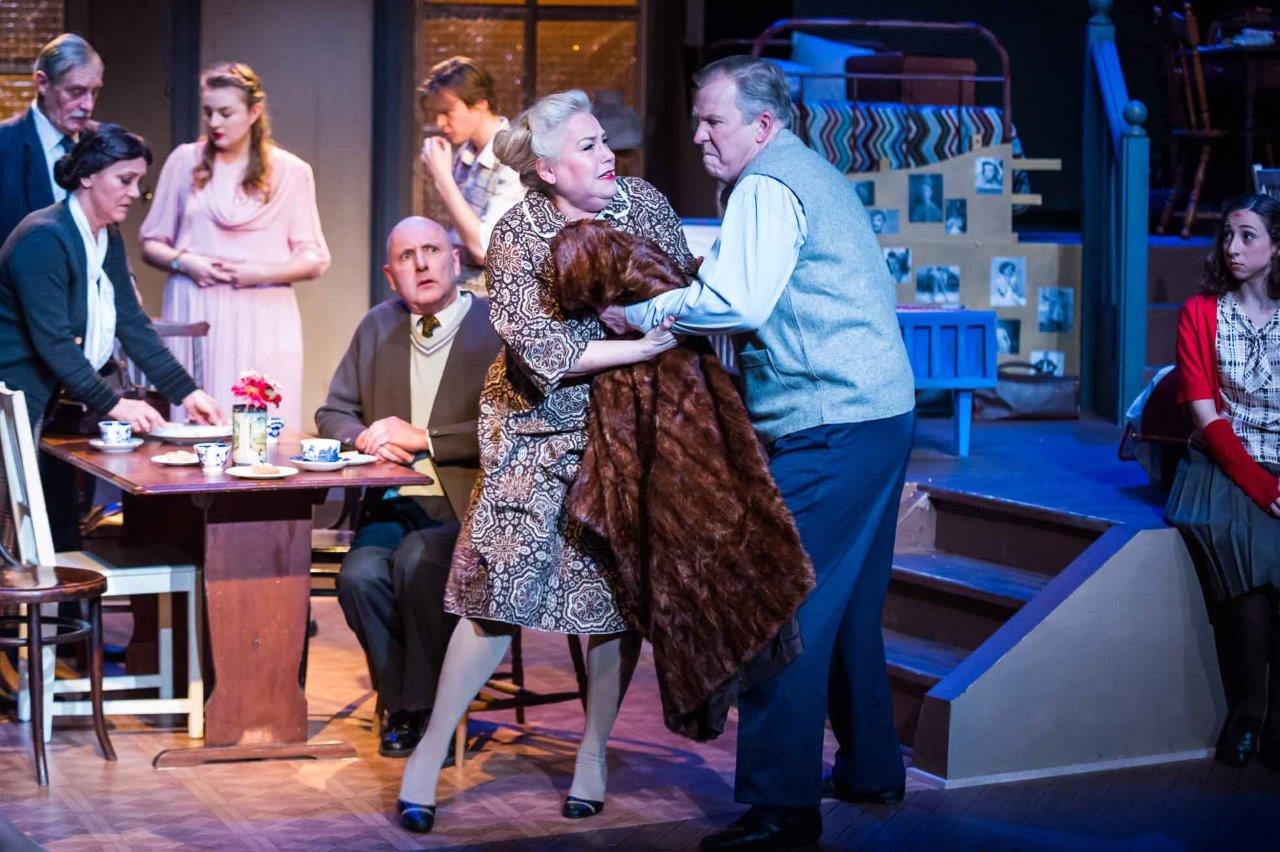 As expected, the stress of the confinement soon takes its toll on the group who are forced to share meager rations, and things start bubbling over into conflict as personalities clash over issues of territory and decency. There are the Matriarchs (Mrs Edith Frank, Anne’s mother, and Mrs van Daan) who desperately want Anne to quieten down and behave more like her studious, placid sister, Margot Frank. There’s the bullish Mr van Daan who frequently has ‘violent discussions’ with his wife (at one point forcing her to give up her luxurious fur coat on the pretext of raising money for the poor, only to then use it as a bribe for cigarettes to gratify his smoking addiction). Mr Dussel, the dentist, appears as a late addition to the refuge party, and turns out to be socially awkward with a touch of OCD. Peter van Daan (son of Mr and Mrs van Daan) is a reticent, surly fellow who quickly catches Anne’s eye (much to the chagrin of his mother). And Otto Frank, Anne’s stoic and practical-minded father, steers the gathering throughout their turbulent daily squabbles and fears, some imagined, and some very real, as the terror of sudden capture looms outside their door. 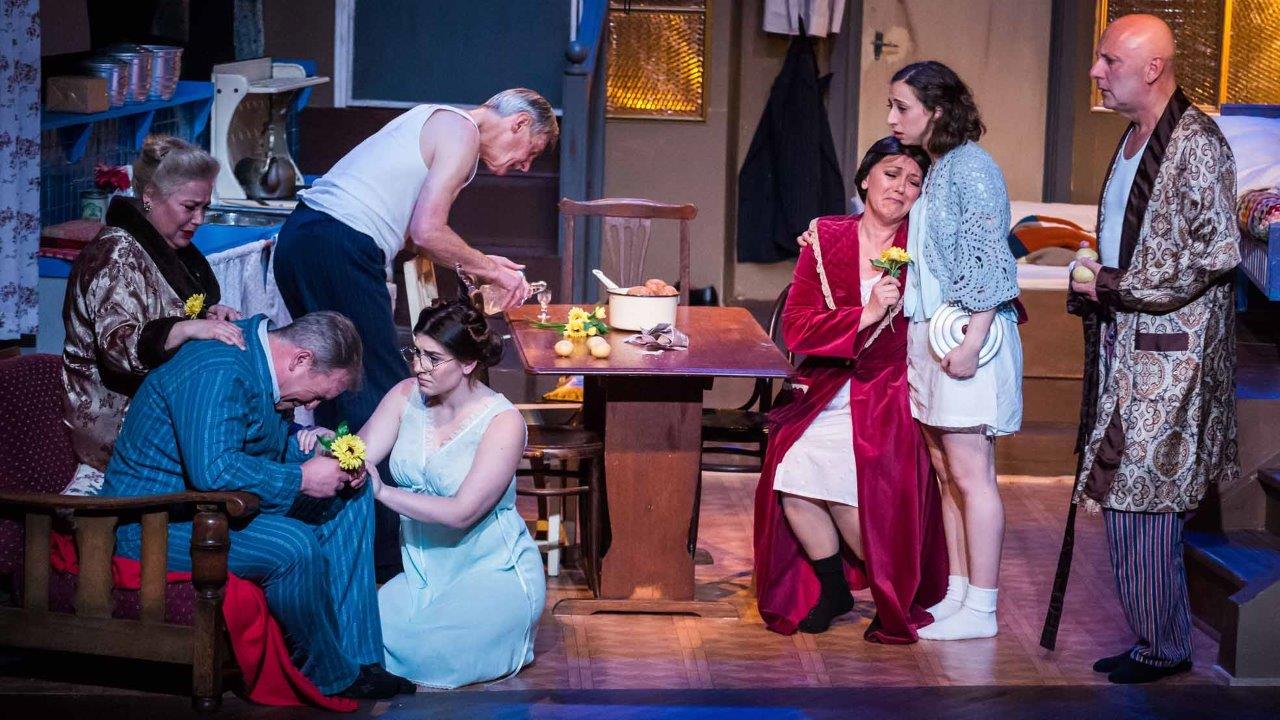 At the heart of the play is of course, Anne – a mischievous, high-spirited teenage girl on the cusp of puberty with a vivid imagination and a penchant for talking back to adults. Her diary is a refuge to ‘speak her mind’ about the injustices not only of the war, but of being confined by the rules and expectations of her gender. At one point when Mr van Daan tries to put her in her place, she shouts back that she is going to do wonderful things with her life. She refuses to be defeated by her circumstances.

Despite her frustrations at being confined, Anne also displays a clever resourcefulness, even managing at one point to fashion a range of gifts for her group, using mere scraps of leftovers. These charming scenes not only lend comic relief to a serious subject matter, but also show the warmth and humanity of people who are bonding in the face of their impending, unspeakable grief. 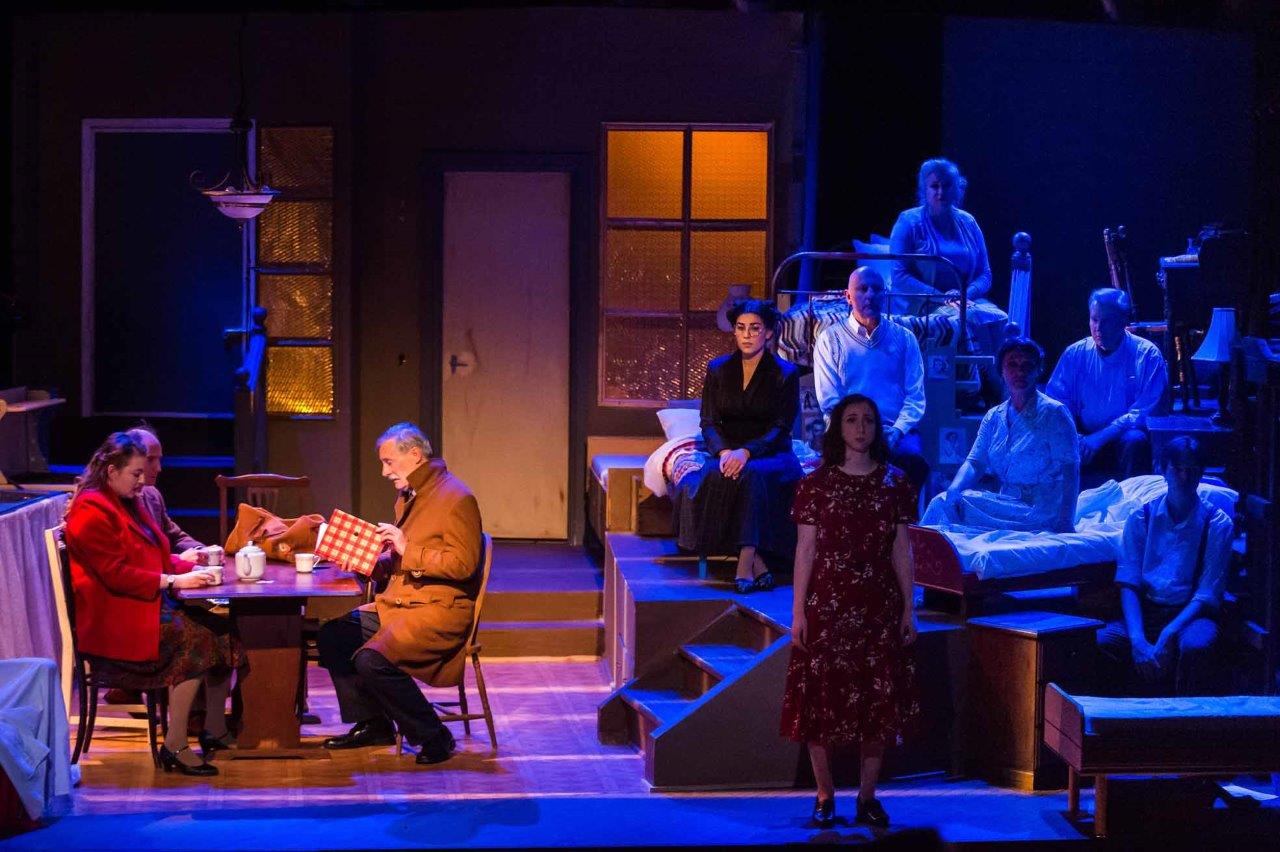 The Diary of Anne Frank is currently on at Pavilion Theatre, a short walk from Castle Hill Metro station. For performance dates and times, visit www.paviliontheatre.org.au.