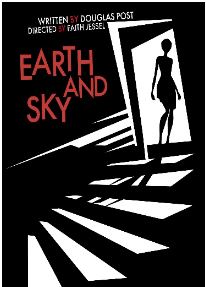 Earth and Sky offers a timely reminder that corruption never pays and delivers a reckoning with teeth in the form of an intelligent heroine.

Seeking her truth in a seedy and dangerous world of underground criminal activity is Sara McKeon (Kate Jirelle), a young idealistic woman in love with her boyfriend of 10 weeks (David Ames, played by Jason Spindlow). When he is brutally murdered in a late-night alleyway attack, Sara begins to discover the unsavory details of his life, but the version fed to her by the detectives (Ben Freeman and Blake Michael Paish) just doesn’t seem right. Not only does she have to endure a great deal of chauvinism about how she should just stay home and keep out of sight, but also being gaslighted, hit-on and attacked when she refuses to back down. Her determination to find the truth keeps her going, even when her own sanity is at stake as everyone around her withholds vital information from her. 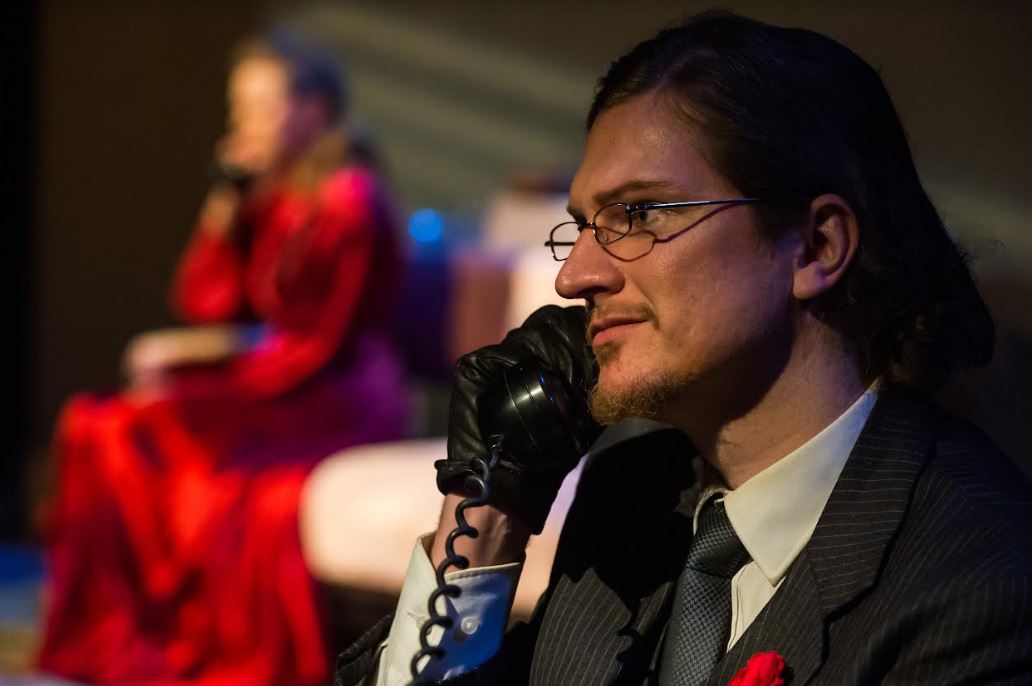 The play by Douglas Post has been unfairly criticized in various circles for writing a female heroine that “doesn’t seem believable”; she is, after all, a self-confessed poet that works at her local library. But this isn’t a cliché of a bookish heroine suddenly turned rouge and bad-ass, but a means to explore conflict and oppression on several different levels: she’s an attractive young woman “with nice breasts” (as crudely described by Detective Weber) who could easily take the advice given to her and just ‘let the boys do their jobs’. And yet, this complacency is precisely the cancer that is affecting contemporary society as we speak. Douglas Post may not have intended his play to be contemporary but it is relatable, a point driven home when the biggest laugh from the audience came when Ames quips “the health inspector is arriving at work and I need to pay him off”. The reaction at the sheer audacity of it is an extraordinary wry observation that this sort of corruption exists, and yet somehow it is accepted to be perfectly normal. 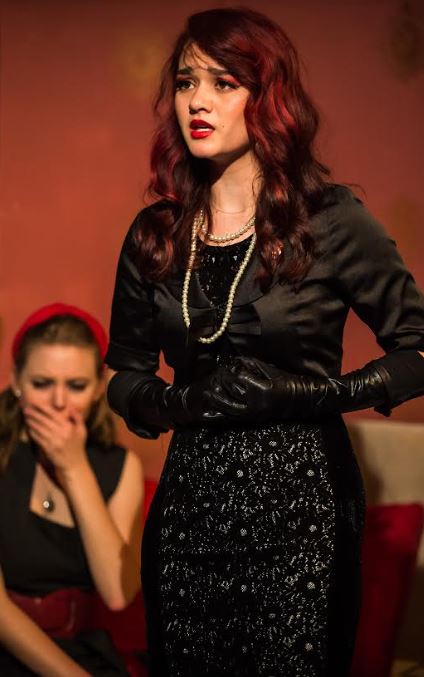 The director, Faith Jessel, lives up to her name of being faithful to the old-Hollywood genre of film noir, whilst giving us a delicious setting and slick stage direction that is a signature hallmark of all the plays produced by Castle Hill Players. There are no confusing gender-swapped roles or characters playing multiple characters all at once, but a beautifully crafted and haunting atmosphere that lets the story be told without a confusing muddle of contrived theatrics. 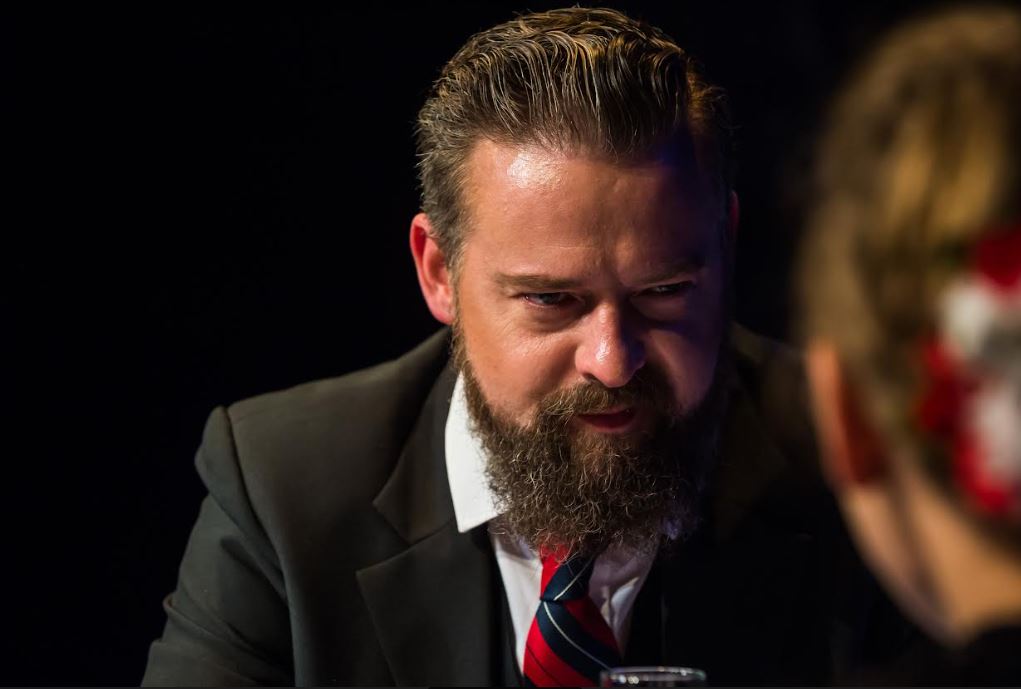 Cast and crew do an excellent job of bringing old-Hollywood glamour to life, with a special shout out to fellow librarian Joyce Lazlo (played by Christine Wilson) for giving the best (and very believable) girl-power moment of the night. 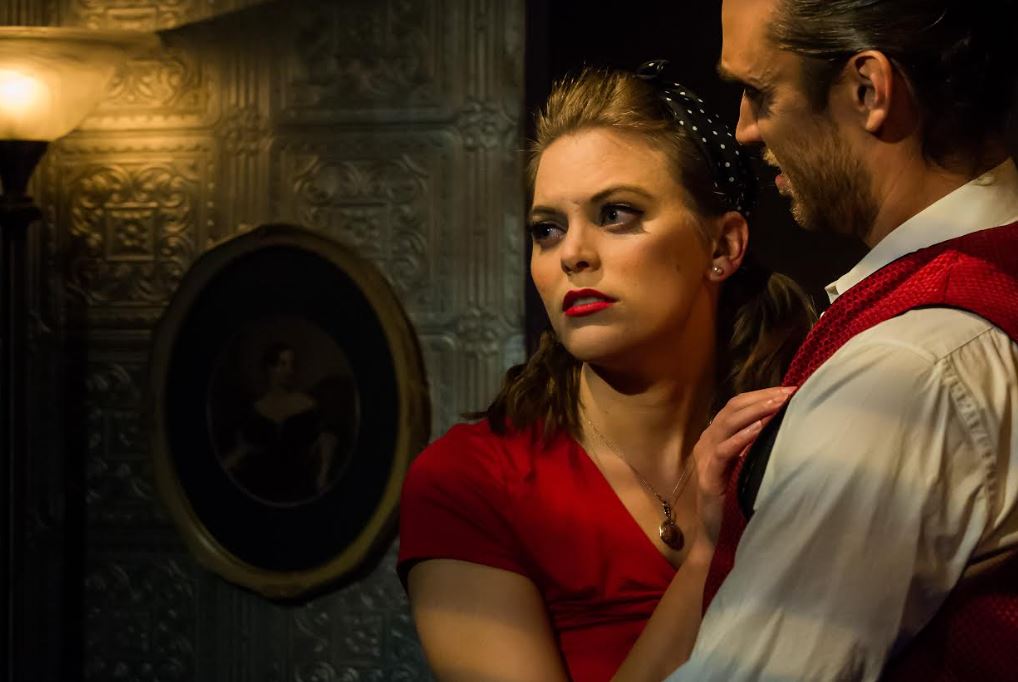 Earth and Sky written by Douglas Post and directed by Faith Jessel is playing at The Pavilion Theatre in Castle Hill from 13 May – 14 June 2022. Tickets can be purchased from paviliontheatre.org.au