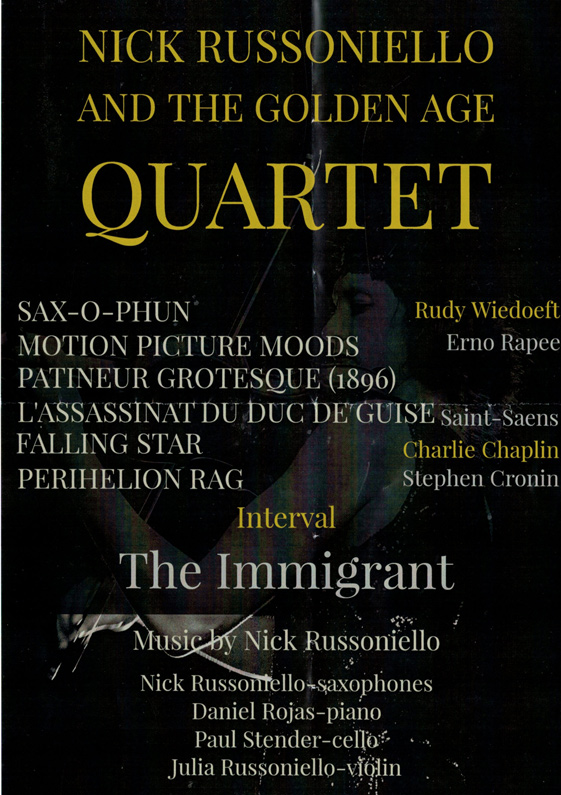 I don't think I'm alone when I say that I typically don't give much thought to the soundscape of a silent film. But Nick Russoniello has, and it seems he's researched the genre thoroughly. I was truly fascinated by the concept behind the concert- bringing to life early cinema as it would have been, with authenticity and zest.

Silent Films graced our cinemas nearly one hundred years ago, and they were a lot more creative than we would initially believe. Russoniello took us on a cinematic journey, spending time in the first half educating us on how sound was paired with visuals, and the creative processes involved in early silent cinema. 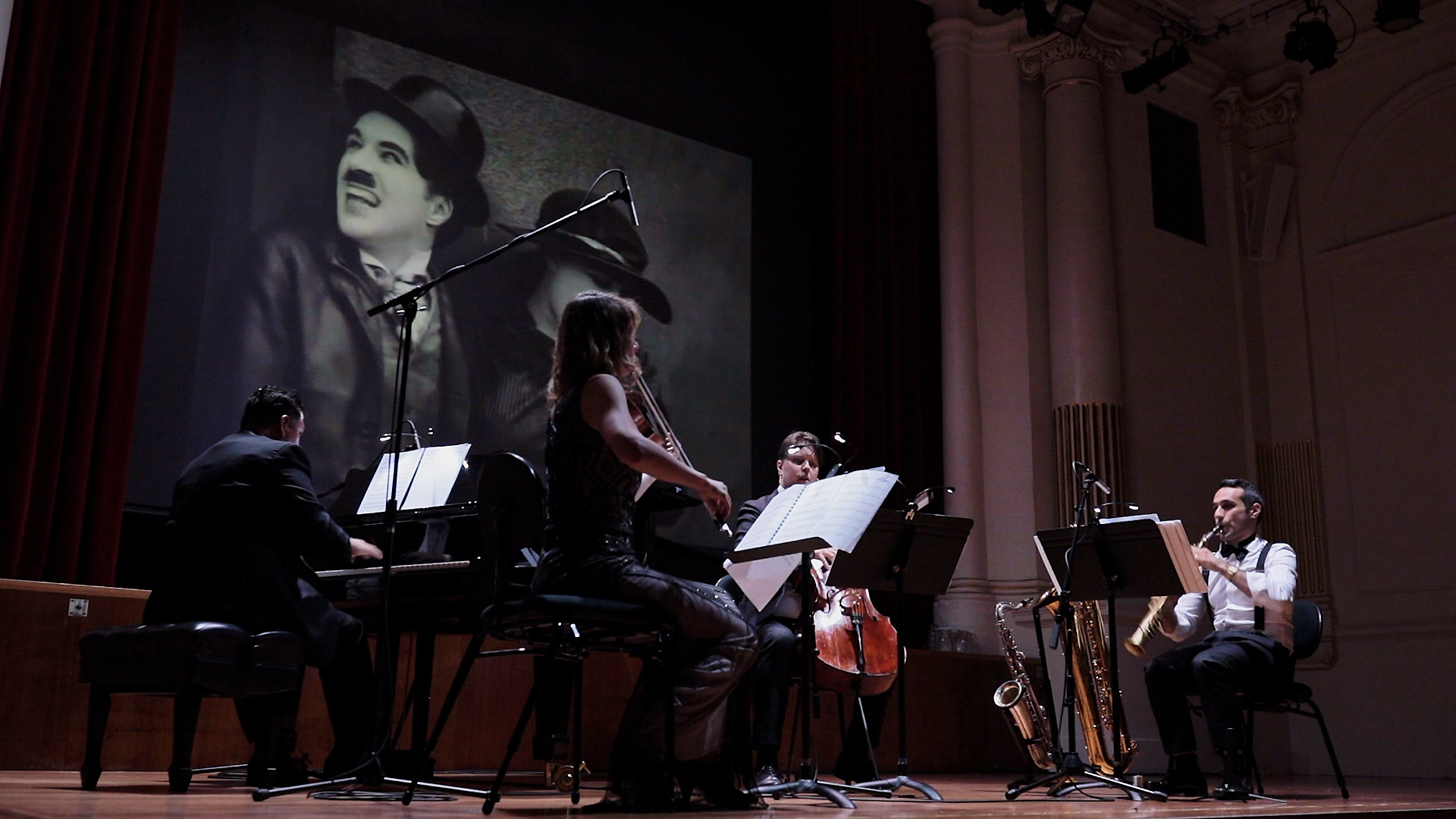 Daniel Rojas, a masterful pianist, then took the spotlight and improvised several sections to a short film- in fact, the very first footage ever shot in Australia. Finally, violinist Julia Russoniello and cellist Paul Stender joined the stage to form a quartet. They played with original orchestral scores to create cinematic atmosphere, such as suspense, stealth, love, melancholy, and more. Interestingly, some of these pieces were written by famous composers such as Grieg and Camille Saint Saens. Later, Russoniello himself demonstrated how this music should have sounded on several 1920s variations of the saxophone; beautiful instruments that are no longer in use. 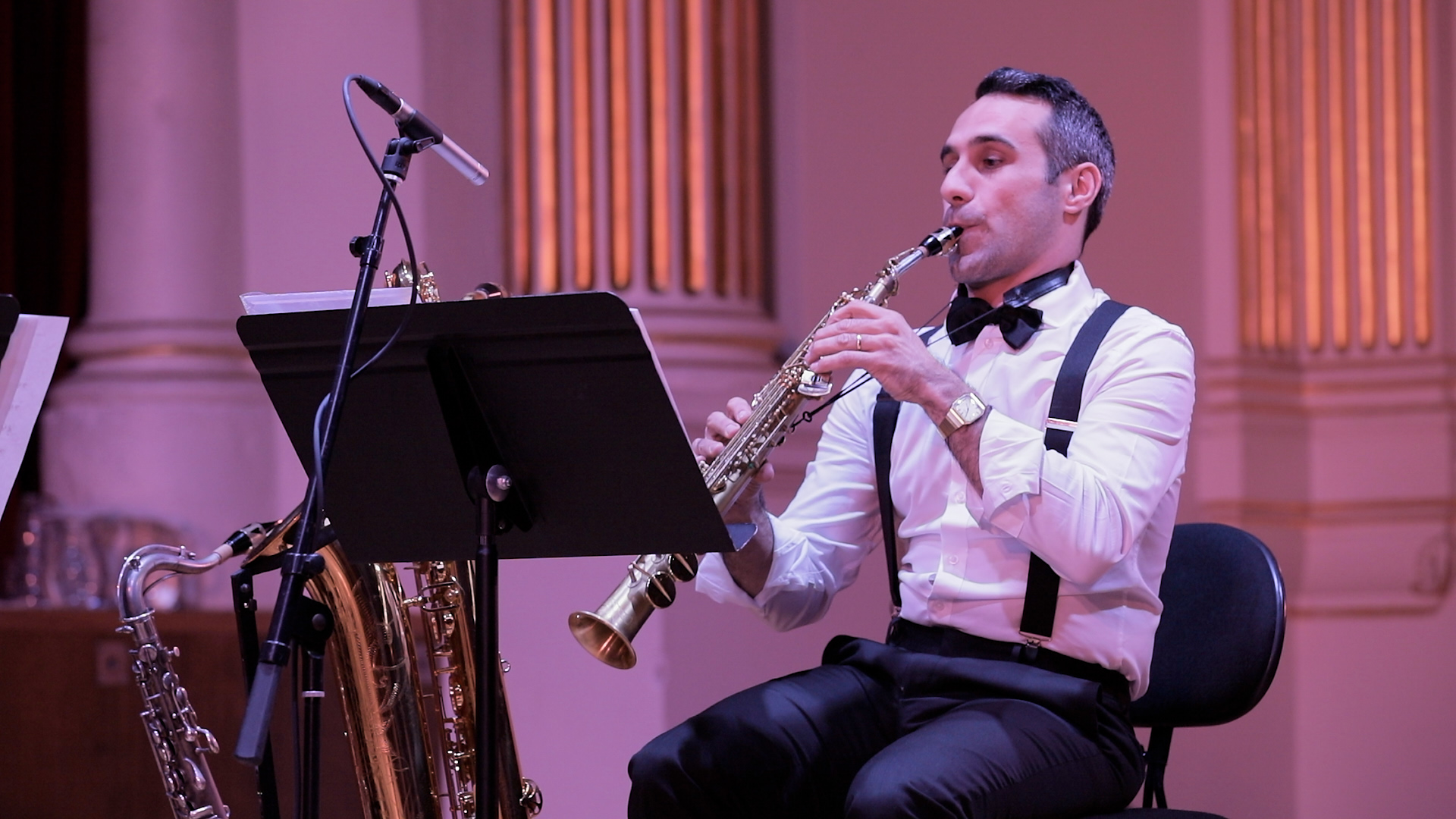 This was such a fantastic way to set the scene. I was awe-inspired at how much research Russoniello and his quartet had done, and just how talented they were individually. The second half was a screening of Charlie Chaplin’s “The Immigrant”, accompanied by an original score Russoniello had written for this occasion. Having been provided the context for this performance, this screening went down a treat.

On a side note, this musical journey back through time restored The Independent Theatre back its former glory as a film theatre. Art deco and gilded in gold, this theatre in North Sydney was the perfect place to showcase a history of music in cinema. The event itself, “A Prelude in Tea” offered tea and cakes in the atrium before the concert began. Such a civilised way to spend a Sunday afternoon! 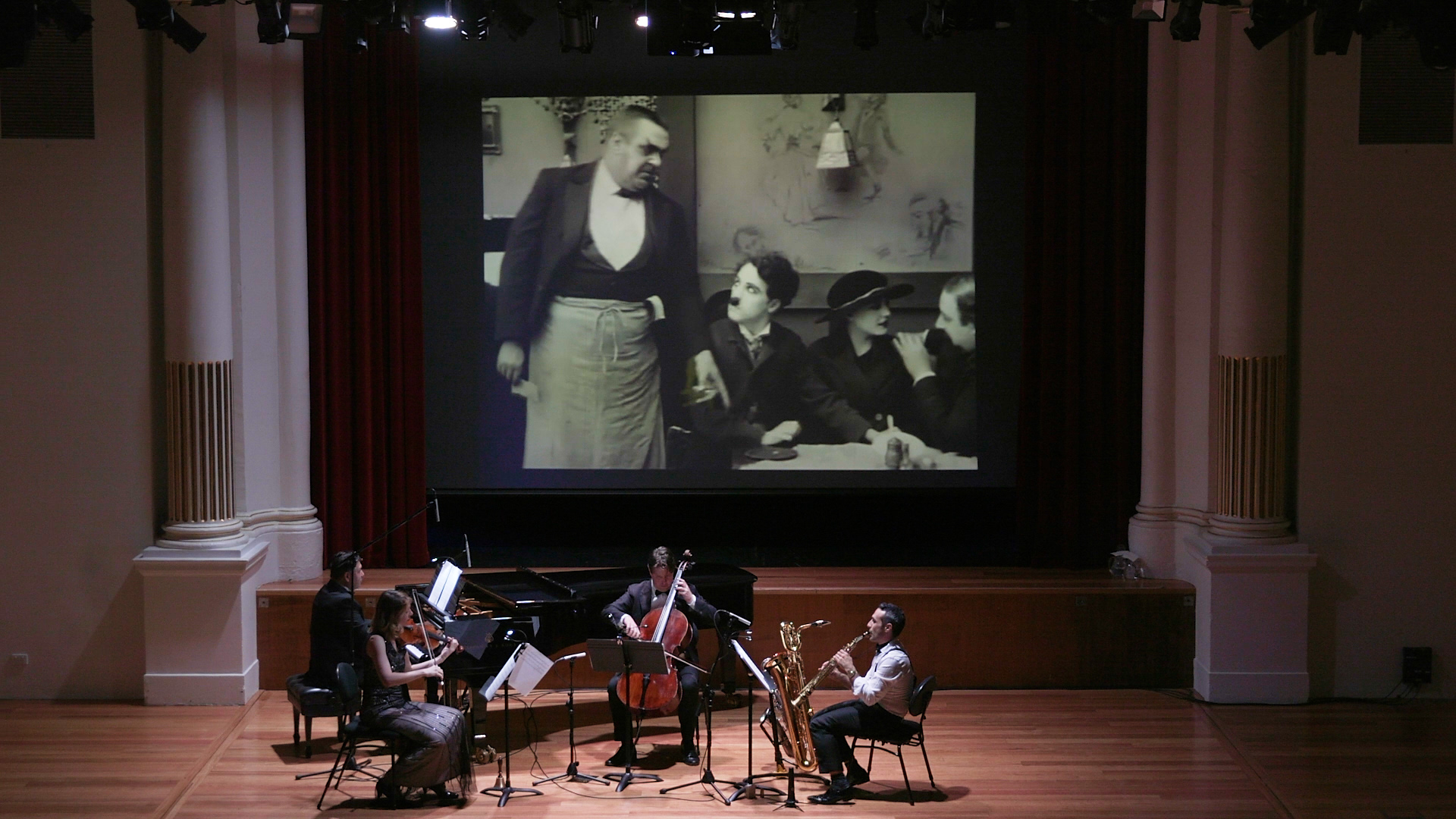 Echoes of the Picture Palace is a truly unique and remarkable event. I was glad to learn about early cinema through a showcase of fantastic musical talent.