The 27th 'Flickerfest' International Short Film Festival 2018 kicked of at Bondi Pavillion last weekend, with its first session at the Gala Opening on Friday night.

Flickerfest has earned a reputation over the years as the most cutting-edge dedicated short film event on the Australian landscape. This years 100+ shorts were selected from 2500 entries, representing some of the worlds most exciting and innovative emerging filmakers, and will be screened over 22 programmes during its 10 dayfestival run ending Sunday 21st Jan. 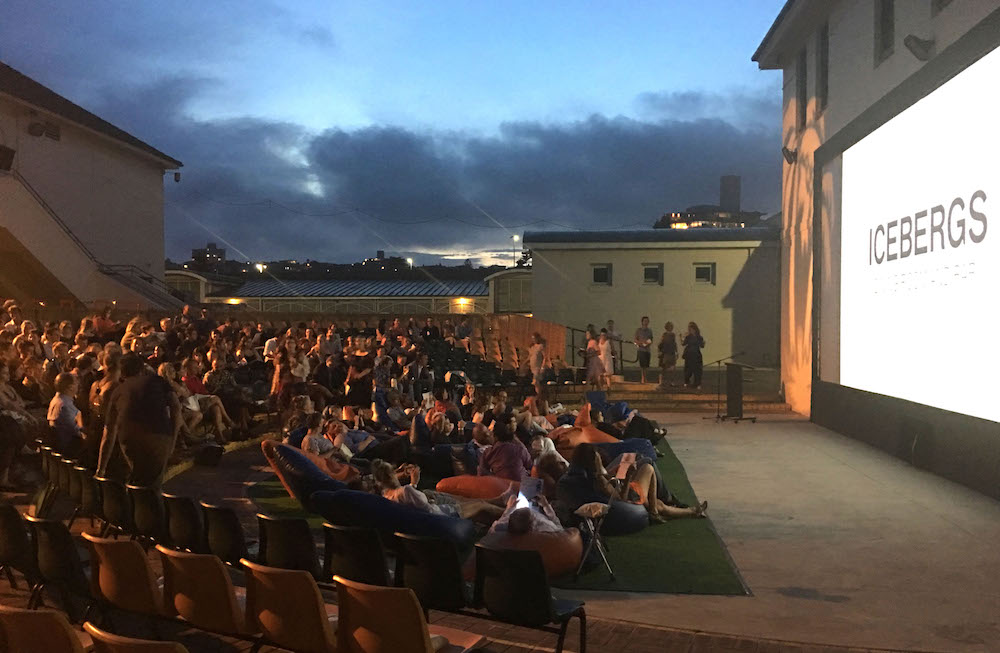 For all that blather, this is a genuine indy event; what you're watching is something that someone somewhere believed in and had the imagination and inspiration to create. With just enough resources to amaze and delight. Low-budget as genuine 'look and feel'. Art with smarts. It throws a bit of color back up onto Sydney's sometimes jaded facade.

Friday's red carpet was followed by twilight screening in the mini-amphitheatre behind the pavillion. Standout items were 'Second Best', a quirky-sweet number about a couple of twins and how being the wrong one doesn't mean you aren't equal, or something, and 'Martha the Monster', which was either about alienation and what it takes to find yourself, or else (as the film's director put it) it's about 'what kid-show puppet monsters do when they get older'. Or both. Whichever way it goes you can see I had fun.
The Festival's awards will include: Flickerfest Best International Short Film, the Yoram Gross Award for Best International Animation, the Virgin Australia Award for Best Australian Short Film, and the Flickerfest Award for Best Documentary, plus a bunch of category awards.
Major partners include Screen Australia, SAE Qantm, Create NSW, Sydney City of Film and others. Technical partners (sound) Loud and Clear, and Azure.

Check the programme and ticketing at flickerfest.com.au. After its Sydney season, Flickerfest hits the road for a 50+ venue national tour, so see some before it goes away for another year.