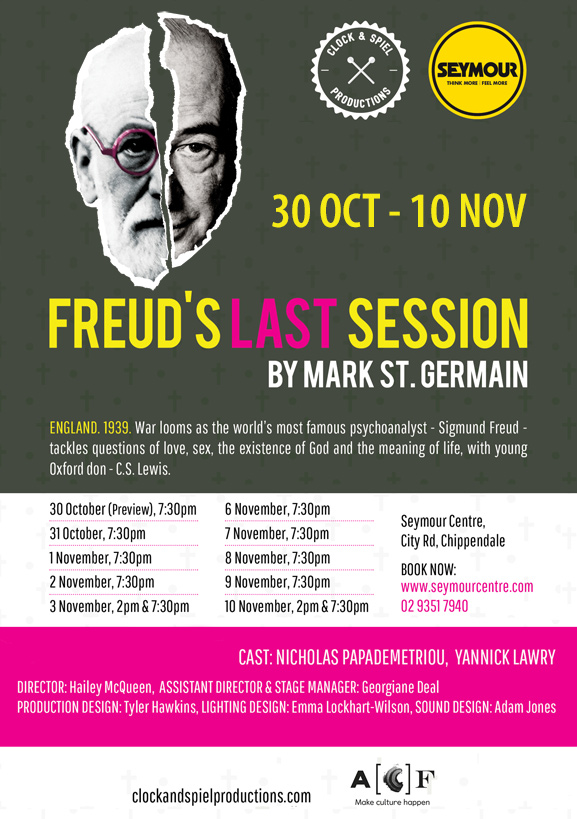 Playwright, Mark St. Germain fictionalises the encounter of Sigmund Freud, the father of psychoanalysis and C.S Lewis, famous novelist most widely known for the ‘The Chronicles of Narnia’, in his stimulating and often heart wrenching play, Freud’s Last Session. As air raids boom vibrations through the floor and intermittent radio announcements set the scene, the play offers an insight into a thought-provoking debate between two of the 20th century’s greatest thinkers. Amidst the turmoil of the beginnings of WWII, two men with radically different worldviews discuss God, faith, sex and family. Not only this, but the play manifests humour in even the darkest of times. 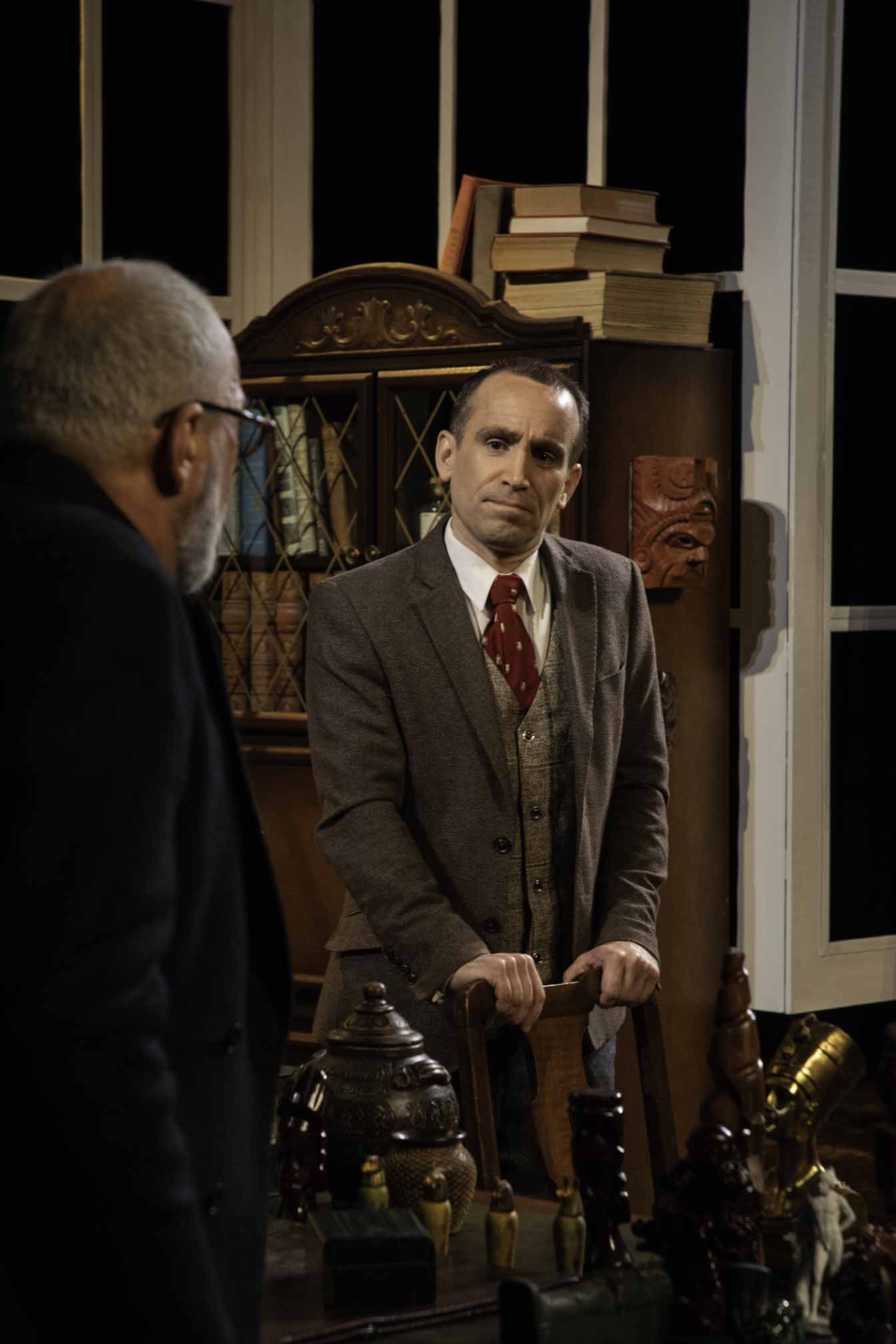 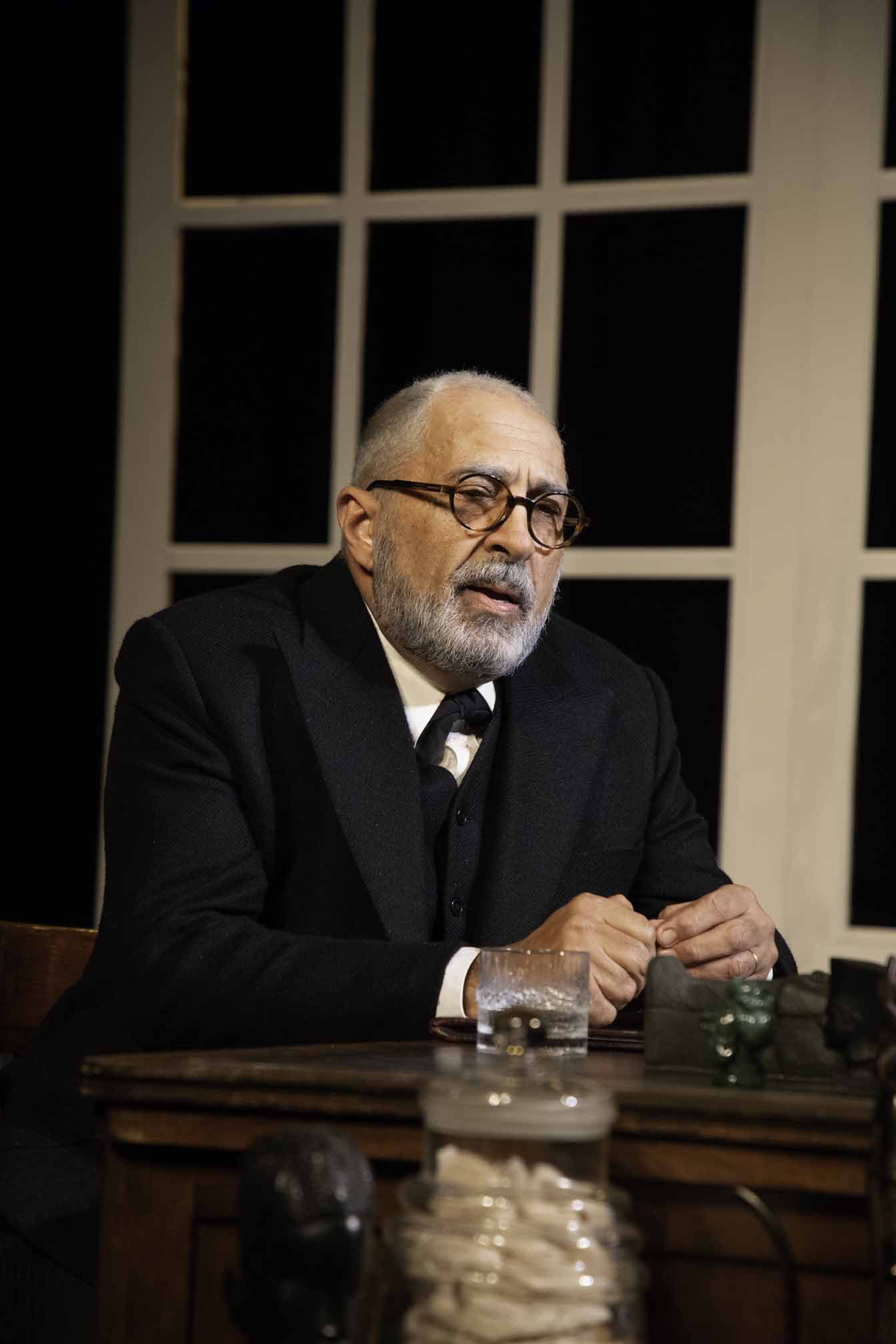 Directed by Hailey McQueen and starring Nicholas Papademetriou and Yannick Lawry, Freud’s Last Session is playing at the Seymour Centre in Chippendale until the 10th of November. 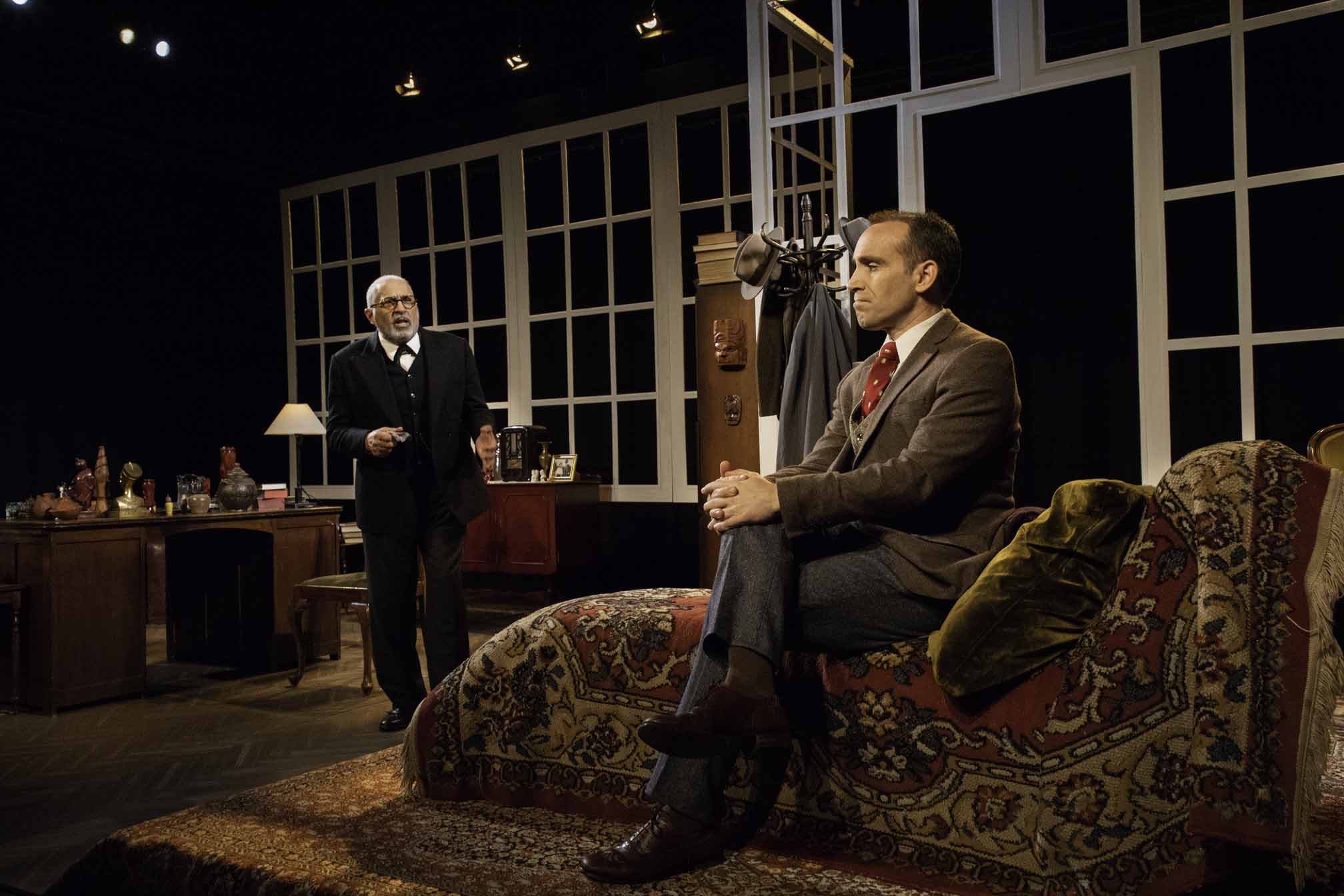 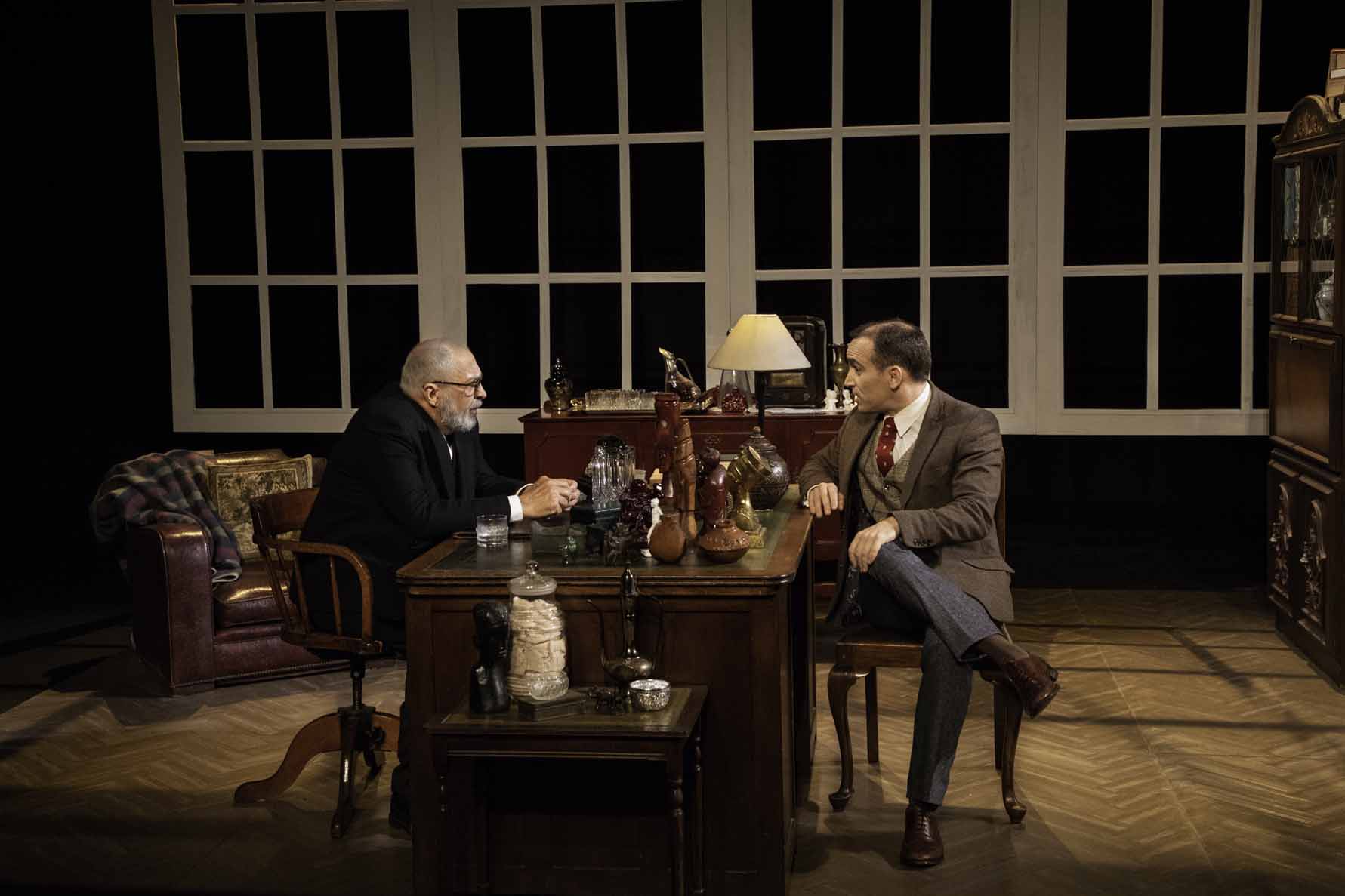