Glengarry Glen Ross is one of David Mamet’s most iconic masterpieces about the cut throat world of real estate and the sleazy salesmen who work for it. Memorable for its overcharge of testosterone and F-bombs, Mamet’s play is a reflection of his own personal experience in working in real estate, where premium leads are everything and salesmen must compete with each other in a savage battle for survival. This version, presented at New Theatre and directed by Louise Fischer, whilst being very faithful to the text, unfortunately lacks the charge, conviction and desperation that made earlier versions (including the movie adaptation) extremely compelling. 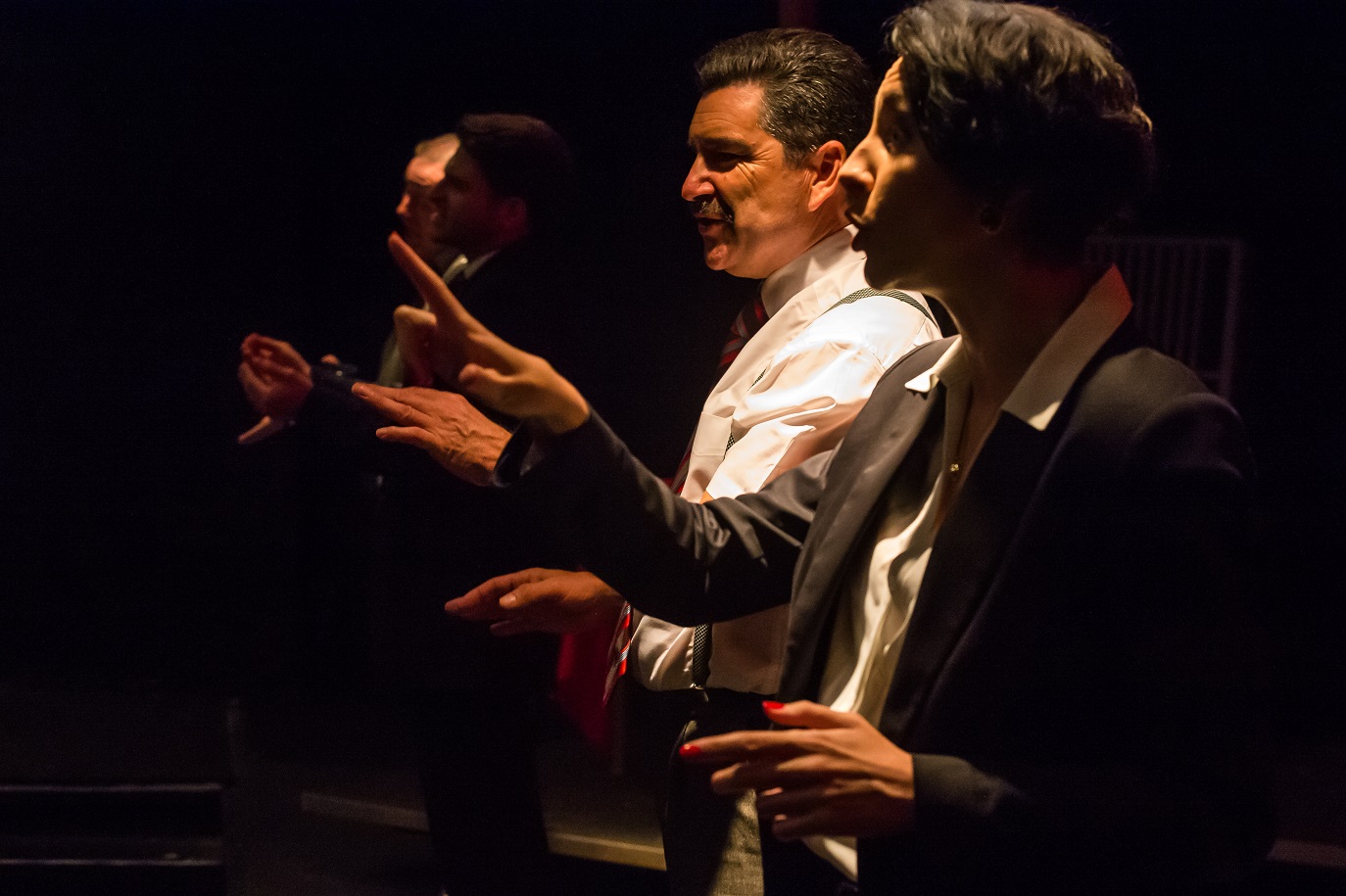 From the outset it is clear that this production is not set out to do anything too groundbreaking, other than cast a few male characters with female actors. Interestingly, whilst the gender swap works quite well with the dialogue, the character names are not changed to more female-centric names. It’s a missed opportunity as the actors more than hold their own with their power and cunningness, and in Moss’ case (played by Hannah Raven) completely owns the role as a domineering woman. The use of male names, therefore, is jarring and reduces the role to ‘a man played by a woman’ as opposed to ‘the character is a woman’. 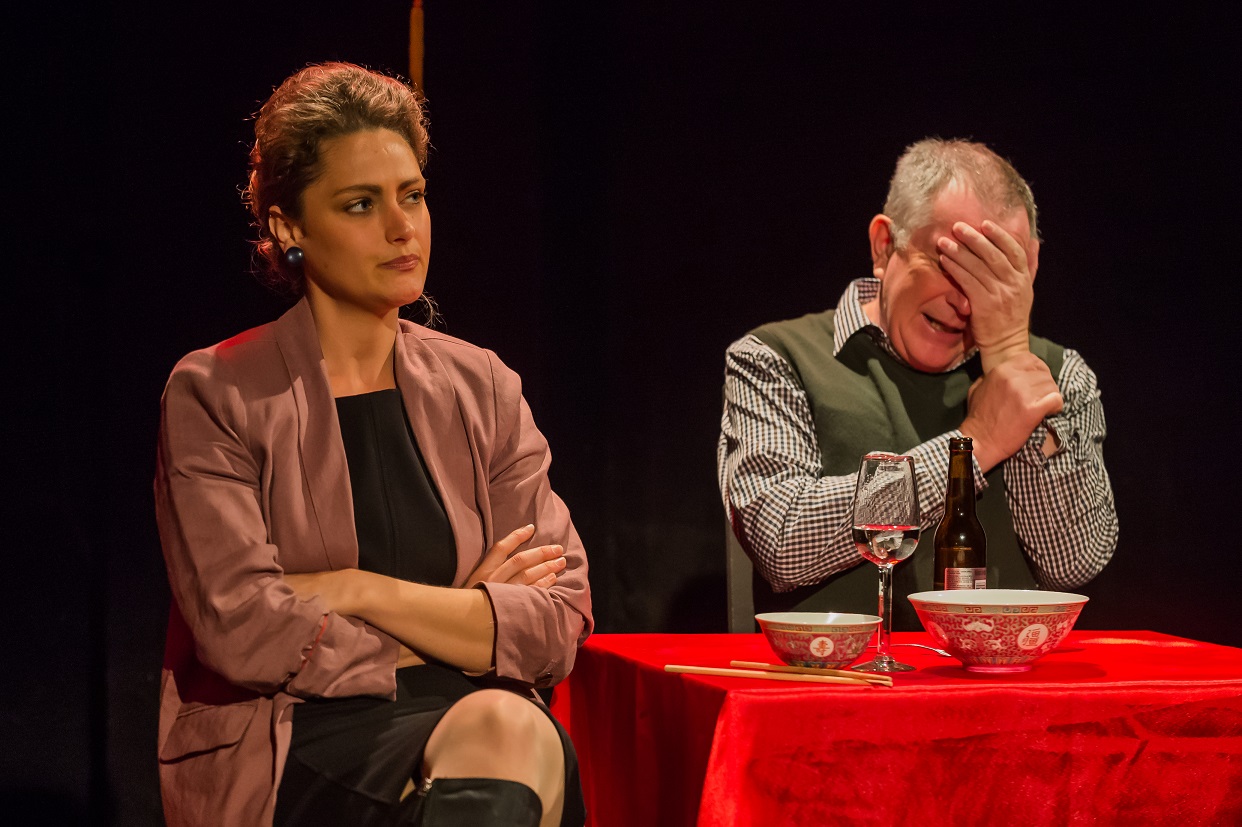 The opening setting is a dimly lit Chinese restaurant, where each table shows a vignette of the cast talking in pairs at a time; Levene (Mark Langham) pleading for better leads from his supervisor, Williamson (Caroline Levien); Moss and Aaronow (Andrew Simpson) speculating on a hypothetical robbery to steal the good leads, and Roma (Oliver Burton) seducing a potential client, Lingk (Adrian Adam) to buy an expensive piece of land, aka Glengarry Glen Ross. 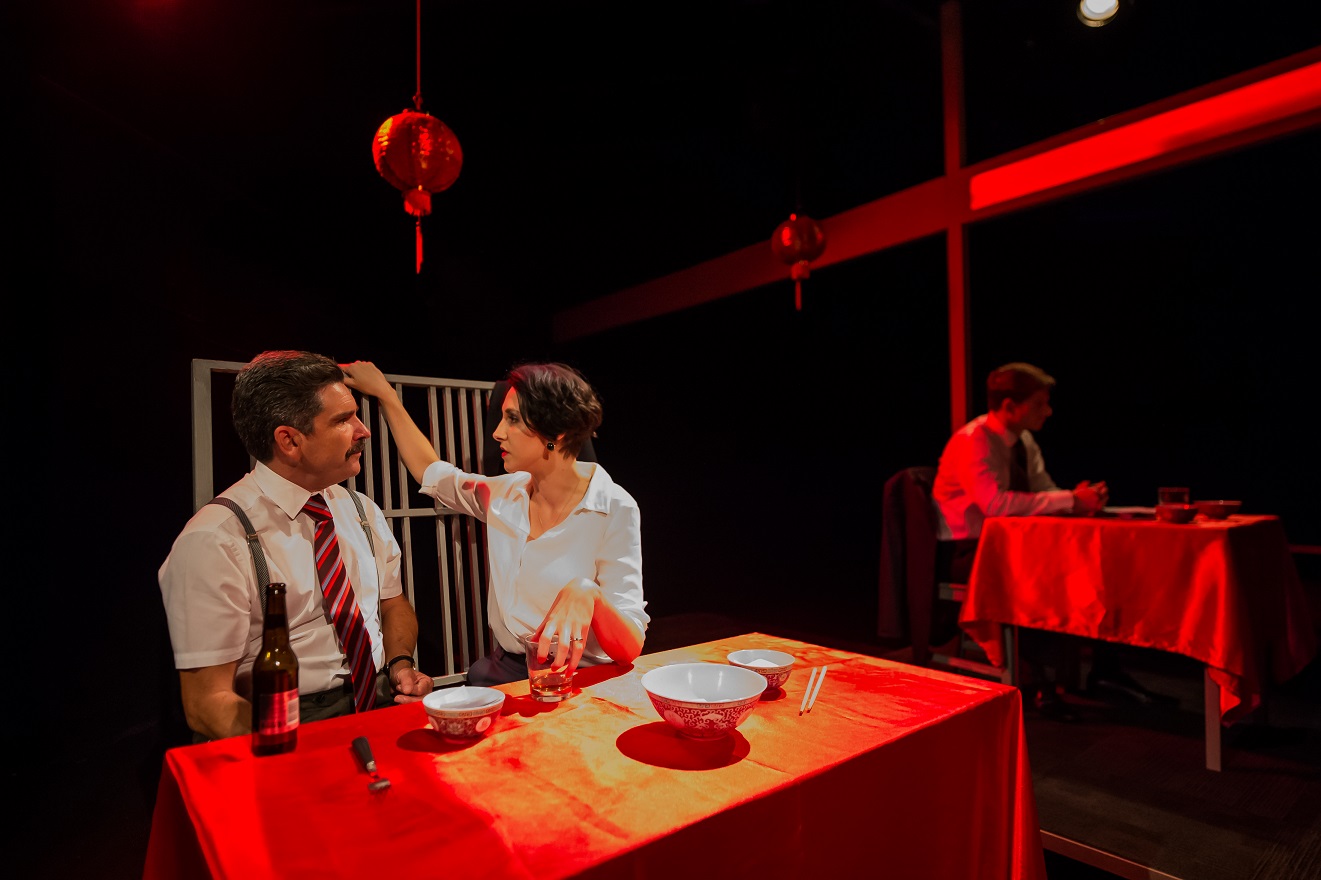 The vignettes are long and wordy, and very little action takes place, thus relying on the actors to deliver strong convictions on what they want in each situation. It’s a shame that this opening, whilst carefully set up, lacks the fire and punch that could have made the interactions much more interesting. It feels that whilst the dialogue is technical and clean in its delivery, the scenes are devoid of any emotional impact. The back stories (which interestingly were played out off-camera in the movie version to elicit more authentic performances), are not brought to light, and, thus, misses the chance to bond, identify, and sympathise with the characters’ plights. We don’t really feel Levene has much at stake to lose (other than a bit of dignity), nor that Lingk is beside himself with fear that he may never get his money back after his wife impresses upon him to change his mind. The final line (directed to Levene when he asks ‘Why are you doing this to me?” To which Williamson responds “Because I don’t like you”) feels soft and inconsequential rather than a cold slap in the face. The issue of the weak leads are also glossed over, as is the secrecy surrounding the good leads and why Williamson guards them so savagely. 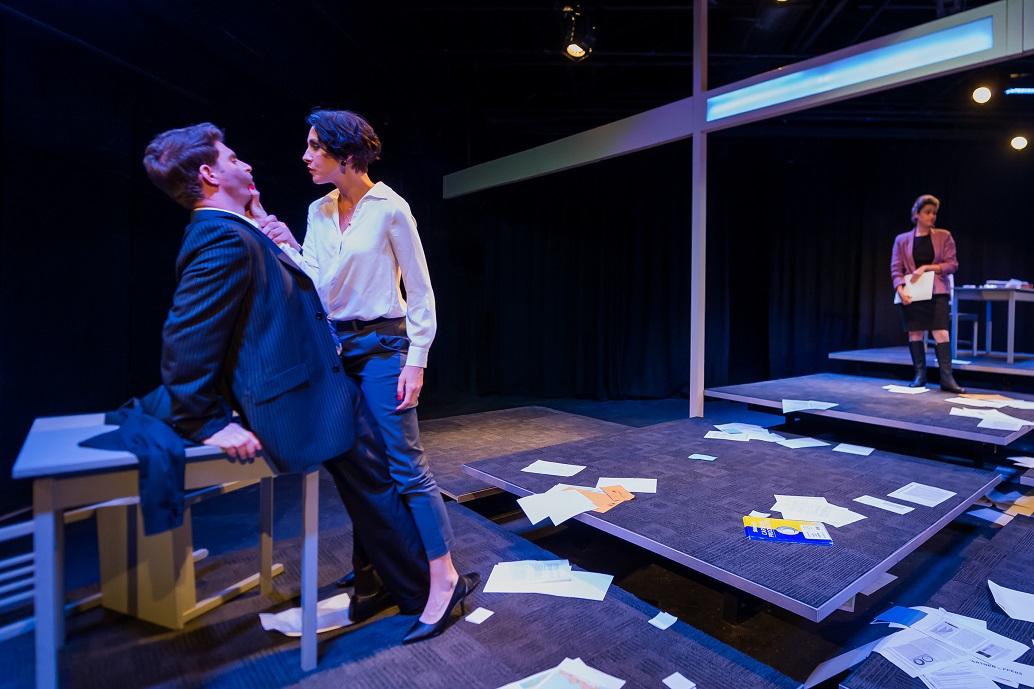 Overall, this production at New Theatre is a competent rendition of Mamet’s vision, but lacks any real conflict to create enough tension, or conviction, to close the deal.

Glengarry Glen Ross is playing at New Theatre till 10 April 2021.