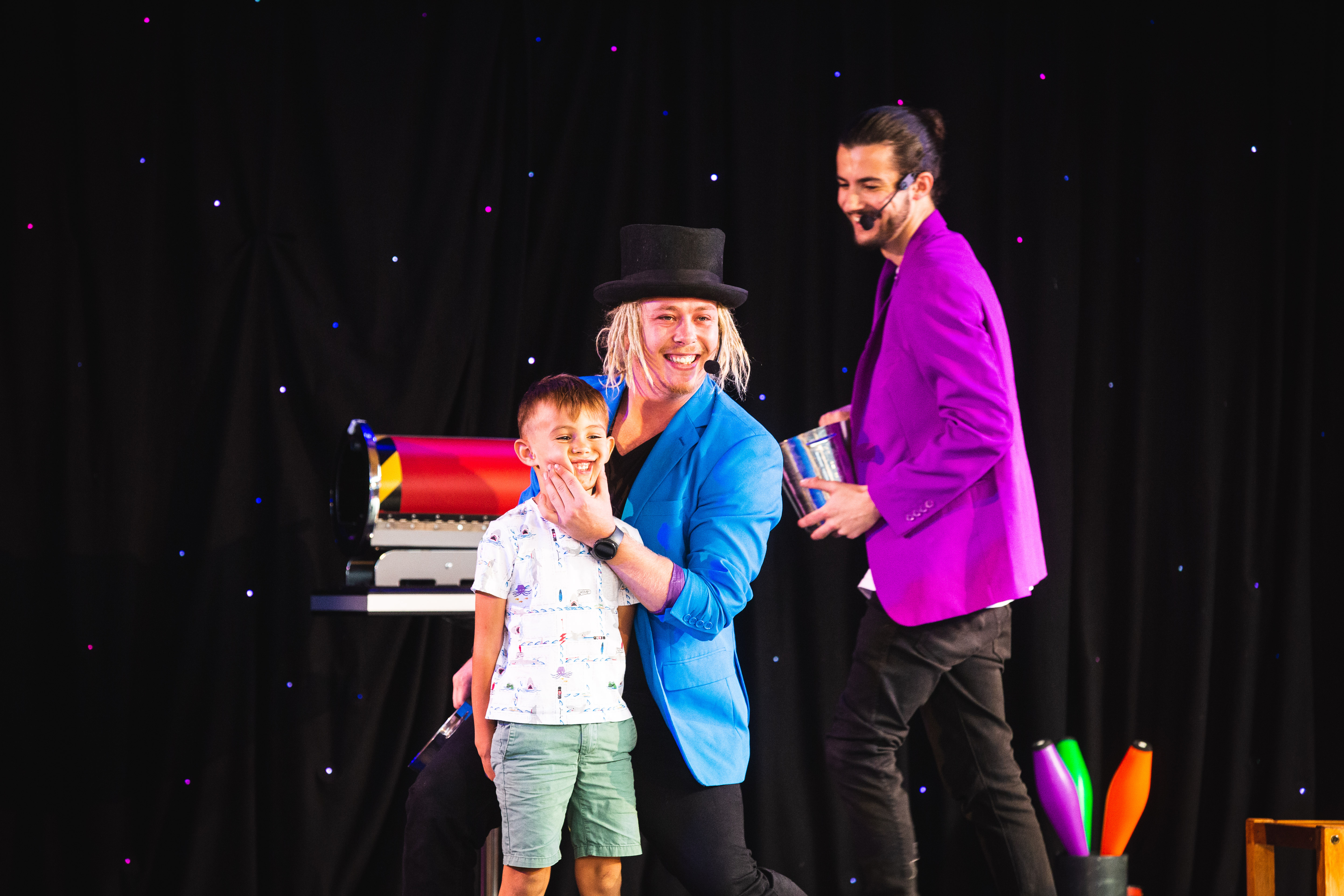 Screaming kids, stomping kids, clapping kids, jumping kids, laughing kids! Kids of all ages, just going crazy. That is what you get when you see the multi-award-winning, smash sensation, The Greatest Magic Show!

Part of the Sydney Fringe Festival, the show has it all. There's magic, juggling, jokes for kids and adults alike, there's glitter, there's razzle-dazzle, danger, audience participation, a ringmaster, a loose pair of undies and even a white bunny.

Sitting in the audience found myself surrounded by grinning faces, eyes filled with exhilaration and wonder, and that was just the parents.  The kids were absolutely insatiable and bursting with excitement and the eyes popping out. 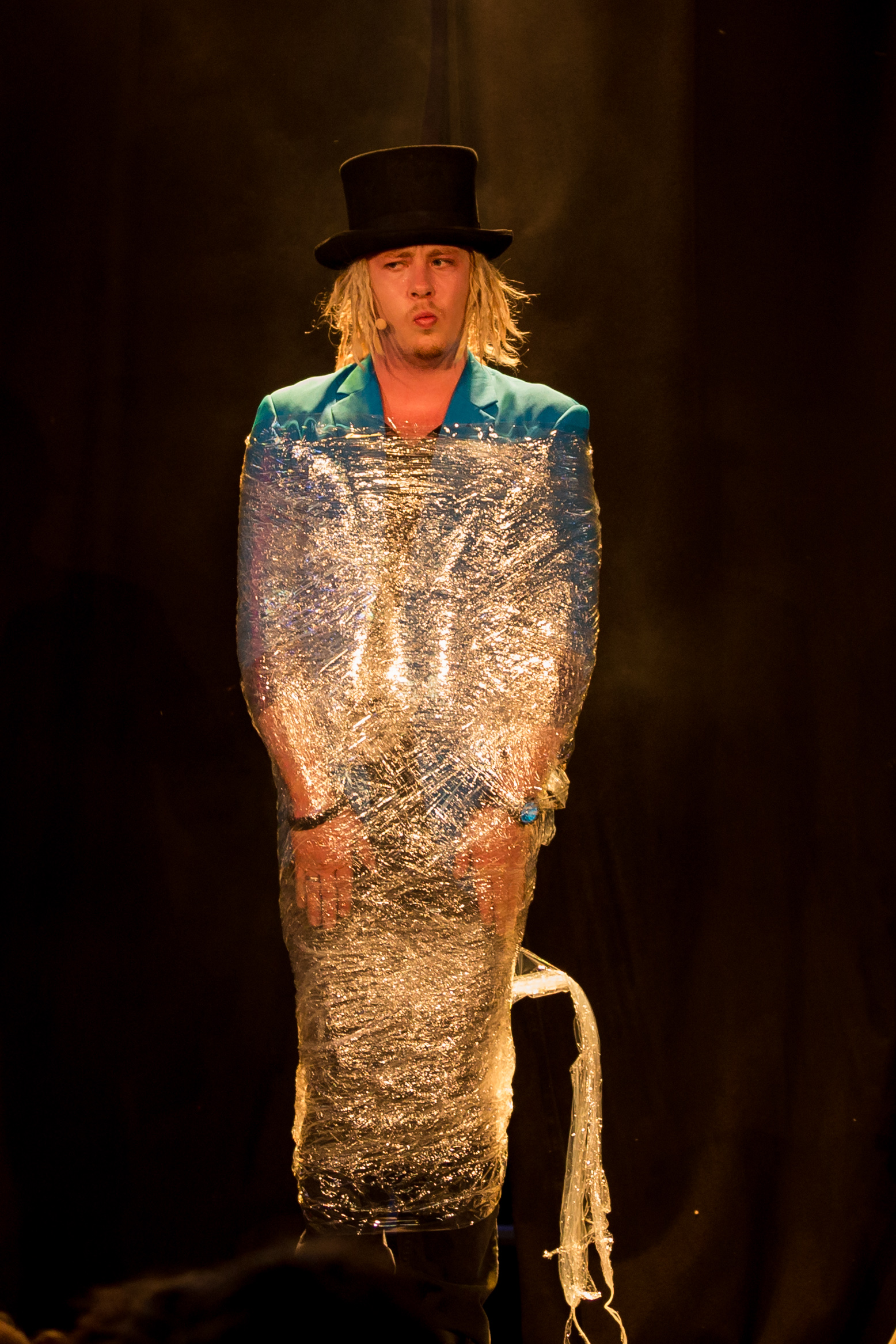 What a change from when we first walked in. All the kids seemed quite timid. Sure they were looking forward to the magic and hugged the complimentary magic wand they received when they came in. However,  they did not quite know what to expect. The parents, on the other hand, probably thought they had seen it all.  They seemed pre-occupied (as we adults often are) with matters of what we consider great importance. And then, there were the occasional teenagers, probably dragged along (as in my case) for a family occasion. They just could not be bothered, barely looking up from their mobile phones they slumped in the seat mumbling grumpily.

We were a prime example. My 5-year-old was holding onto my leg for dear life, too shy to accept the free magic wand. My 16-year-old and her friend just rolled their eyes and proceeded to ignore me or the stage. As audiences go, we were definitely a handful, and Sam and Justin had their work cut out for them.

But the two guys soldiered on!  Bursting with child-like élan and loads of charisma as well as the playfulness of clowns and physical agility of vaudeville performers and flawless comedic timing they captured the audience's attention, 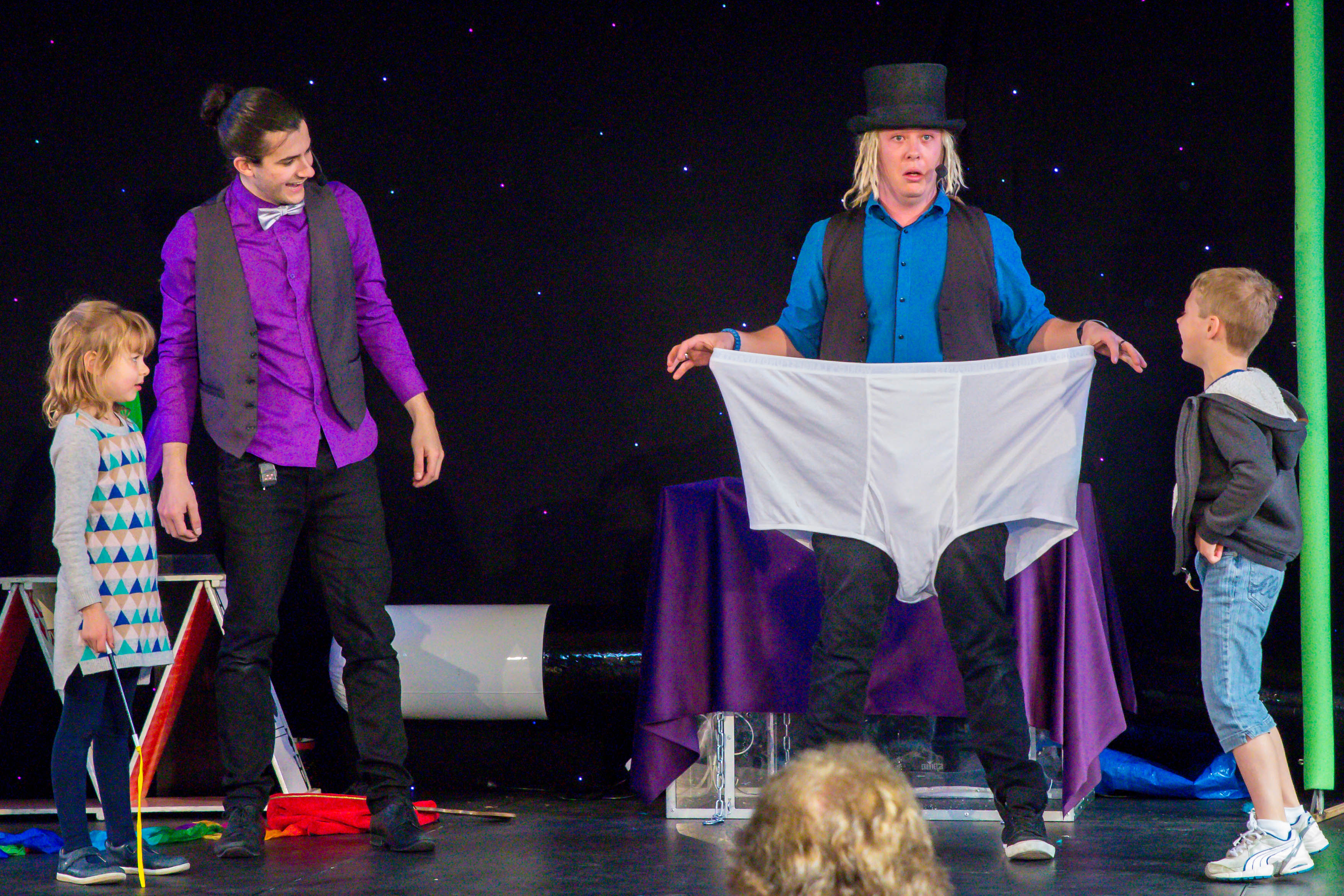 Within minutes the world outside was forgotten. My 5-year-old was cackling uncontrollably, jumping up and down, clapping her hands, screaming helpful suggestions and waving the previously unwanted wand around like a maniac.

Her older sister did not lag too far behind when it came to enthusiasm. Mobile phones were put aside, and the two world-weary teenagers were laughing uncontrollably. They had their feet tapping as El Macarena and YMCA blasted from the speakers, and they held their breath watching Justin and Sam's circus stunts.

For me, I just drank it all in. Yes, I thoroughly enjoyed the show, my inner child had a ball, and it's safe to say my laughter was at times louder than my kids'. However, the best part for me as a parent was watching my kids being so spontaneous. They were laughing and sharing a special moment together. And this did not just stop when the lights came on, and the performers took their bows. My kids were inspired and happy for a long time after the show. My five-year-old still talks about it and wants to go again.

When I asked the guys after the show why they choose to work with such a demanding audience. After all, kids are the toughest audience. Children don't hold back, they tell you what they think, and they don't mince words.  Sam said to me that firstly, they were both just two big kids at heart. And secondly, working with kids was absolutely exhilirating as no two shows were ever alike. You never know where the kids will take you.

So, yes, this is definitely magic that keeps on giving. So, make sure you see it before the boys pack up and move on to other venues.