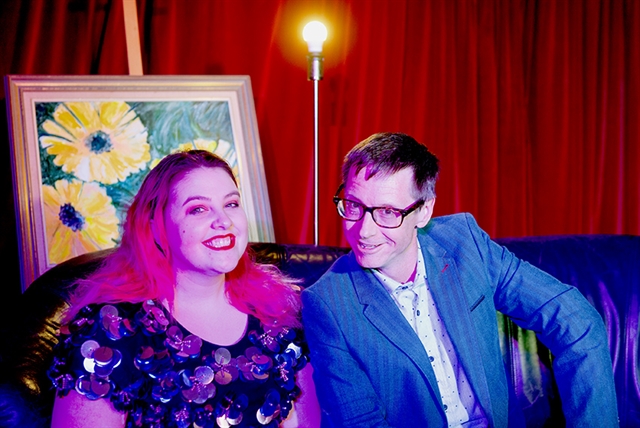 Reviewed by: Emilie Carmona
I Can Top That, held at Petersham Bowling Club, was a night of laughter, joy, and at times, unclear messages. However, the sheer quality of the performers outshines any confusion.
Known as a storytelling event with no limits, this weekly comedy event touched on every topic under the sun. However, some styles of storytelling were clearly more engaging than others.
The night started off with a hilarious satire about a common scene: the positives and negatives of an arts degree. This comedian told a story of his film making dreams, slashed in a moment’s notice, when a hard drive failure lost his script for good. He gave up on his dream.
The second act was confusing at worst and joyous at best. A lyric sheet was passed around for the audience to use during the sing along chorus, however, not everyone received one, leaving some left in the dark as to the context of the piece. It intensely followed a story of a boat named the Mary Ellen Carter that was lost at sea, sung in a musical theatre style comparable to a pirate folk song.
In relation to the contemporary comedy of the rest of the show, it felt wildly out of place.
However, the third and final sector of the event really brought it home. Game show style, John Knowles selected 3 comedians from the crowd to pick randomised words out of a hat, and tell the audience a story based on the word. The stories had to be unplanned and unscripted, and had to be experienced by the person themselves. From there, the next contestant could take any word mentioned within the story and expand on it in their own story.
The style of the piece aims to mimic a conversation had between friends – and was initially inspired by chats between comedians who kept on trying to out do each other.
Each of the comedians had a very distinct style to their stories. Unit Bali, an Fijian Indian immigrant to Australia gave incredibly hilarious takes on being thrown into a new country. For example, the stress of his mother taking practically his entire kitchen, including a rice cooker, through customs whilst on a “travelling” visa.
In response to the word “burn”, an comedian Alan Glover told a fantastic story of almost burning down his house whilst cooking cannabis oil.  In response to “wine” – a comedian Chriatina Van Look told of her teen years spent in a park drinking goon and going to a blue light disco.
This section of the night was unfiltered, uncensored, and highly personable. The personalities of the comedians were able to truly shine.
I’d highly recommend attending this event if you’re in dire need of a laugh or two. Beware – it’s not for the weak.
SHARE
TWEET
PIN