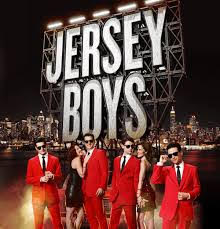 The Jersey Boys musical is the story about American pop band The Four Seasons, or as they later became known, Frankie Valli and the Four Seasons, famous for their internationally acclaimed hits in the 60s and 70s Big Girls Don’t Cry, Sherry, Walk Like A Man, Oh What A Night and Can’t Take My Eyes Off You, My Eyes Adored You.

What makes them intriguing is not only were they four boys from the wrong side of the tracks in New Jersey, some with prison records and full of machismo, but they created an original sound and wrote their own songs which saw them survive the British pop phenomenon, and reach worldwide sales of up to 175 million records, all before the age of 30.

Termed a ‘jukebox musical’: a show that uses an artist’s music to tell its life story, the story is about the rise, fall….and rise again of the band, documented throughout using the band’s songs, narrated in four stages by each of the four men and their unique, personal experiences of what life was really like in the group.

The Australian cast deliver such stellar performances and do such justice to the worldwide hits, that from the get-go one is instantly transported into the world of The Four Seasons. Tommy DeVito (Cameron MacDonald), is full of machismo and a dirty hustler who gambles; Nick Massi (Glaston Toft), walks away from the group at the height of its success after tiring of being on the road; then there’s Bob Gaudio (Thomas McGuane), the gentle, sweet songwriter and of course the star Frankie Valli (Ryan Gonzalez), with the voice of an angel. 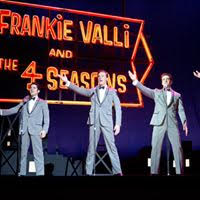 The real star of the show is the music, which has seen the musical win over 57 awards worldwide. With fans of the show like David Beckham who has taken his kids to see it ‘at least 10 times’, as one theatre goer near us exclaimed: ‘Thank God for the Jersey Boys musical! My generation would have missed out on the greatest times ever for music!

I’m so glad my kids also get to experience this!’

For more information check out: www.jerseyboys.com.au