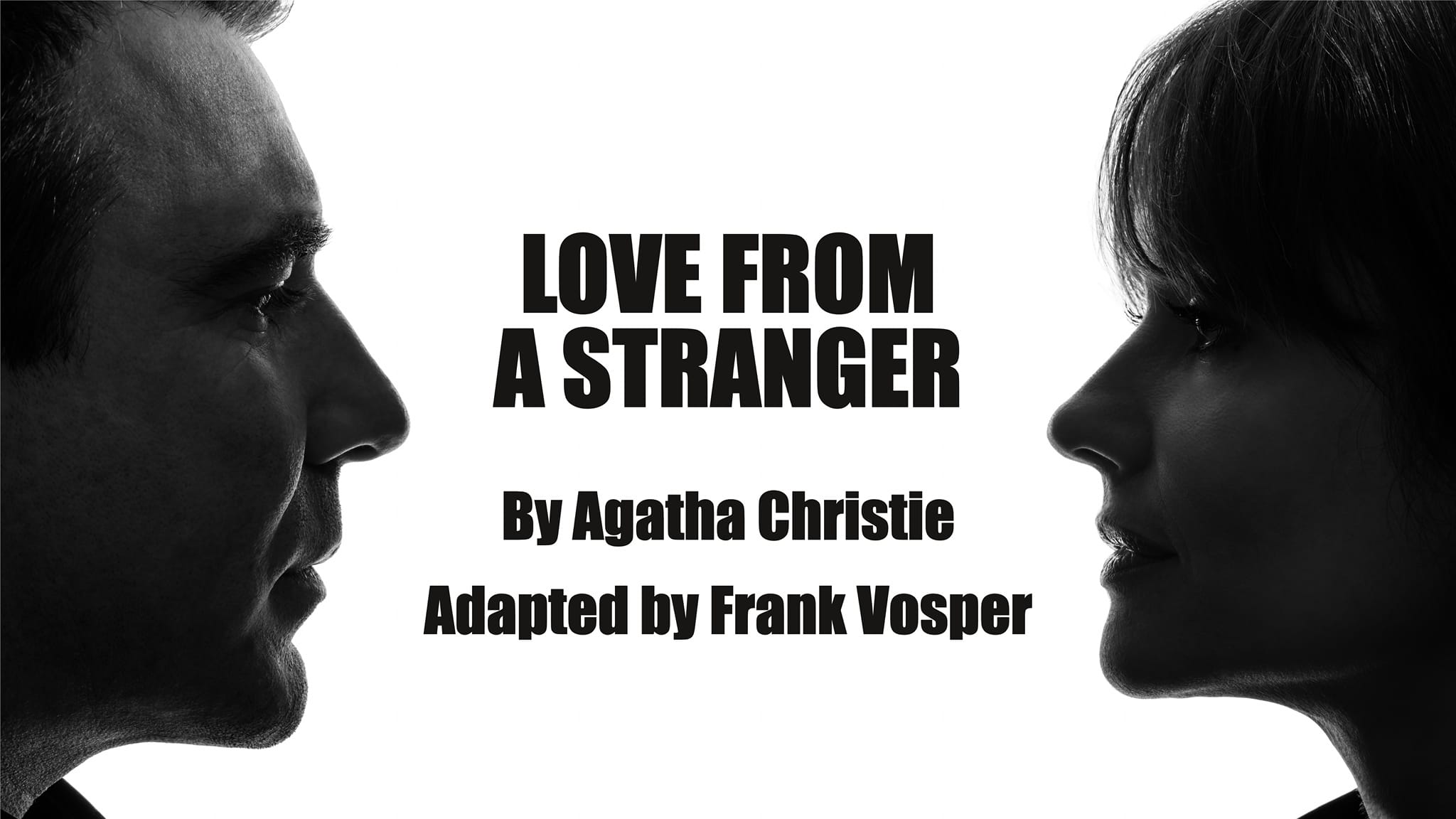 We are back at The Genesian Theatre with an Agatha Christie psychological thriller that revolves around a whirlwind romance with a killer plot twist at the end. An exciting start to the year for what might be the last show in the beloved venue.

There was a brief announcement before the play began about one of the actors being recently cast as one of the lead roles and may refer to their script from time to time. The audience was very understanding of this. 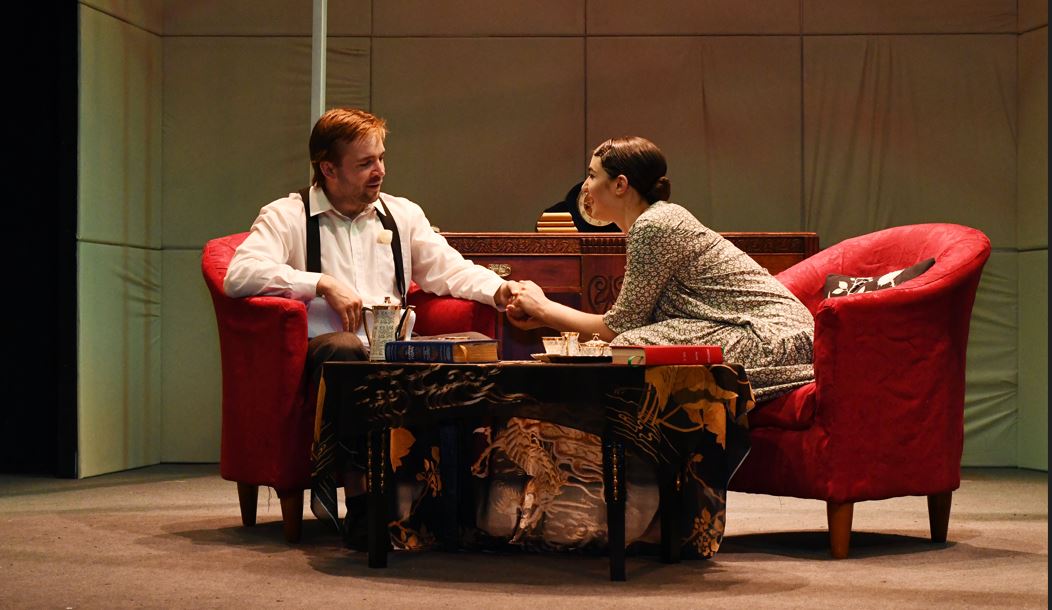 The curtains were drawn back to reveal a monochrome backdrop with four exits, two on each side that were angled and blacked out so they could be identified as specific rooms the actors could move in and around when required – This opened the space to be reimagined as any house or room desired, with a large movable canopy frame that helped draw focus to the colourful props and characters. Proving simple is best, this is one of my favourite set designs to date, well done Tom Bannerman!

Aunt Lou (played by Charlotte Launay) kicked us off laughing at her antics and manner in the way she spoke and held herself with her posh European accent to Mavis (played by Kimberlea Smith) the level-headed and ever-supportive friend of Cecily who in some ways wished she had her life as it seems. Cecily (played by Emilia Kriketos) enters with the class of a polished, wealthy, and carefree young woman who wants nothing more than to live her life freely travelling around the world. A dream that many can relate to. The English accents were believable, the costumes (Susan Carveth) were beautifully worn, and each interaction flowed naturally. 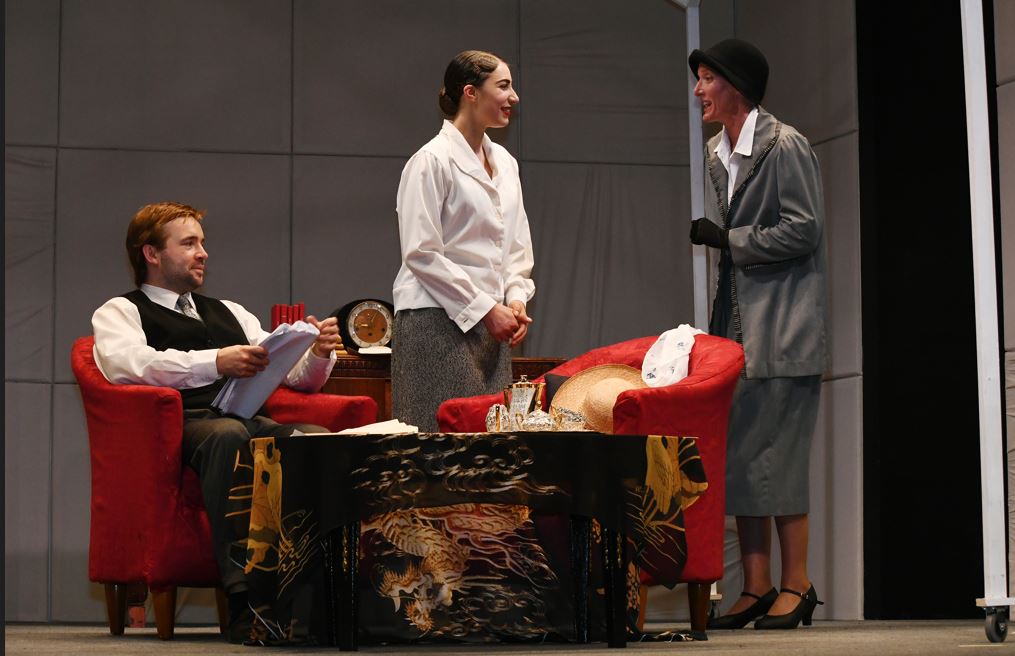 Bruce (played by Sam Walter) has a big presence when he enters the stage. His projection was perfect, and the convincing American accent strongly contrasted to the other characters. He worked the script in hand as a prop like a newspaper and knew his lines well enough that it wasn’t an issue at all.

The sound box crew (Michael Schell) were on point with the lighting and sound effects making each scene effortless to watch. The first act was well-paced, funny with steaming hot chemistry between the leading characters. Each joke landed and was well received by the audience who hung on every word between the charming Bruce and innocent Cecily with audible ooohs and ahhs to the romance that was bubbling. Unfortunately for Nigel (Matt Doherty), the now jilted fiancée had broken everyone’s heart with his sincere delivery of disappointment and sadness of love that was lost. The cliff-hanger at the interval was devilishly spectacular.

The second act had a slower pace with the same furniture present and new key props added. The canopy structure moved to show a narrower frame of the new home and introduction of the homely and sweet neighbours, Hodgson (played by Rod Stewart) the knowledgeable and warm gardener who became a crowd favourite together with his enthusiastic niece, Ethel (Claire Ji Eun Yi) who served as sassy facial expressions and wooed the hearts of both the mailman and milk delivery boy. 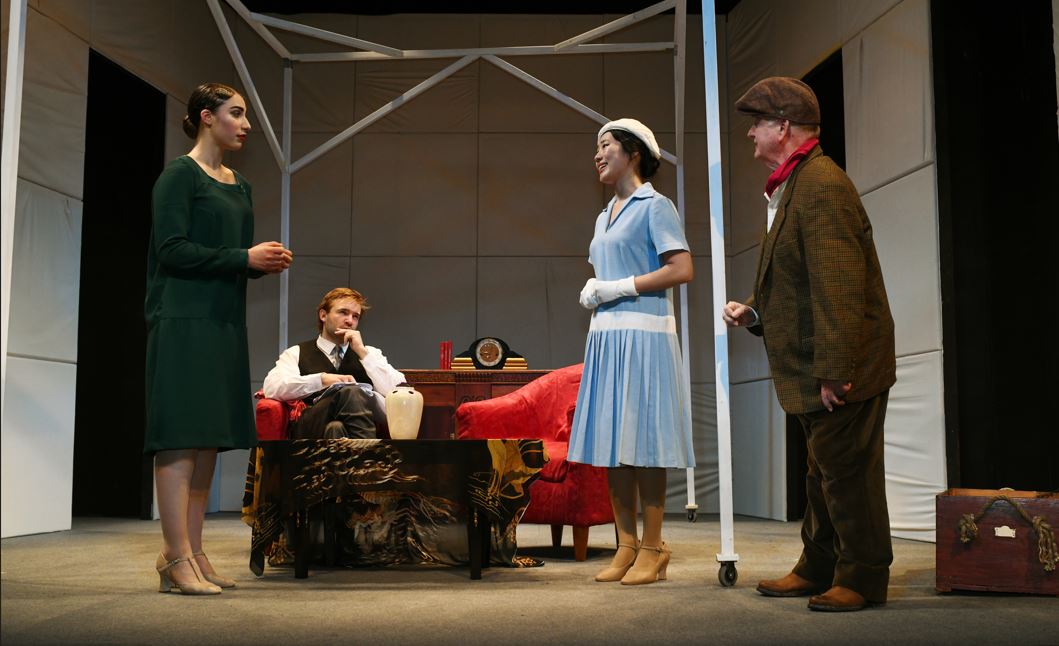 There was a noticeable shift of tone for Bruce, darker and more manic behaviour, transforming into a completely different man with whom Cecily fell in love. Each prop was purposeful and clued in the audience for the events to come, such as the secret cigarette case bound in an edition of Arabian Nights, foreshadowing the fate of these characters.

Emilia is a versatile actor who showed grace and patience acting opposite to her counterpart, Sam in which they complimented and trusted each other wonderfully with their delivery. We were also treated to a contemporary  dance visualising the deterioration of their marriage, sanity and romance.

The artistic direction by director Tui Clark (with assistants Kristina Ingegneri and Hannah Dunwell) and choreography by Ali Bendall gave each actor their time to shine and was well received by the audience making for a near seamless show. 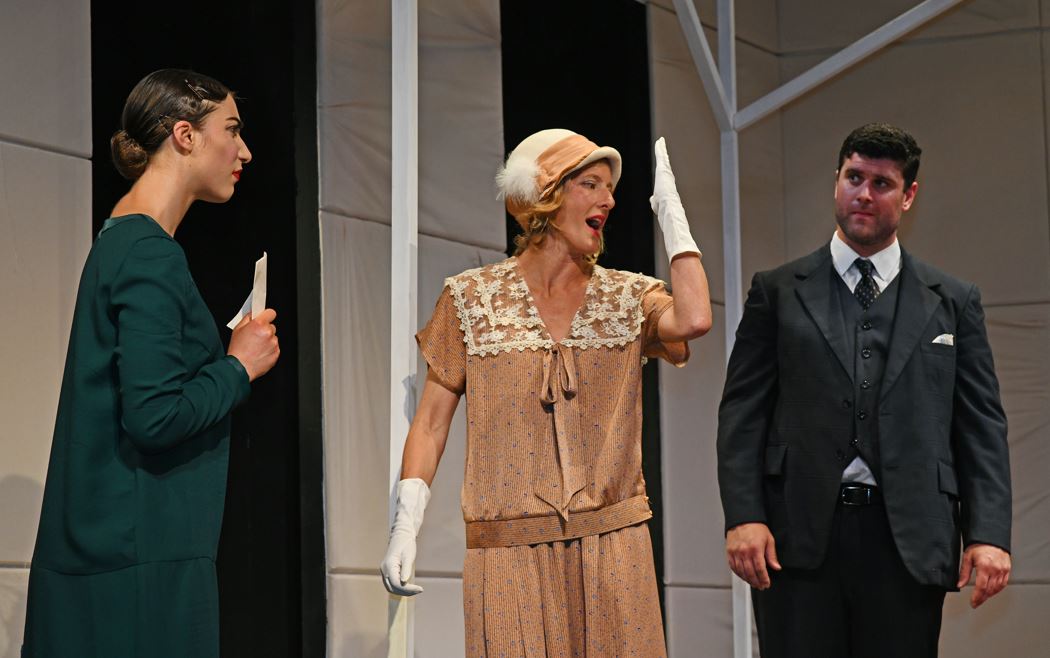 For anyone who is unfamiliar with Agatha Christie’s work, the play is reminiscent of the Gothic novella, Strange Case of Dr Jekyll and Mr Hyde, the popular Netflix true crime documentary film The Tinder Swindler and fictional series You. If you are a fan of either of these genres or stories, I highly recommend that you come to watch the play to experience the thrill of high stakes in real-time.

A brilliant night out with an outstanding cast, come and see these rising stars at the beautiful Genesian theatre before it's gone.

First Saturday of Every Month