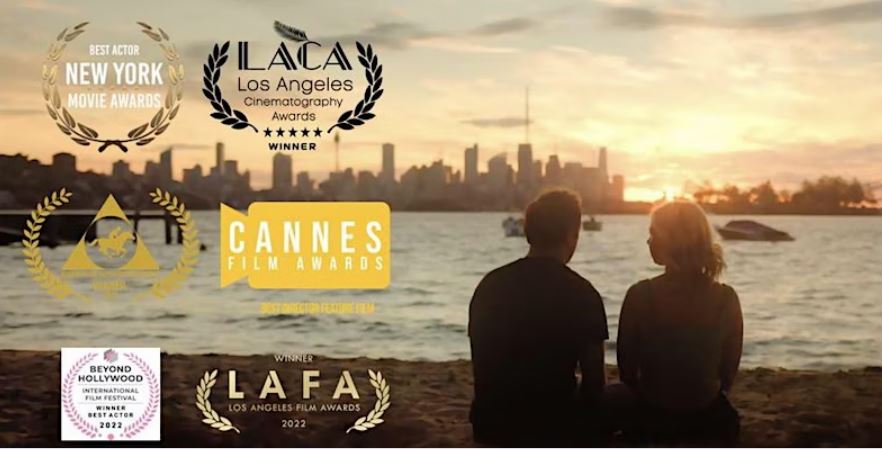 As both dudes have done nothing other than eat pizza and hoon around in carparks on skooters for years on end, with nothing to lose and everything to possibly gain, they decide to make it their mission to get to Australia. Which they do. Through the ‘someone who knows someone who can manipulate someone’ technique; in this case, their friend helps them swap identities with two privileged Malibu kids about to get a flight to Australia, the first part of their mission has been accomplished.

Once they reach Bondi Beach, not only is it a relief because the beauty of the landscape makes for one beautiful character in itself, but because personal chauffeur Jason (Shaun Anthony Robinson) is one of the funnier characters with his thick Aussie accent, and no BS attitude, which also gets the movie rolling.

Shenanigans thereafter ensue with lots of donut eating, hitting on people’s hot wives, masquerading as film directors, shacking up with Bondi local Deckhand Carl (Daniel Musial) and his hot girlfriend Jade (Brittany Hockley), wait…is that Brittany? From The Bachelor? Yes is it. Not to mention a self absorbed football star (Kyle Lovett) who they manage to impale.

And of course there’s a love interest, and a happy ending. But it’s not with the crush you’d expect. Billed by Pratt himself as ‘Dumb And Dumber 3’, where ‘alone Michael and Duey are stupid and together they’re idiots’, this pretty much sums this movie up. As Pratt terms his own film: ‘This is something fun, simple and stupid that people can laugh at’. If you’re up for that, you’ll leave a happy little vegemite.