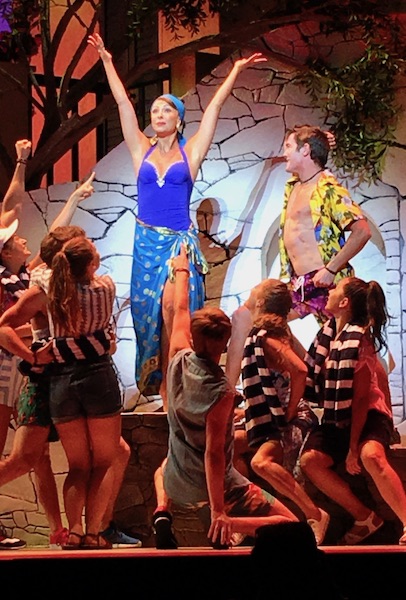 Final tickets have just been released for this feel-good, smash hit musical and you can't afford to miss it. After playing to sold out audiences in both Canberra and Brisbane, the season has now moved to Sydney's Capitol Theatre and runs until May 6th, before continuing until October in major venues around the rest of country.
What's On Sydney was privileged to attend the gala opening, as stars from Australia's stage, screen and sound traversed the traditional 'blue' carpet, (see our photo gallery) and mingled with a buzzing crowd, sipping champagne and packing the iconic auditorium to experience this fresh, new Australian production, brought to the stage by Michael Coppel, Louise Withers and Linda Bewick and directed by award-winning, veteran of Australian Musical Theatre, Gary Young.
The story, set in a villa on a small Greek island, of Donna Sheridan, whose daughter Sophie tries to find out which of the three men from her mother's early tearaway life are her father, by inviting them all to her wedding, is a modern classic that cleverly incorporates the perfect, timeless hits of Abba's Benny Andersson and Bjorn Ulvaeus. 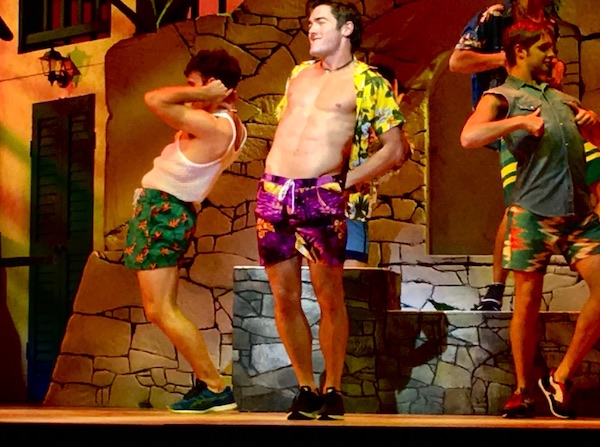 Almost all the principals in both cast and production, bring their talent and experience from a string of credits going back through every major musical and Australian stage theatre production of the last 20 years and beyond.
Donna, played by Natalie O'Donnell, began her career in 1998 debuting in Les Misérables and in a quirk of fate starred in the original Australian production of MAMMA MIA as 'her daughter' Sophie, played this time by Sarah Morrison, and amply backed by an enormously talented cast that manages the transitions between over the top renditions of the dance pop classics and the more heartfelt low key moments that give the production its depth. 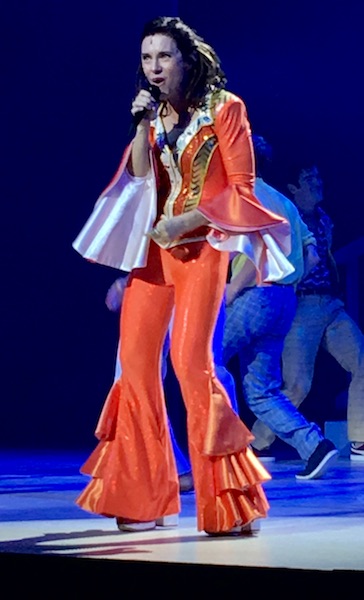 Dynamic choreography from Tom Hodgson, outstanding musical supervision by Stephen Amos and some truly sublime set and lighting design from Linda Bewick and Gavan Swift are brought together in a seamless, high-energy spectacle that had everyone on their feet for the encore reprise of Dancing Queen, title-track Mamma Mia, and the grand finale, Waterloo.
This sparkling show is exactly what you need - an uplifting, fun-filled night at the theatre, to put a smile on your face and a spring in your step.
MAMMA MIA is a must see for the whole family.
______________________________________________
Reviewed by Mike and Trish Hoste 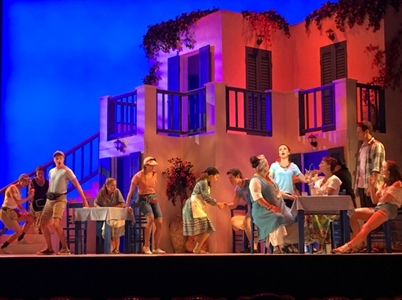 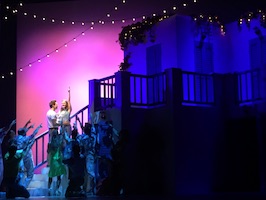 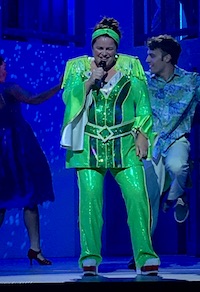