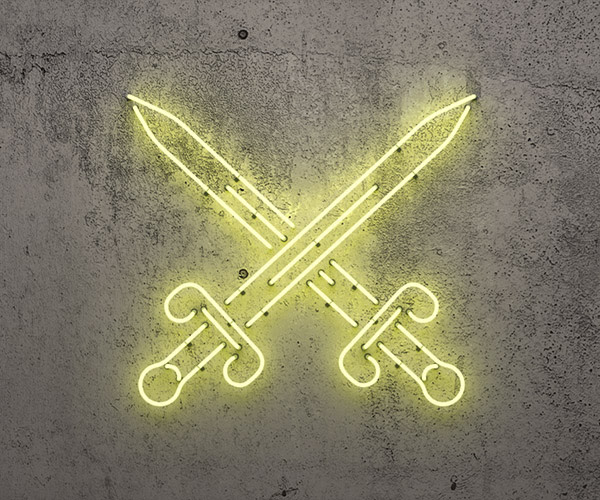 The sense of danger was palpable. The premise was admirable. Heck, even the title was intriguingly insatiable. So why did this play with so much potential and promoted as an ‘absurdist comedy’ fall so short of the mark? Written by Giles Gartrell-Mills, the play features Mercutio and Tybalt (‘Prince of Cats’) – the two biggest rivals in Romeo and Juliet who meet with violent deaths. Gartrell- Mills’ play investigates the possibility of their ongoing existence and reconciliation in an alternative universe. Although it may be cruel to be critical of a newly developed play that strived for originality, to quote the Bard, one must be ‘cruel to be kind’ to call out parts of the play that just didn’t work.

Firstly, context, characterisation and narrative were all problematic. Where exactly have these characters ended up? Purgatory? Hell? How and why are ancillary characters also there? Were the mish-mash of eras depicted by costumes, dialogue and props meant to be confusing, or trying too hard to imitate Kubrick? What differentiates Mercutio and Tybalt – why are they rivals? (The potential of the source material which explores family conflict is never fully realised. We learn that they hate each other because Mercutio didn’t ‘turn up to Tybalt’s 13 th birthday party’. Hmmm….) The narrative is disjointed, never giving the principal characters a chance to articulate their own frustrations and desires. Much of what we learn is through a Q&A interrogation led by Friar Lawrence (played by Danielle King – who steals the scenes with sanctimonious venom).

Not until the final moment, when they are all huddled around a surveillance TV watching Romeo and Juliet’s death scene do things start getting really interesting. We are dying to know what happens next – does this spur another round of violence? Or a horrifying existential moment when they realise they are the architects of their own damnation? Instead, Mercutio goes back to bed, exhales and…that’s it.

On the plus side, the set is lavish and eye-catching, and despite the clunky narrative, the actors move with ease and commitment to physical experimentation. Kudos must be given to the director and production crew for taking a creative risk in bringing the playwright’s ambitious ideas to life, even if the play overall fails to fly, much like the fate of Mercutio’s poor little hamster.

Mercutio and the Prince of Cats is playing at Old 505 Theatre until 30 November. For performance dates and times go to www.old505theatre.com.