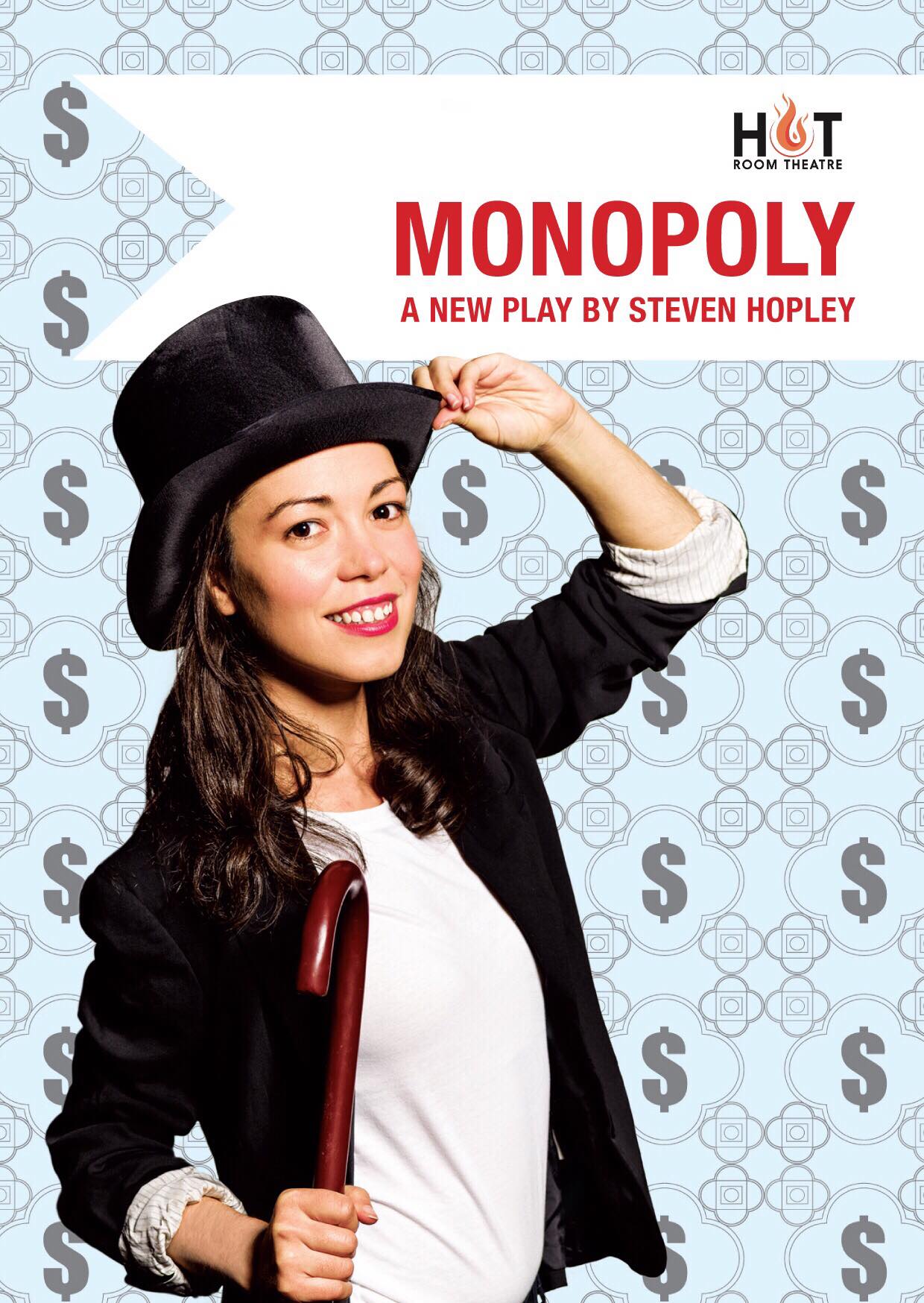 Just as theatre provides a frame for us to understand the world around us, games offer the same microcosmic opportunity to play a turn at a bite-sized life with zero consequence. The name of both frame and game is Monopoly in this cult performance written by award-winning playwright Steven Hopley, which explores the worth of privilege in Sydney’s capitalist climate through the vehicle of the familiar Warner Brothers board game. 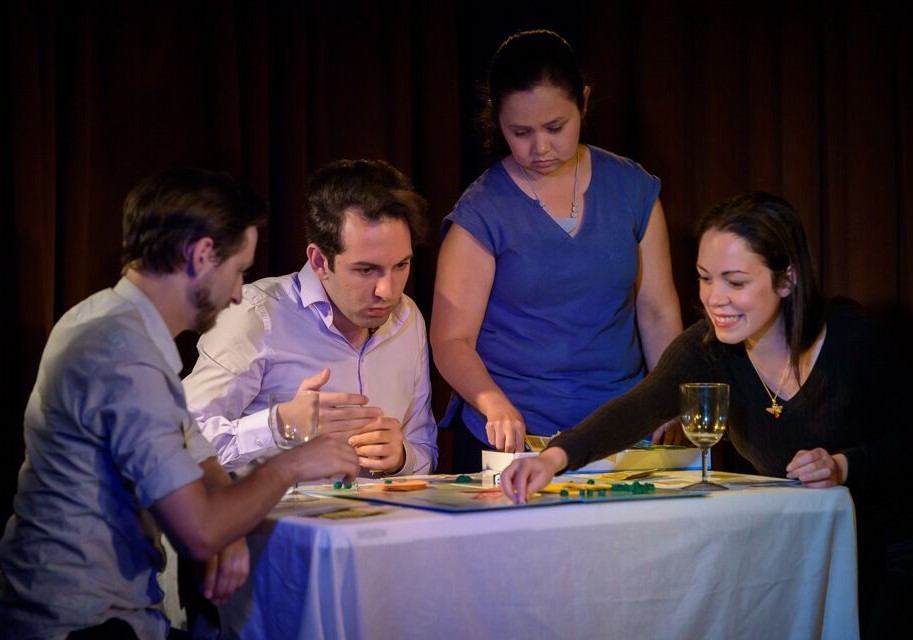 Hopley’s writing is witty and fast-paced, just as a good game ought to be. It was funny, too; I was forced to acknowledge my own snobbiness as I laughed at the scapegoat suburbs ripped into for a laugh; a mentality of conditioned classism I didn’t realise I had ingrained into me as a life-long Sydneysider. Altogether, Monopoly’s strong points are it’s relevance and familiarity for the local audience’s enjoyment. It’s a digestible exposee on the corruption of capitalism, but the pregnant themes of privilege and equity were left underwhelmed by the potential they could have served in this political commentary. Class and gender were discussed as roadblocks to economic inequity, but what about the influence of sexuality or disability on one’s likelihood to acquire Northumberland Avenue? 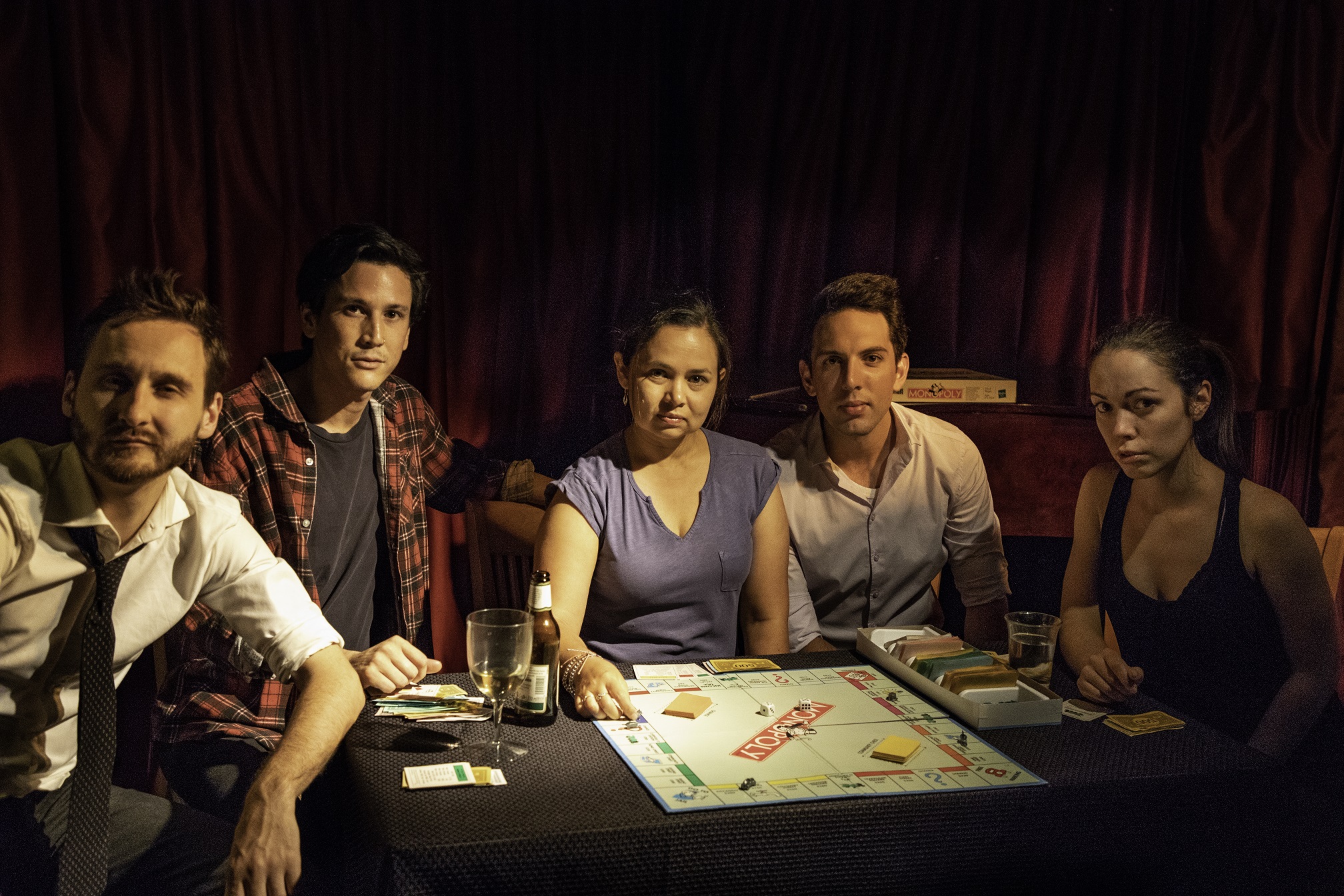 The space is cosy in the downstairs of El Rocco, jazz and comedy venue in King’s Cross, and the intimacy lends to the performance all the better: characters rarely move from their seat place, keeping us glued to the board game as it literally drives the characters and us through the game and play simultaneously. The minimal cast of five frenemies are engrossing in their flow of banter, fluctuating between teasing and tension convincingly. The one-act performance will run every Monday at El Rocco, indefinitely. Perhaps the real game is figuring out how real the game is.