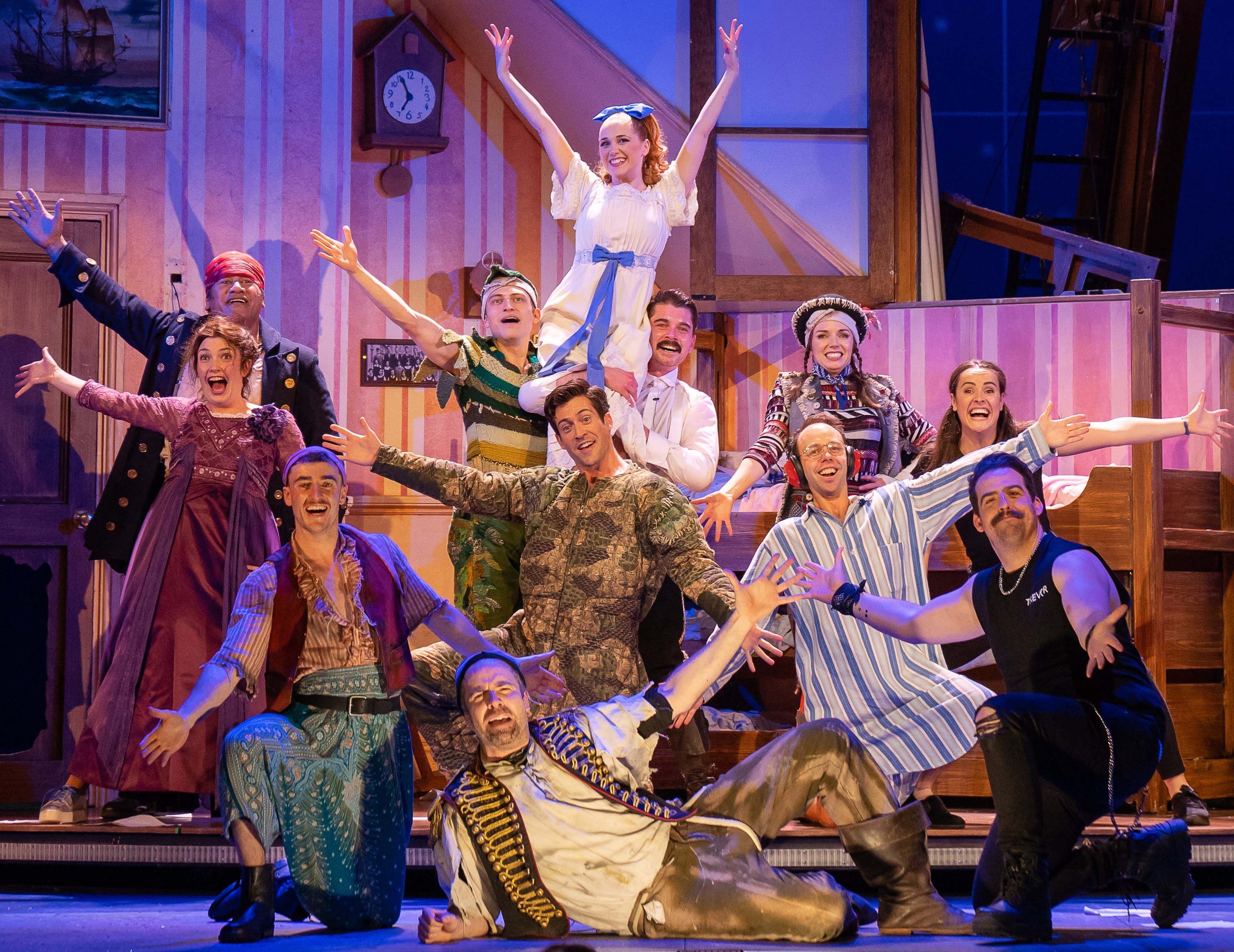 Most professional theatre shows are polished, well-oiled machines. But what happens when things go haywire? Indeed, can many wrongs make a right? The comedic play, Peter Pan Goes Wrong, certainly knows about this because they make things so much fun with their heady mix of professional unprofessionalism.

This farce is written by the same team that produced The Play That Goes Wrong, an Agatha Christie-style whodunit, which was played up for laughs. Once again, the central premise of this theatrical show within a show is the same. We have the fictional acting troupe, the Cornley Polytechnic Drama Society with their lofty ambitions and the best of intentions. They aspire to put on a grandiose Christmas play, Peter Pan (played by Darcy Brown) but there are some problems. Like, will those pesky kinks be ironed out before showtime? Case in point: who will operate the flying machine? The answer? Apply within, because they know someone who can pull some strings for you. Wink, wink. Nudge, nudge. 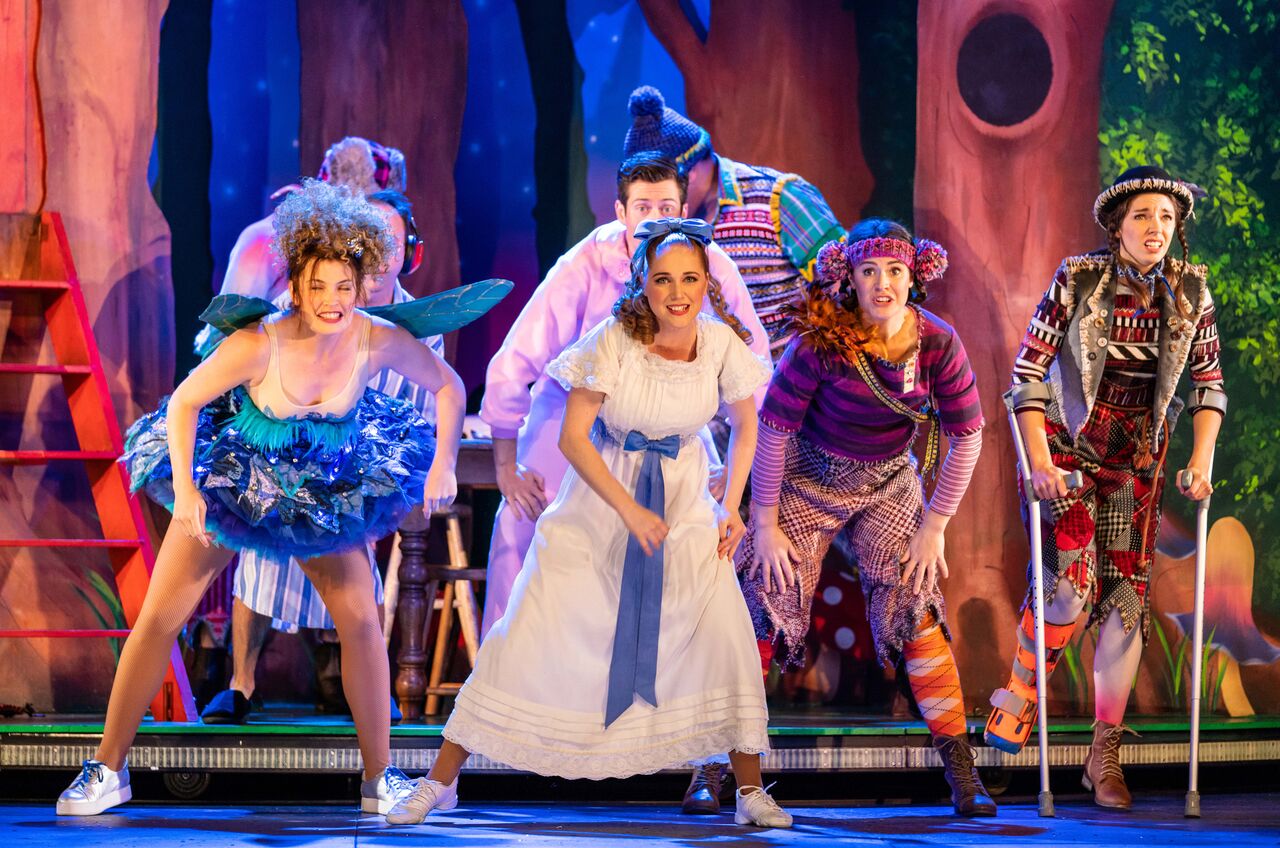 This play is actually a carefully orchestrated one in order to make it look so haphazard. A lot of the comedy is slapstick and involves some injury or another to these under-prepared yet “serious” actors. There is also some interesting interplay between the dialogue and the activities that unfold. It’s like a knowing look at the audience and another way to have them engage with these shambles.

Connor Crawford (Assassins) stars as Chris Bean, a man trying hard to direct this rag-tag group and keep things together. He plays the serious roles like the Darling children’s father and Captain Cook. He is adamant that this show isn’t a panto but the audience know that, “Oh yes it is!” It also means that the jokes are even funnier when they are pitted against a guy who is trying so hard to play things straight. The audience had a ball interacting with the proceedings.

Jay Laga’aia seems to be having a lot of fun with his role as the narrator. There are times where he threatens to be upstaged by the antics of his errant chair. He also seems like a fairy godmother because he keeps drowning everyone in a shower of magic pixie dust. He also has a cheeky little gag about Play School that is absolute gold.

This show looks at some of the “bitter” rivalries between the members of the troupe. It’s at times a bitchy touch as Luke Joslin’s Robert takes it a bit too far in the audition tapes that get played. His character is an overbearing one who insists he is the co-director of this mind’s trust. He also forces his anxious niece (played by Teagan Wouters (Kinky Boots)) that the show must go on, broken bones and all. 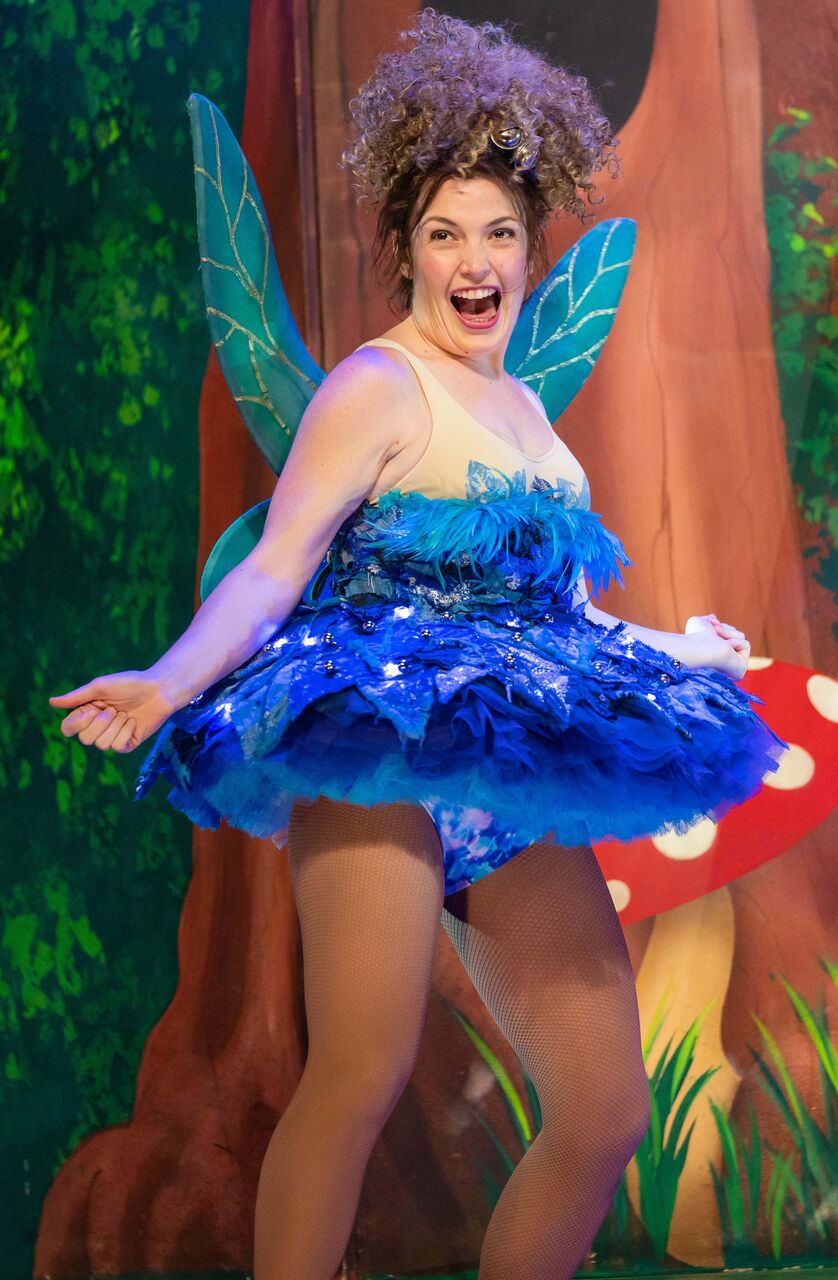 The actors playing the three Darling children are superb. Francine Cain brings a spirited, over-the-top performance that fits her character to a tee because it’s so typical of young, up-and-comers. She seems to break into interpretative dance at every opportunity. George Kemp as Dennis meanwhile, is a guy who knows no lines and requires prompting via a walkie talkie-like headset. He has amazing comedic timing but it was Jordan Prosser who stole the show as the Crocodile/poor Max. The latter had only got given an acting break after his uncle had stumped up a truckload of cash.

A lot of the actors have already performed around Australia in The Play That Goes Wrong. For Tammy Weller this meant she was well-equipped for her physically demanding role as Tinkerbell, Mrs Darling, Tiger Lily and the maid, Lisa. Trevor Watson was hilarious as the well-meaning average guy/stage manager who often had to intervene and help speed things along during this “car crash.” That said, it was so much fun! 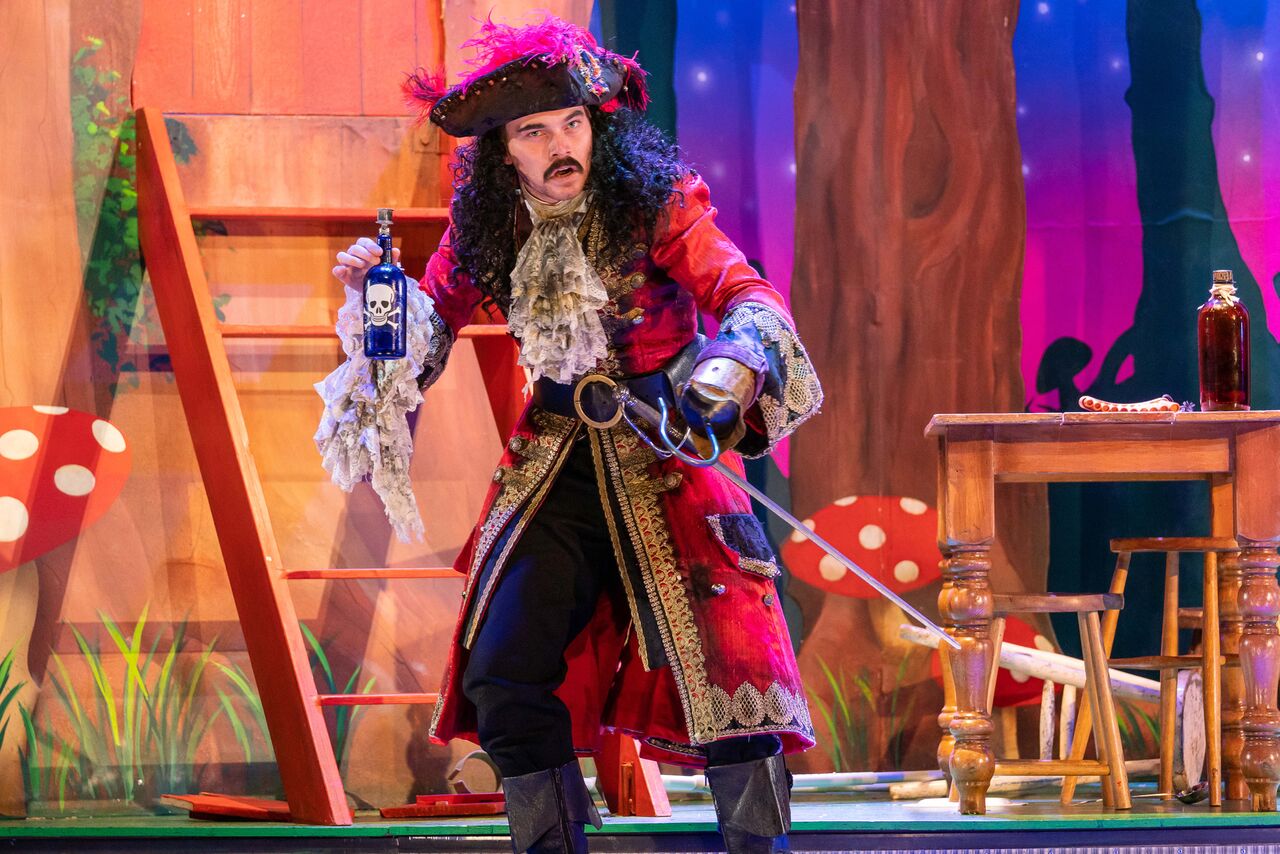 The ensemble made things look so effortless and this is a testament to director, Adam Meggido’s vision. It makes you appreciate how many things can go wrong at the theatre, darling. As fun as it would be to relive every joke, gag or hoot, it is best if you go in there and prepare to be surprised. Even some of the things that had been touched on before in The Play That Goes Wrong still felt amusing and fresh the second time around. This is because this show is so unique and different. It doesn’t take itself at all seriously and packs in so many rip-roaring opportunities for laughter.

Peter Pan Goes Wrong is a show that will appeal across the board as audiences laugh at the fluffed lines, misplaced props, and the madness and mayhem that ensues when locals bandy together to make things with a whole lotta love and gaffer-tape. This kind of show makes you proud that you never grew up. Thanks to it, you too can bounce around, embrace your inner child and howl out loud at this calamity John… Or Peter, as it were.