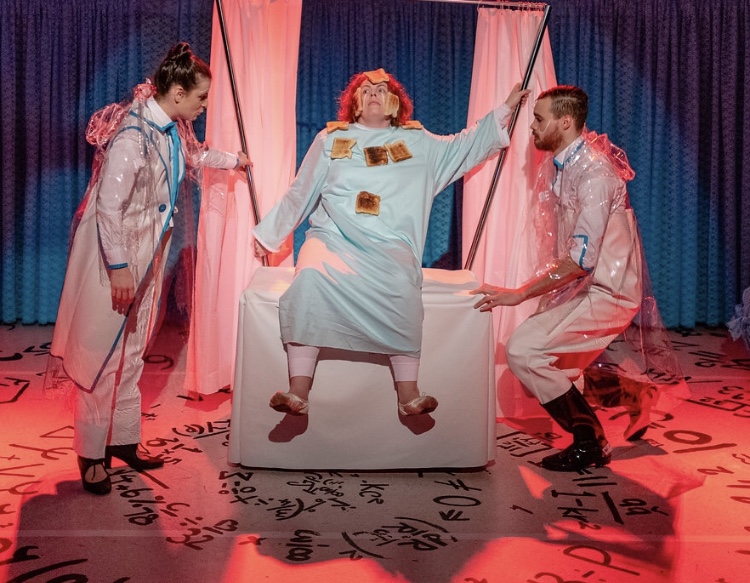 Pippie (Alison Bennett) is a front forward female footballer at her wits end in search of a cure for a terminal disease. She is so desperate that her research has lead her to a Nordic Hospital performing random trials on as yet every incurable terminal disease, and where she goes to hopefully find a cure. 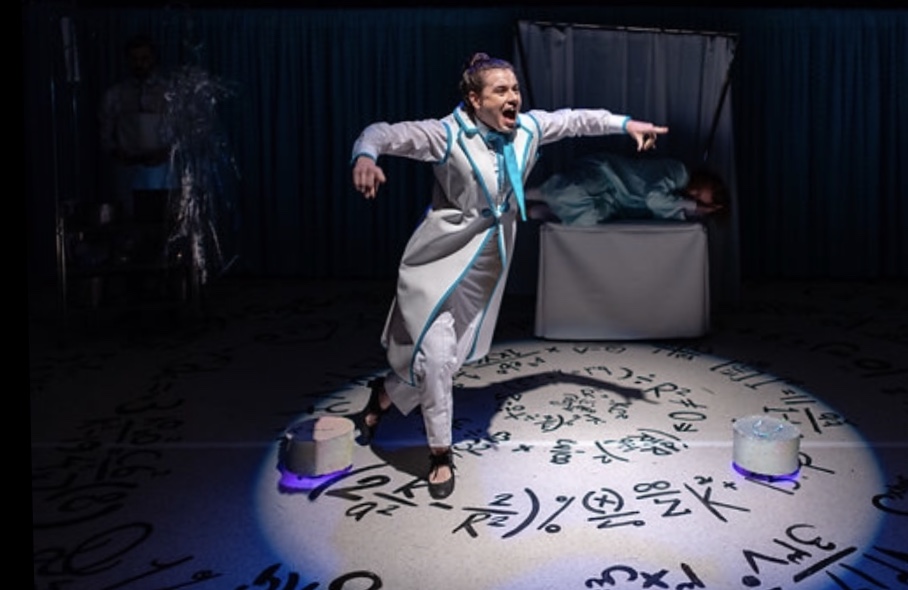 In turn Pippe finds herself in a stark, white hospital ward replete with a female Doctor called ‘Doc’ (Kate Walder) who likes to start all treatments with a ‘Studio 54’ style environment of music and hospital drugs, and her nursing assistant called ‘Nursie’ (Nicholas O’Regan), who is camp, strong and fabulous, and who morphs from being Doc’s ‘bitch’ to having a secret empathy for Pippie’s plight and her obvious need for human connection. 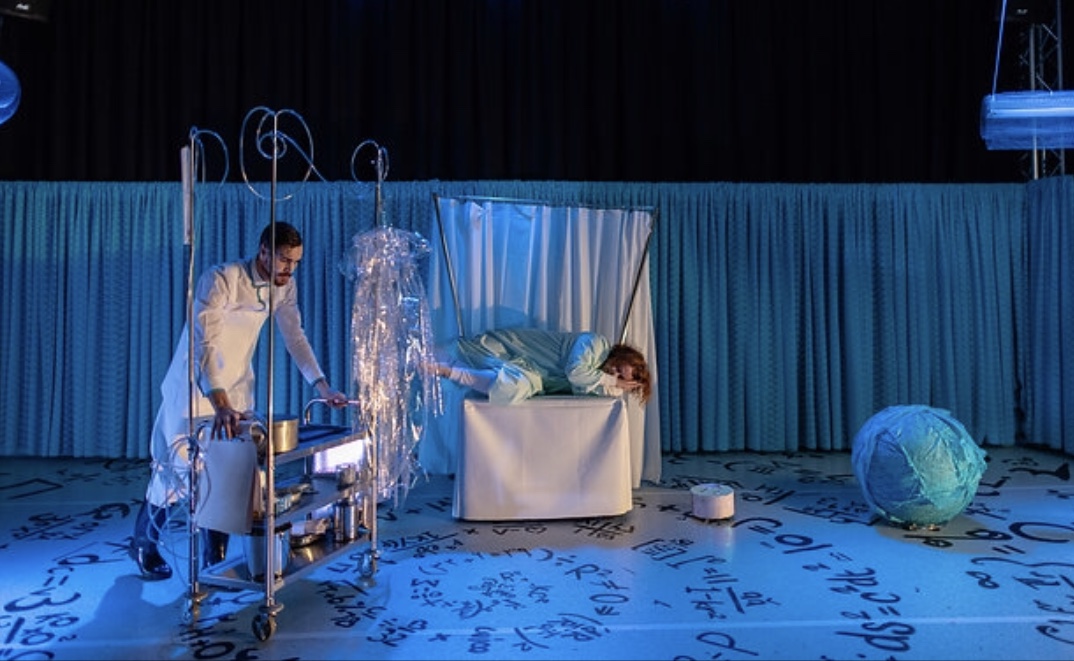 Her battle in this ward of clinical fanfare with Bots roaming the hospital floors who seemingly ‘understand’ her needs and wants, and Doctors trying everything they can to try to save her, including sticking buttered bread to her body under infrared light, leads her to ultimately discover a few home truths about life, death, and without giving too much away, the reality of unfulfilled dreams. 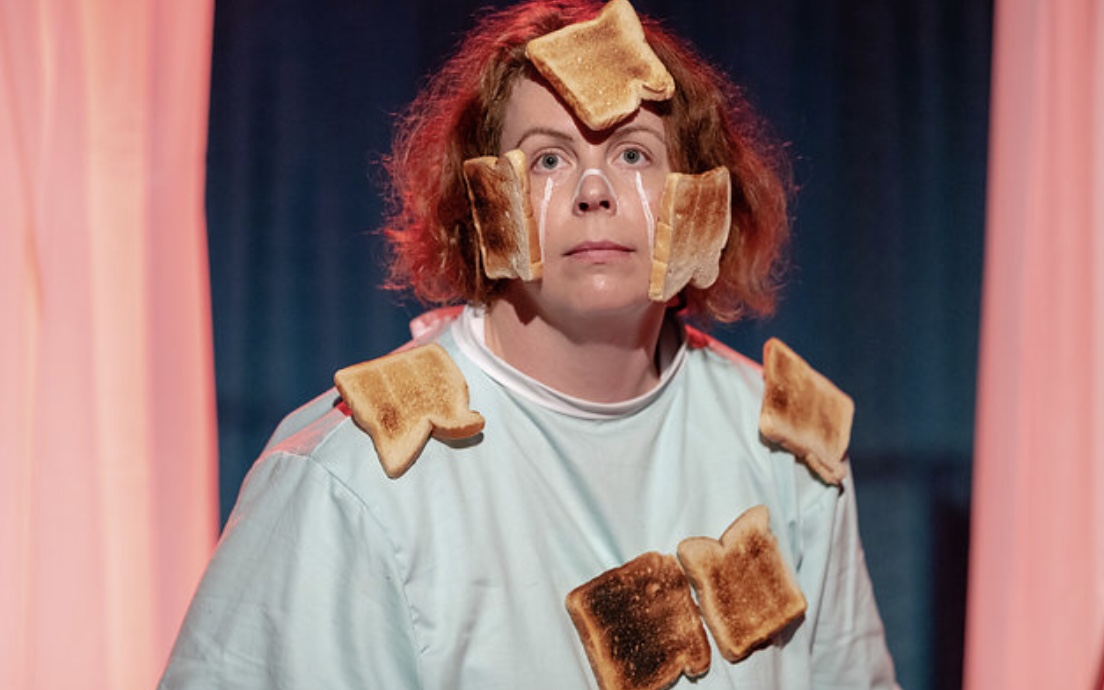 A fascinating exploration into the relationship between human nature and technology, while the technological side is sensationally over the top, it is worth remembering that there was a time in the 19 th Century when the Stethoscope was considered highly controversial and ludicrous.

With a strong, funny and extremely talented cast, combined with an impressive set design that captures the humorous absurdity of septic hospital wards, this is theatre that is not to be missed.

For bookings and more information:www.hurrahhurrah.com.au