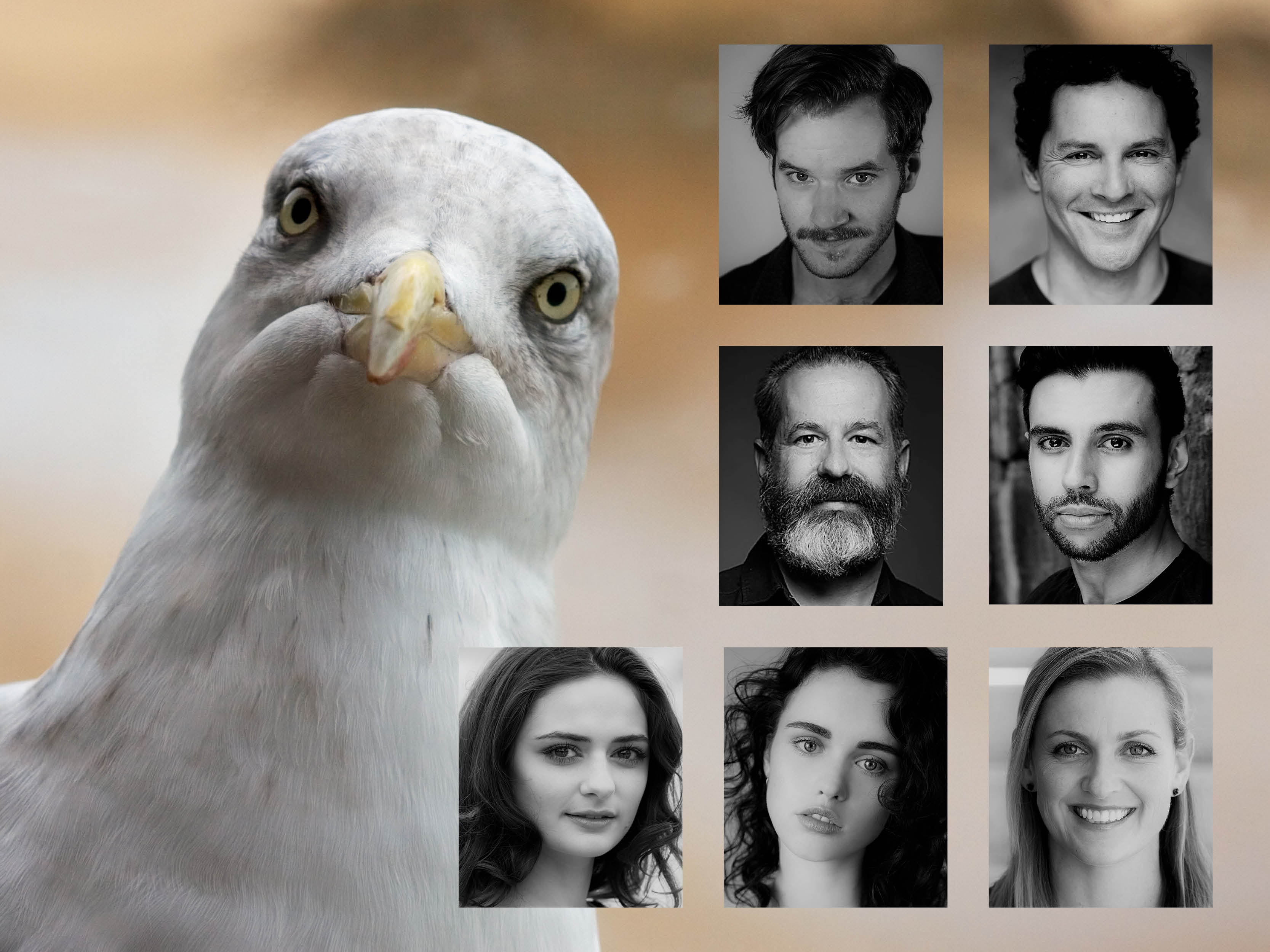 Just a warning: this play is a very, very loose modern day version of the 19th Century Russian literary classic by Anton Chekov, The Seagull…and it is fantastic.

American playwright Aaron Posner has grabbed this classic by the balls and turned it on its head to create daring, fun and highly entertaining theatre, while not losing the central, empathetic focus about the inherently flawed nature of being human.

The central character, Conrad (Mansoor Noor) is a young, frustrated playwright who decides to showcase his first, serious theatrical work to his mother Emma, a narcissistc, aging actress (Kaitlyn Thor), her lover the successful actor / writer Doyle,  (Gl Balfas), his uncle Dr Eugene (Brendan Miles), and his friends the ‘boring’ Dev (Lloyd Allison-Young) and the depressive Mash (Annie Stafford). His girlfriend Nina (Megan Smart) is his muse, and star of Conrad’s show, which is about exploring ‘where we are’, where we really, really are….and it fails, miserably. After which we are on a fast-paced intimate ride of love, lust, unrequited love, depression, suicide attempts, delusion, musings, endless existential crises, acceptance and non-acceptance…culminating into someone having an affair and running off into the ‘sunset’ leaving human destruction and despair in their footsteps.

The set itself is like a clever one stop theatrical shop with the cast as crew, and a lot of audience interaction to remind us we are watching a play and not real life. This is evident at the very beginning after which the audience walk into a set with the entire cast rave dancing after which Conrad grabs the mike and yells: ‘The play will begin when someone says: Start the fucking play’, which someone in the audience actually does end up saying.

The cast are fantastic: my favourite is the despressed, negative Mash who processes her obsession with her depression, and endless self-pitying musings of unrequited love and existential questioning, rather poignantly through song via her beloved ukele.

As the playwright Aaron Posner himself says: ‘I am interested in our most human and awkward struggles to engage with each other and the world. If the struggle is not for survival it tends to be about connecting in meaningful and fulfilling ways. In other words, of course, love’.

Where:   The New Theatre Newtown until July 28th