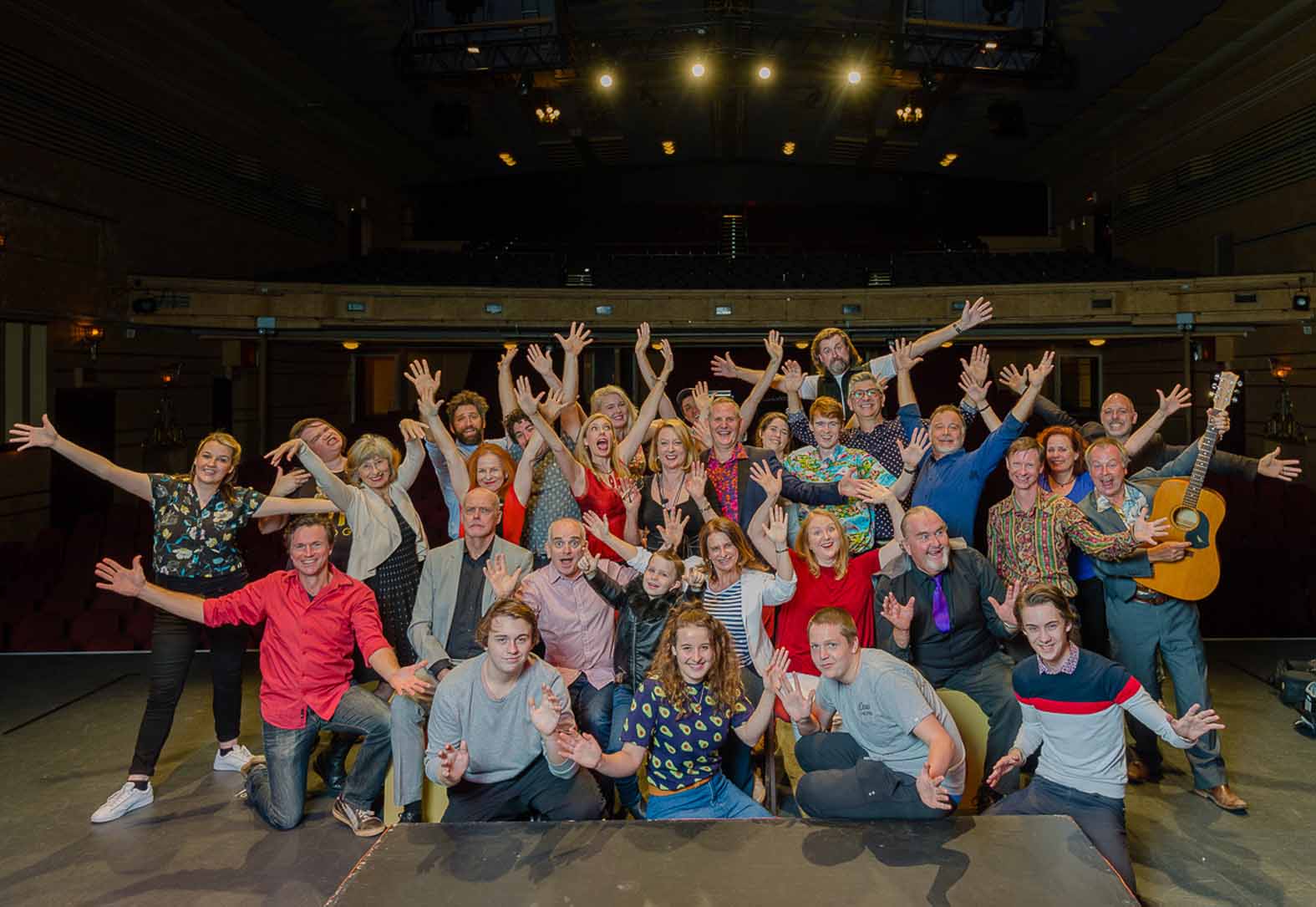 Pick a topic, any topic. Then create an entire story on the spot that is entertaining, informative and interesting…..from anywhere between 90 seconds to four minutes! Not only that; tell the story in slow motion, or in Shakespeare, or as a Broadway musical. Sound challenging? Verging on impossible?

Well not to these guys. Meet the Theatresports stars: geniuses in the art of

making stories up on the spot, often so clever it can come across as a well- rehearsed (well maybe just rehearsed!), performance itself . 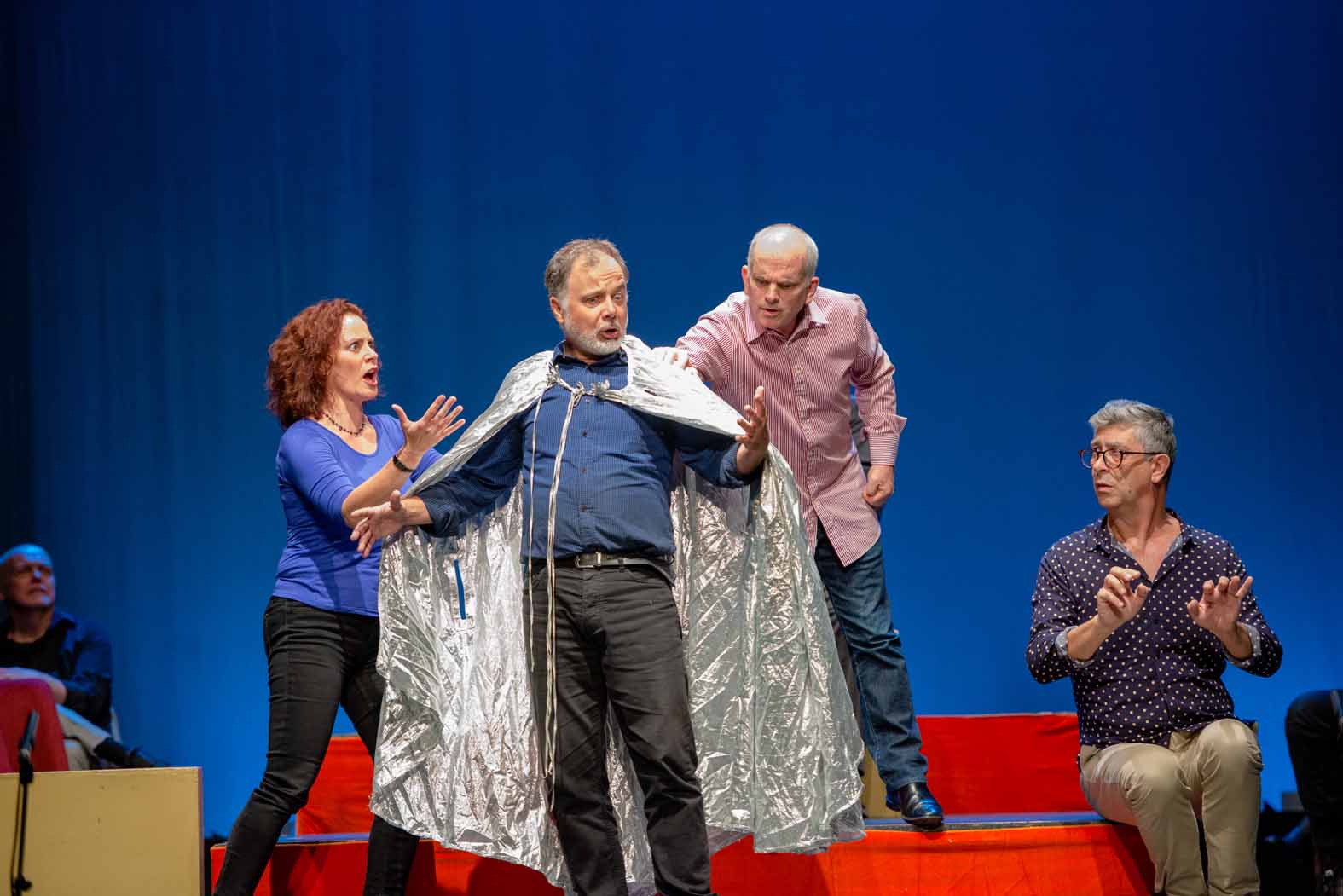 A cult comedy show, which has been going for 30 years, three generations: the I Babies, Middle Agers and The Golden Oldies got together for the Championships held at the iconic Enmore Theatre for the ultimate showdown to see which generation were the real stars. 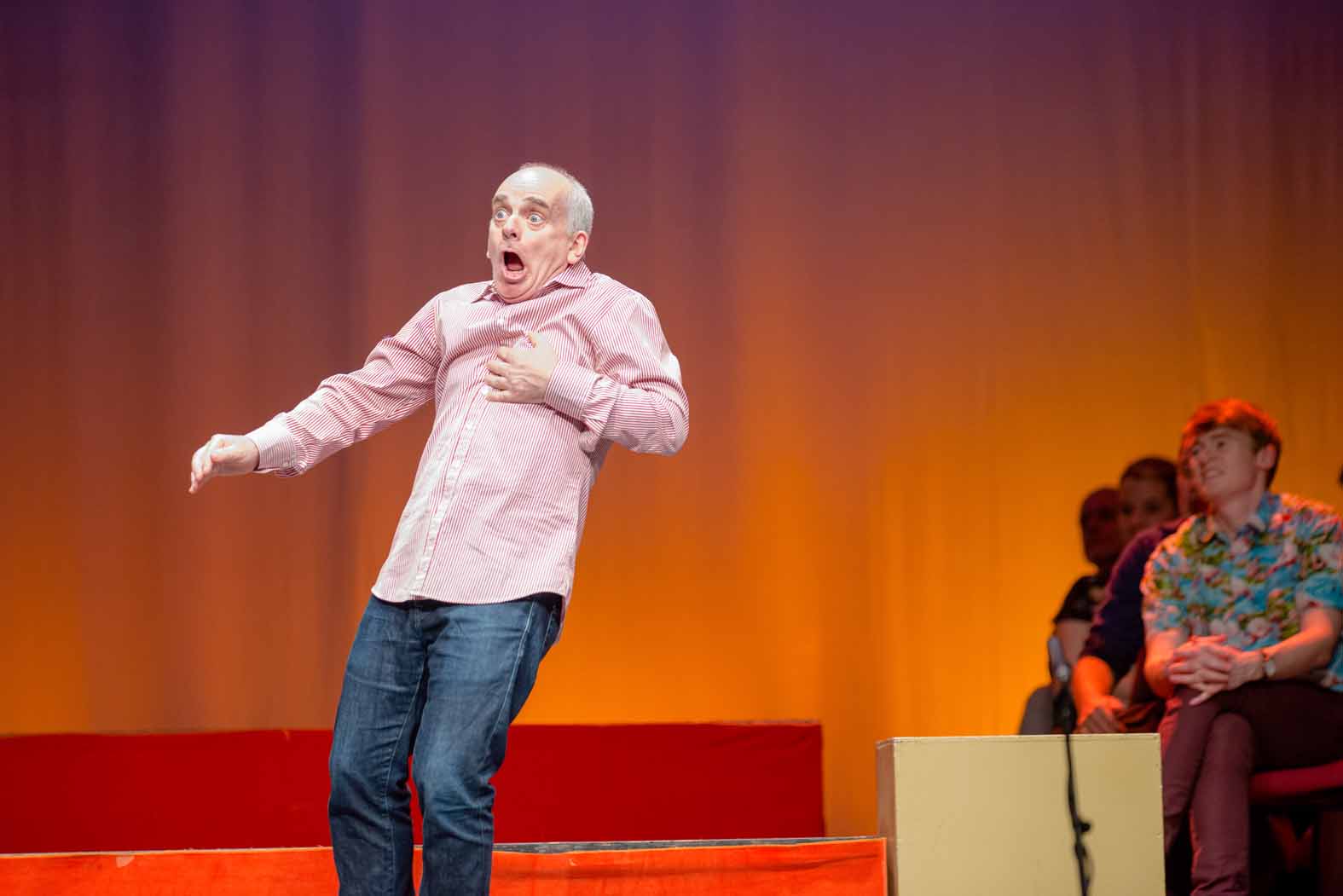 Hosted by Nigel Sutton and Jenny Hope, featuring three judges from last year’s championships, the first challenge was thrown for all three generations to explain their era: the I Babies in the genre of Walt Disney, the Old Timers as a 1980s music video, and the Middle Agers in Space Travel….all against the backdrop of musical improviser maestro Gep Blake: who really was a highlight of the show. From sci-fi to rap, the Macarena to Waltzing Matilda, Blake’s musical prowess was spot on. 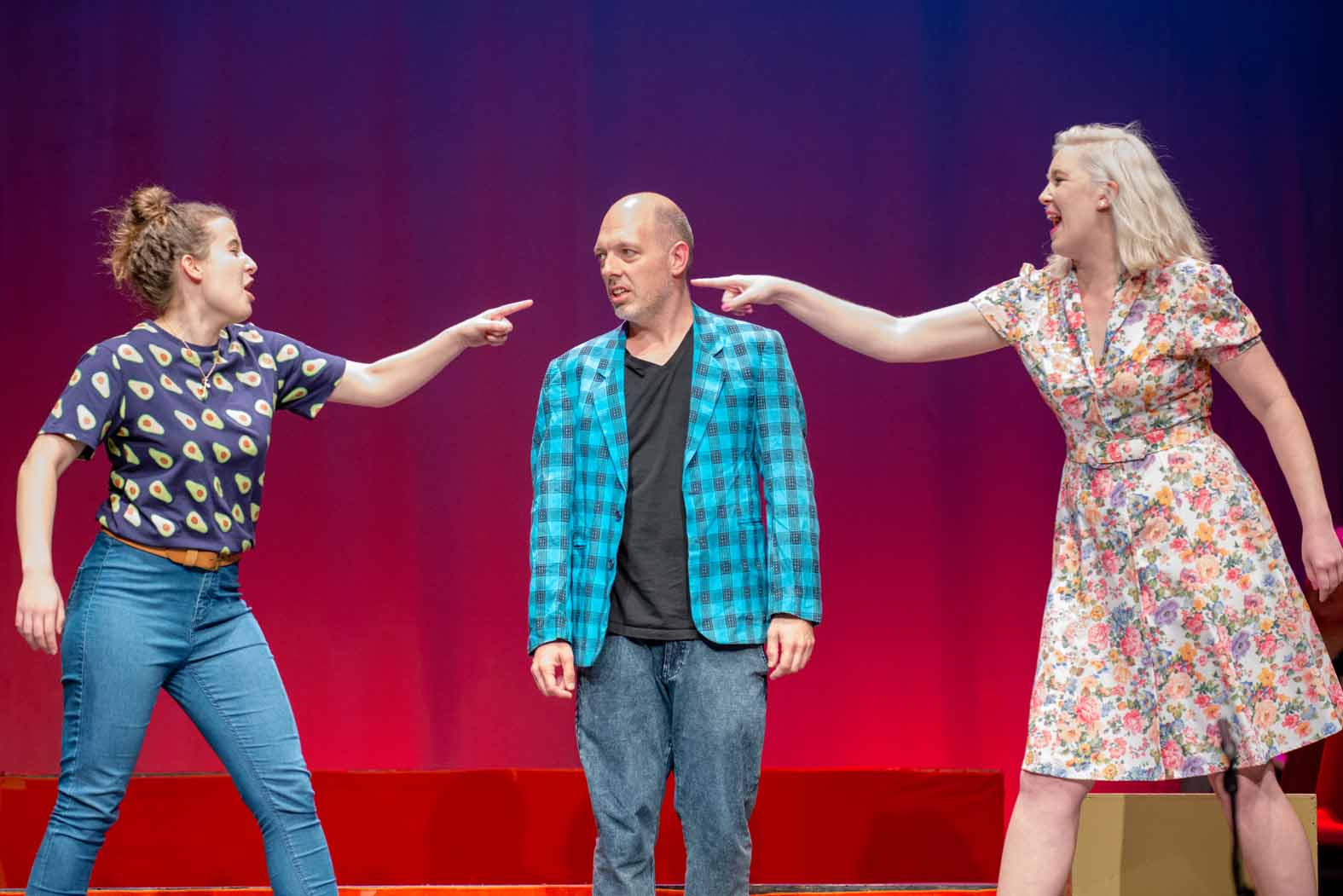 From there the next hour was mayhem, chaos,  and jaw doppingly ,achingly funny laughs: from tales of Mad Cow Disease, Kangaroos in Qantas airplanes, eroticism in nursing homes, love in space, to, of course a tale about When Harry Met Meaghan, featuring Prince Charles with an Ocker accent….all culminating in one big Spanish Love Story for the Grand Finale!

Theatresports is not only clever, but endless fun for everyone: take a date, your family, a friend….yourself! A must-experience!

For more information on all things Theatresports: from performances to corporate events check out: www.improaustralia.com.au 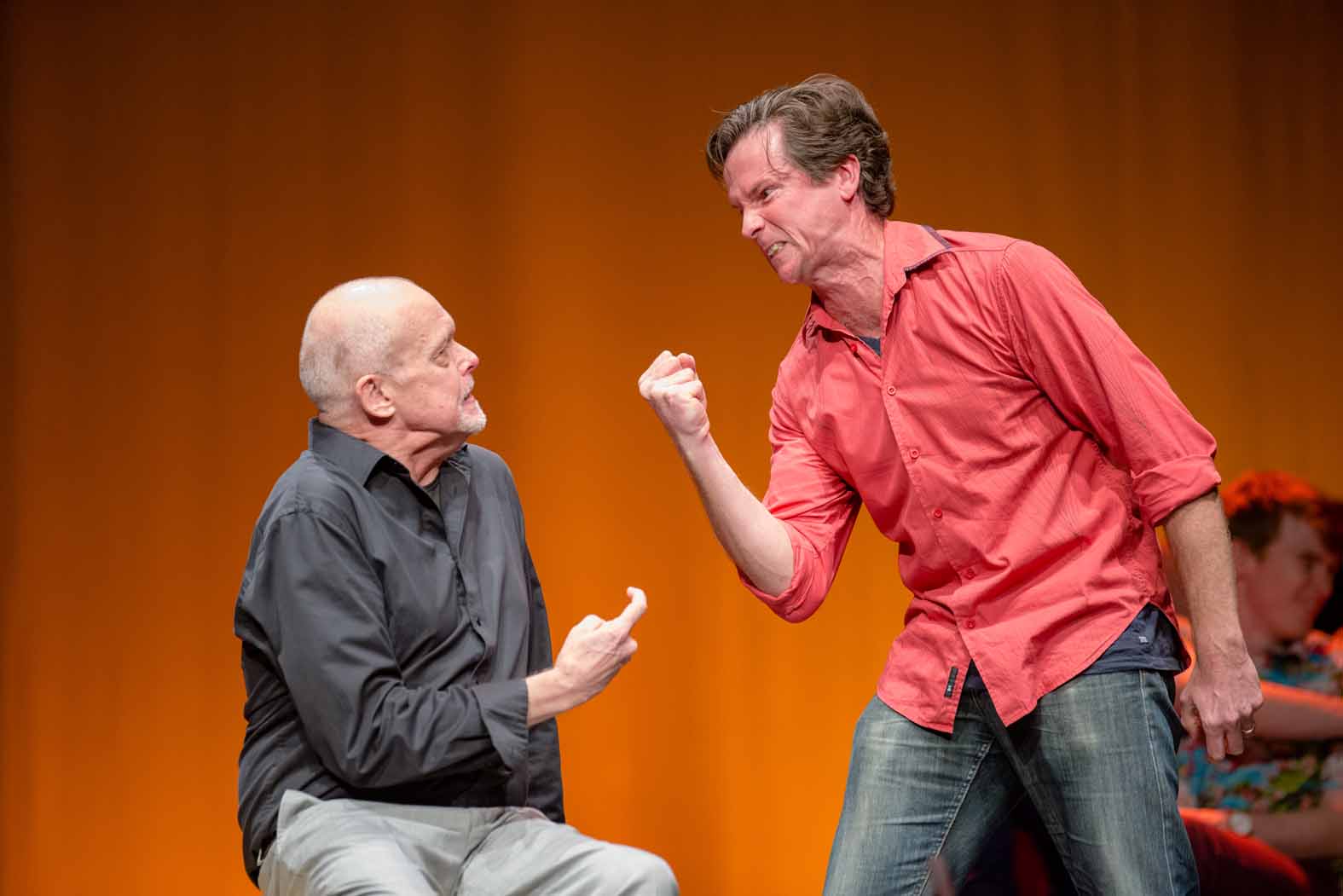 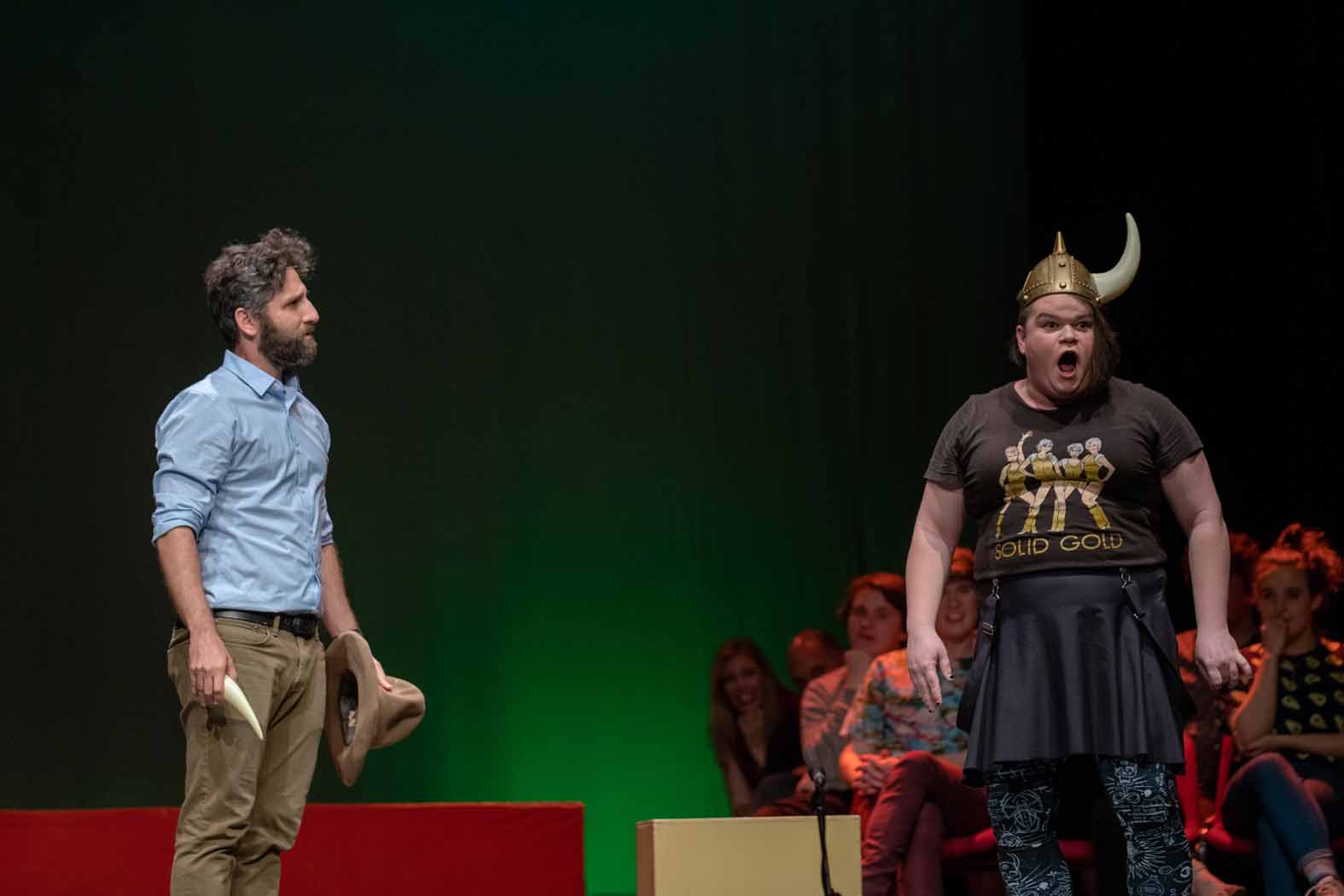