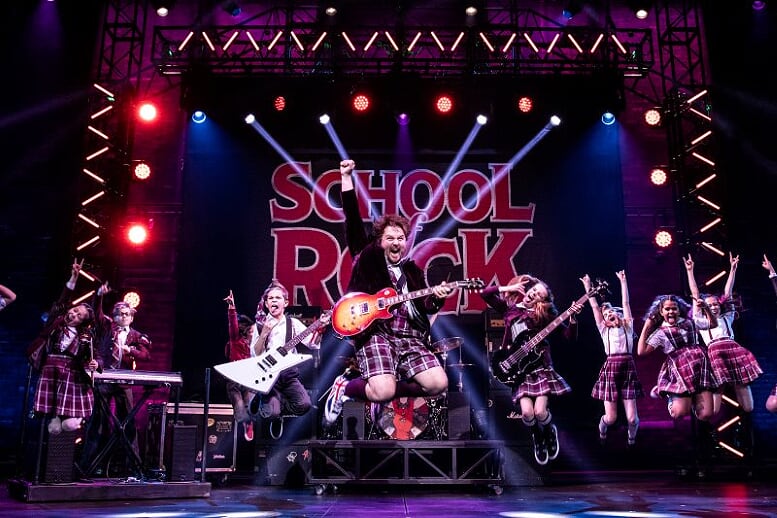 It rocks, it gives, it kicks the proverbial derrière. It gives you goosebumps, makes your heart race and leaves you wanting more. It almost makes you want to go back to school. Almost! Simply, it’s a rocking-good-time. But enough of rock-bottom puns, let’s get on with the show review.

The School of Rock has arrived on Sydney’s theatrical scene. It exploded with a loud bang obliterating any competition. And so it should, after all, this rocking baby has quite the pedigree. Written by the brain behind Downton Abbey author Julian Fellowes with a score composed by the musical genius Andrew Lloyd Webber and performed by an outstanding cast of performers – this is the show to see. 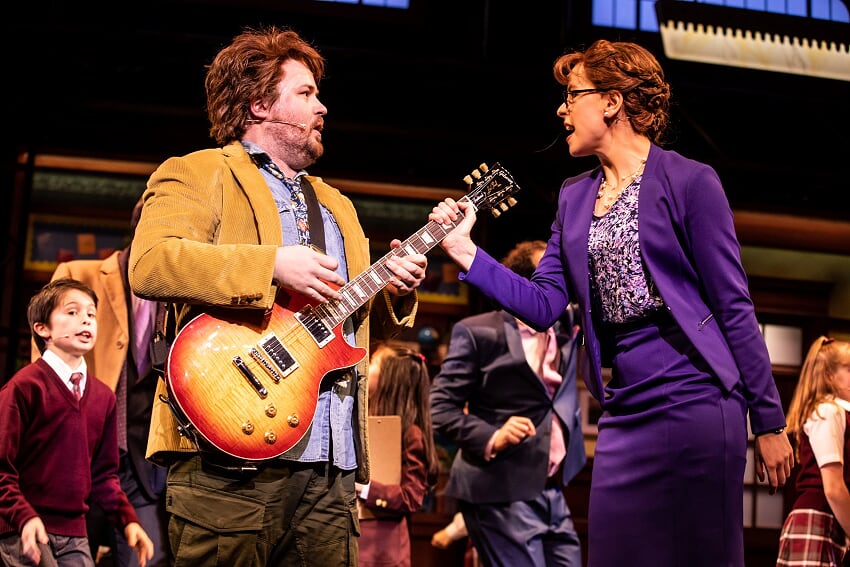 The School of Rock – The Musical is the story of down-on-luck Dewey Finn, a wannabe rock star posing as a substitute teacher at a prestigious private school. There Dewey succeeds in transforming a class of straight-A students into a mind-blowing rock band. 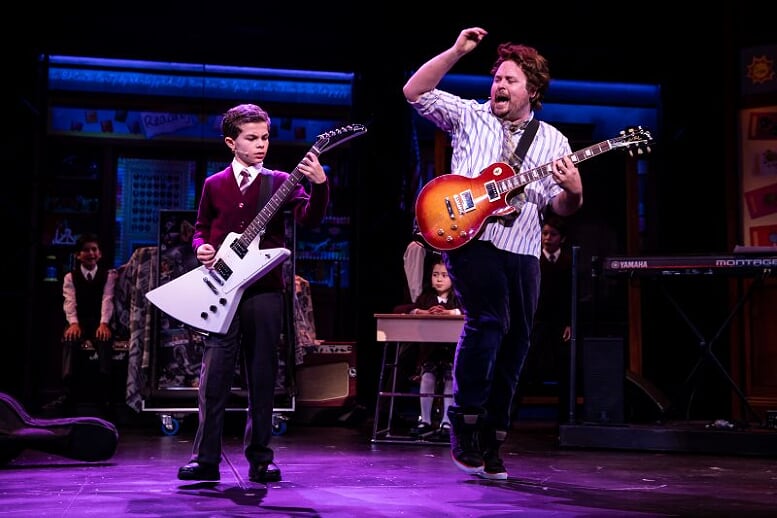 The set and costume design certainly deserve mention, the juxtaposition of the uniformity of the system and the sloppy laid-back freedom of the main character is superb. The scene changes were smooth and brilliant, flawless in their execution. The set became part of the show as the individual pieces danced gracefully across the stage while they transformed the scene.

Finally, the cast: It would be impossible to single out just one or two members of the cast. So, I am not even going to try. Every single performer was brilliant. Naturally, for those who have seen the movie, there is a tendency to compare the performances of Jack Black with that of the artist portraying the character’s stage version. However, Sydney-based actor and composer Brent Hill, makes the role uniquely his own, leaving Jack Black, a distant memory. The same can be said about the bunch of mini-rock stars who are by no means the supporting act but very much a part of the main attraction. They are rocking sensations, particularly when you consider that they are acting, dancing, singing and playing musical instruments and making it look easy. They give the term “child’s play” a whole new meaning. 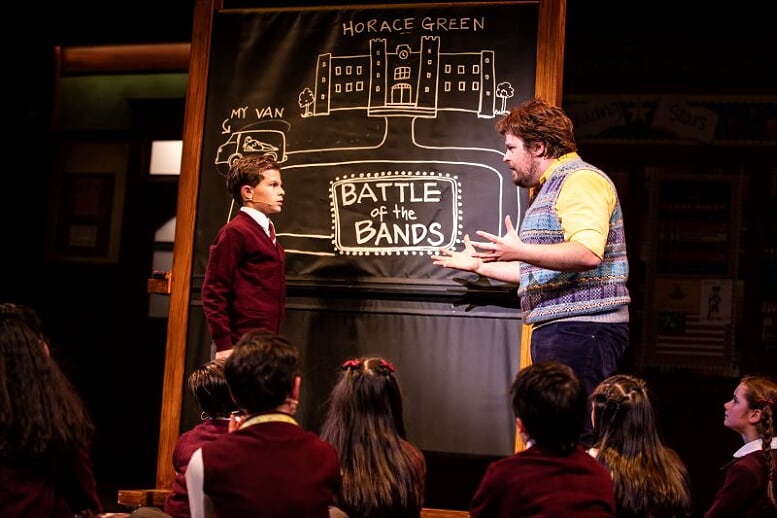 Stirring, inspiring and hysterical, this is one epic journey! It is a show the entire family will love. I have the hard fact and my three Guiney pigs to prove it. As always, I took along my cheeky five-year-old, and my grumpy 16-year-old and both were utterly captivated. The little one watched the entire show mesmerised, at times she would jump up and down squealing at the top of her voice at others she would clap and stamp enthusiastically, and on occasion, she hugged me tight and yelled at the top of her voice, “Thanks mum, this is the best night ever!” The older one separated herself from her mobile phone and sat enthralled, laughing, clapping and bobbing up and down.

Just be forewarned, in the days following the performance, you may find yourself walking through the shops with your five-year-old screaming at the top of her lungs; “Stick it to the man!” and watching nightly rock performances staged by your inspired offspring.  You may also discover your five-year-old is perpetually playing an air guitar, even in her sleep, and asking Santa for a drum set.

There is nothing left to say but this, The School of Rock is a night you will never forget. School has never been so cool.

The School of Rock is playing now at the Capitol Theatre, 13 Campbell Street, Haymarket 2000. For more information visit https://au.schoolofrockthemusical.com/

Get your tickets now.