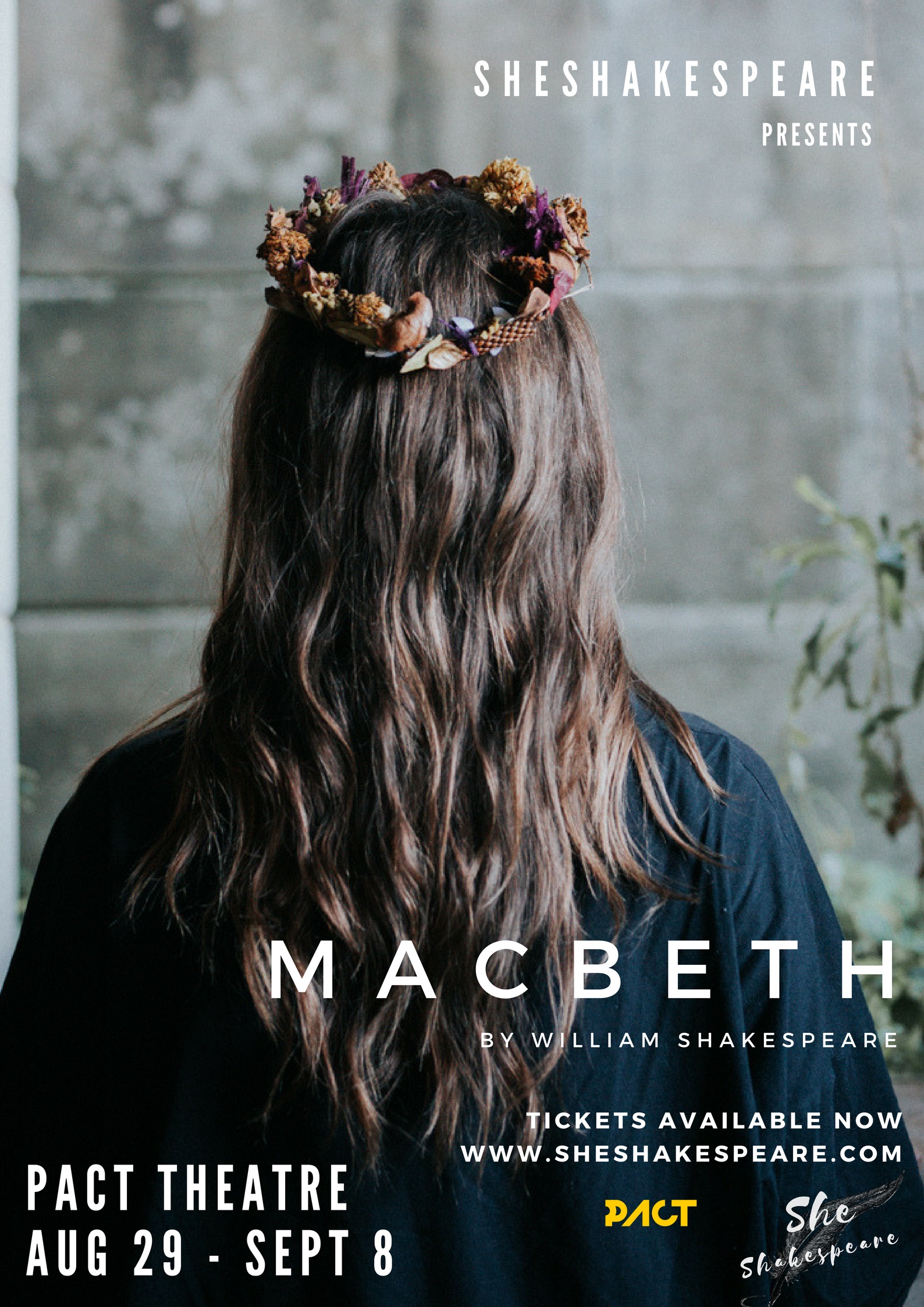 Come, you spirits that tend on mortal thoughts. Unsex me here - Lady Macbeth

SheShakespeare's second production of Shelley Casey's artistic direction honoured an all-female cast of talented women materialise the equal parts witchy and bewitched Macbeth in Erskineville's Pact Theatre. I walked into the smoke-filled blue and orange light which spilled off stage and into the seating as a girl took steps throughout the space with burning sage in hand. She did this to cleanse the space of negative spirit, I assumed. I believe there’s a lot to be felt for a performance which claims its magic even before its allocated time. The space theatrically and appropriately prepared, I felt ready to engage with what I had not yet realised I had preconceived ideas about. 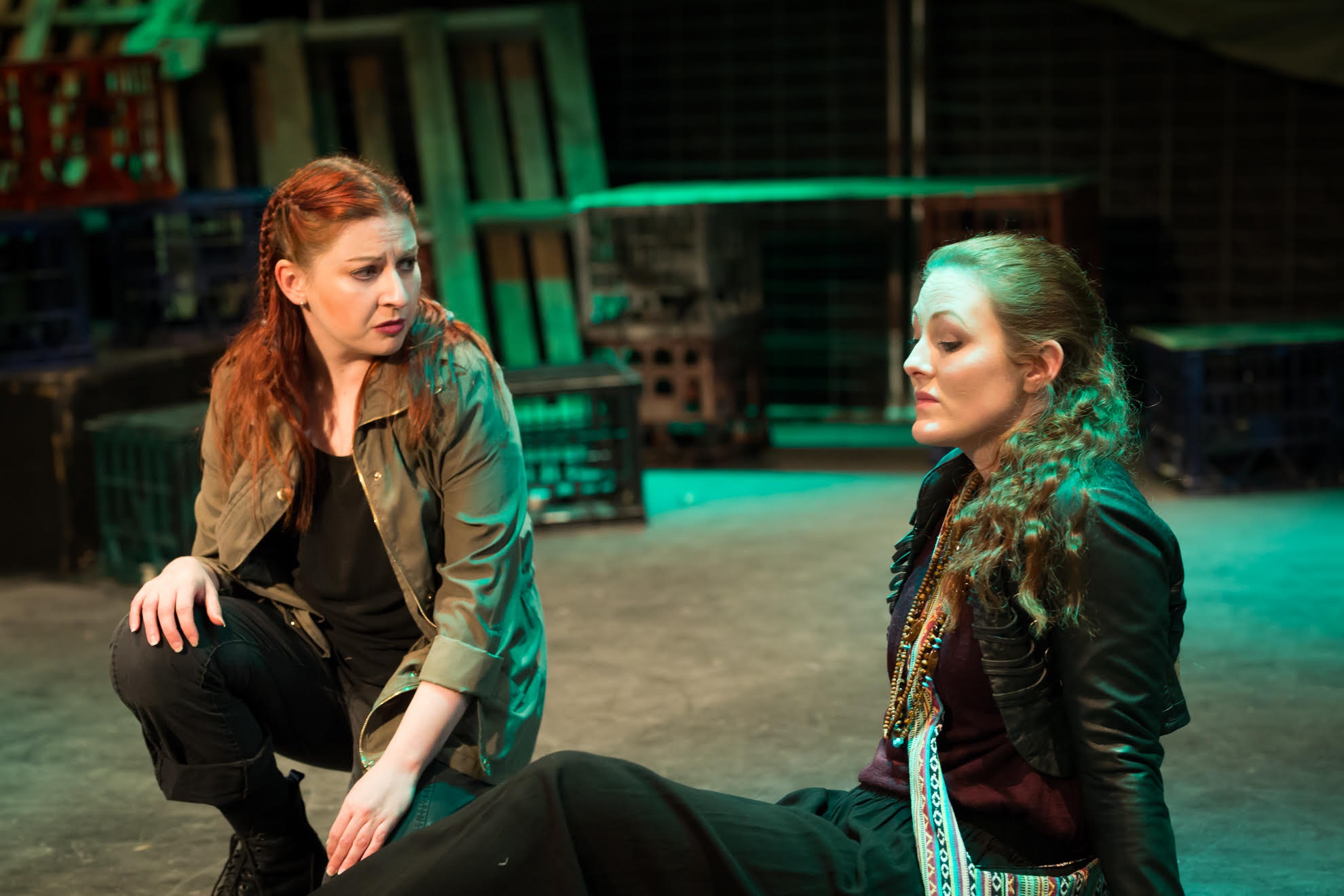 It wasn’t until halfway through the first act that I realised that since high school, I still had no more of an intellectual grasp of the mouthful that is Shakespeare’s language, still struggling to follow every seemingly critical relational detail between characters and plot. I became aware that I had assumed that this adaptation would carry with it a progressive attitude that might additionally transcend the classic language boundaries which I’ve often found inhibiting in the reception of what I know to be fantastic theatre. I had to address this preconception of inherent progressiveness; SheShakespeare is not a project which by characteristic definition forces a political statement. This is a team of hardworking, persevering women who asserted their talents in the theatrical space given to them to reproduce and produce within their theatrical boundaries. In this train of reflective thought, I wondered: did I feel more when I experienced this female-driven direction of Macbeth and its total feminisation of characters, because I am also a woman? Is my inclusion tethered by an engendered pride? I sifted through my feelings, scrutinising the praise that wanted to flow out of my writing hand after this performance. And what I circled back to was what I always felt was the essence of Shakespeare's works: the interpretation lies phenomenologically in the receiver of this art, and the play peeled back leaves the only objective aspect in the layers of complexity in the play that mirror the complexity of life. Gender is just a perceptual construct, after all; it is a word, a label; an abstraction in a similar way that it is an underlying theme in Macbeth. However in this production, it isn’t Lady Macbeth alone who defies the typical representation of women in Shakespeare’s (and, to a large extent, our) time. 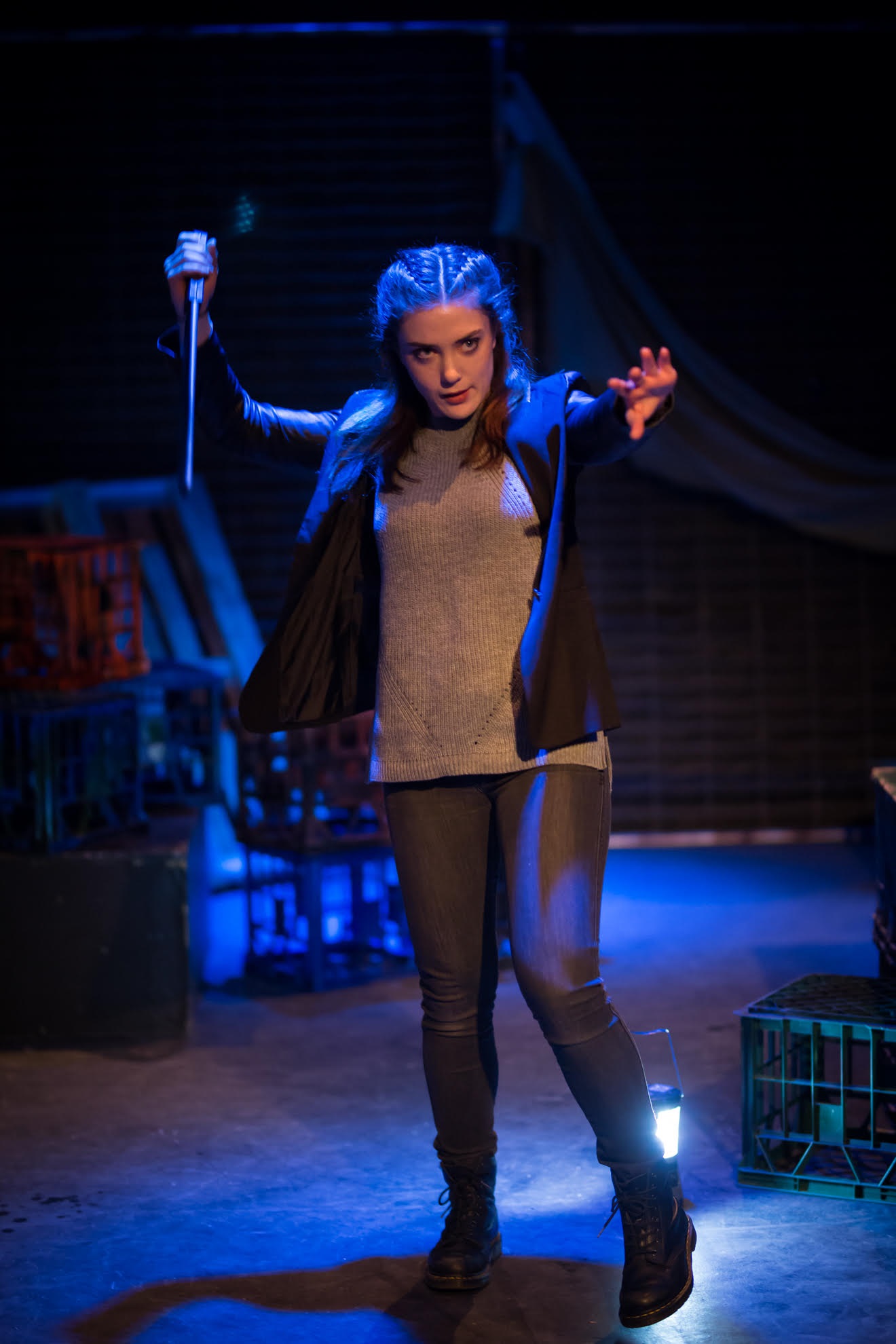 The performance was delivered to the strengths of the women who nurtured it. Just as the stage, scarcely distinguished from the seating, spilled into the space beneath my feet, the world they engaged felt true and alive and pulled me in. Interestingly, there was indeed a strong sense of femininity to me; a recurring theme of musicality, manifest in harmonious a capella transitioning, festive communion between characters, or the interlude of pop culture contextual reference (though beautifully sung, I thought the choice of Miley Cyrus’ ‘Wrecking Ball’ was a bit strange). The characters also embraced at many an opportunity as friends or lovers reuniting after times of long separation. Lengthy hugs, passionate kisses...and again, I am confronted by myself: why do I brand this emotional display of musicality and physicality feminine? God forbid music and emotion belong in theatre. 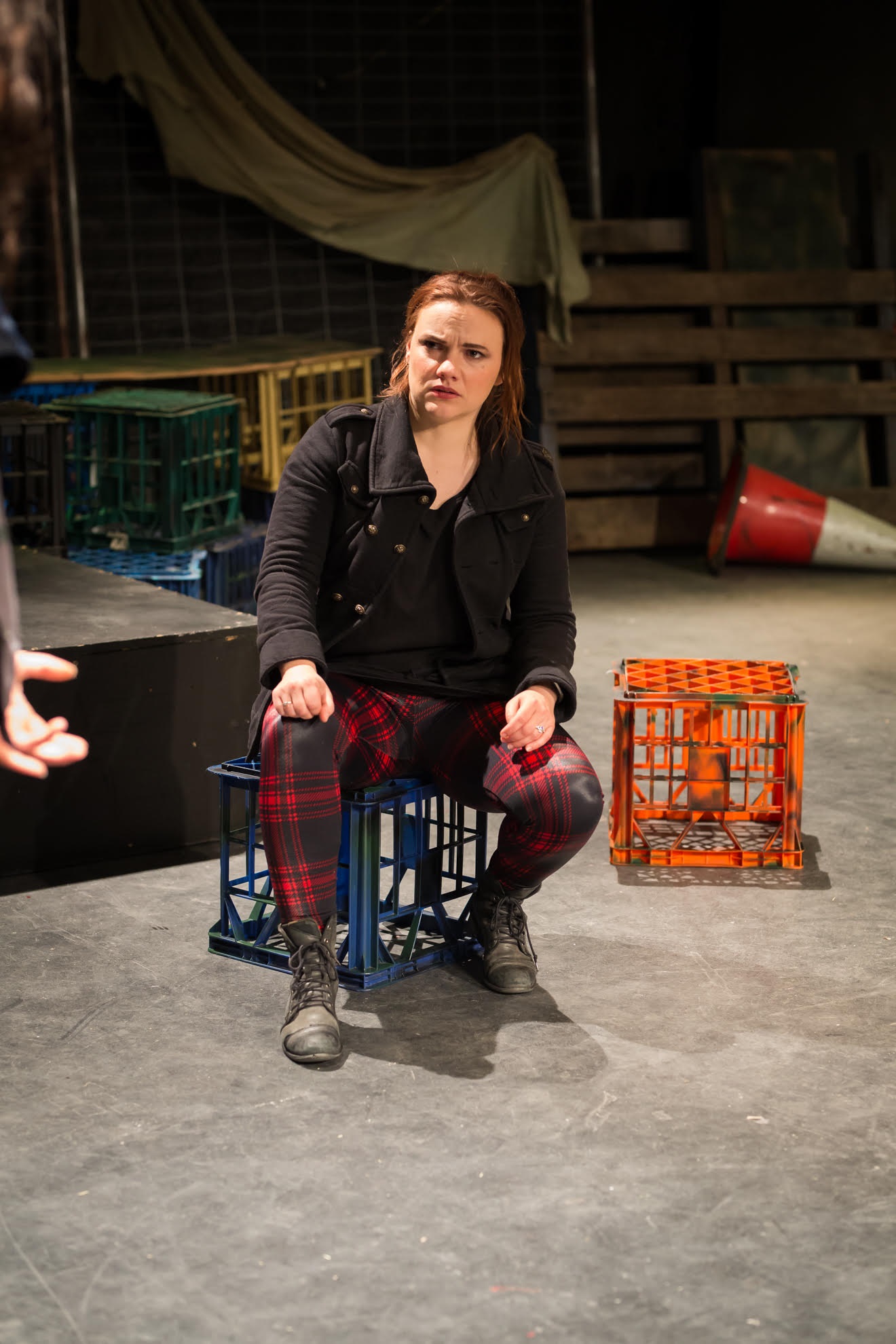 The talent of every actor in this production was stellar, and my preconceptions and personal being as the spectator revealed to me even more about how Shakespeare accesses his audience, even centuries later. You can’t argue with the gasp or tear or laugh that I emancipated as one with the audience, when I experienced this phenomenal production, leaving me excited to see the future projects of this fresh theatre company. 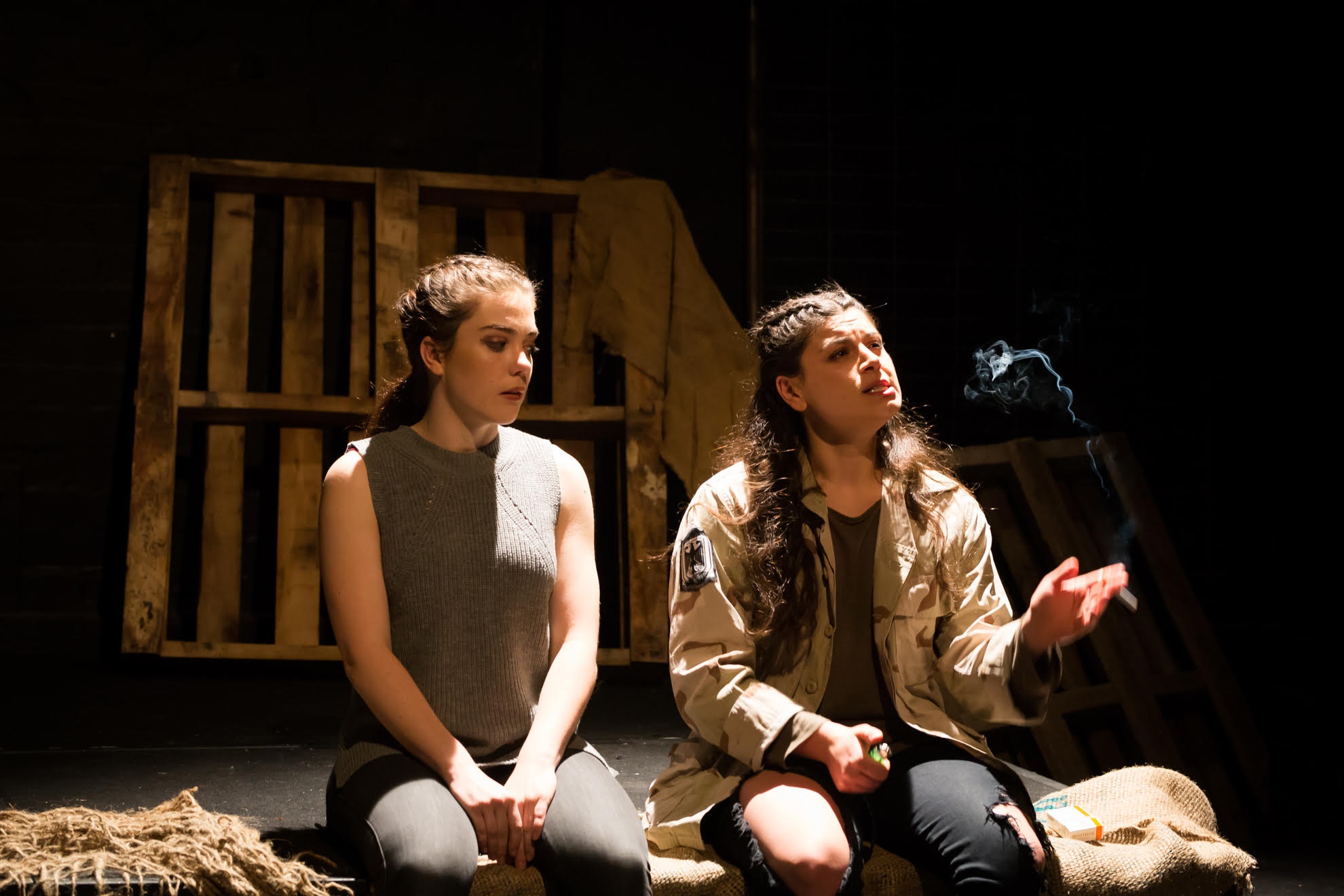 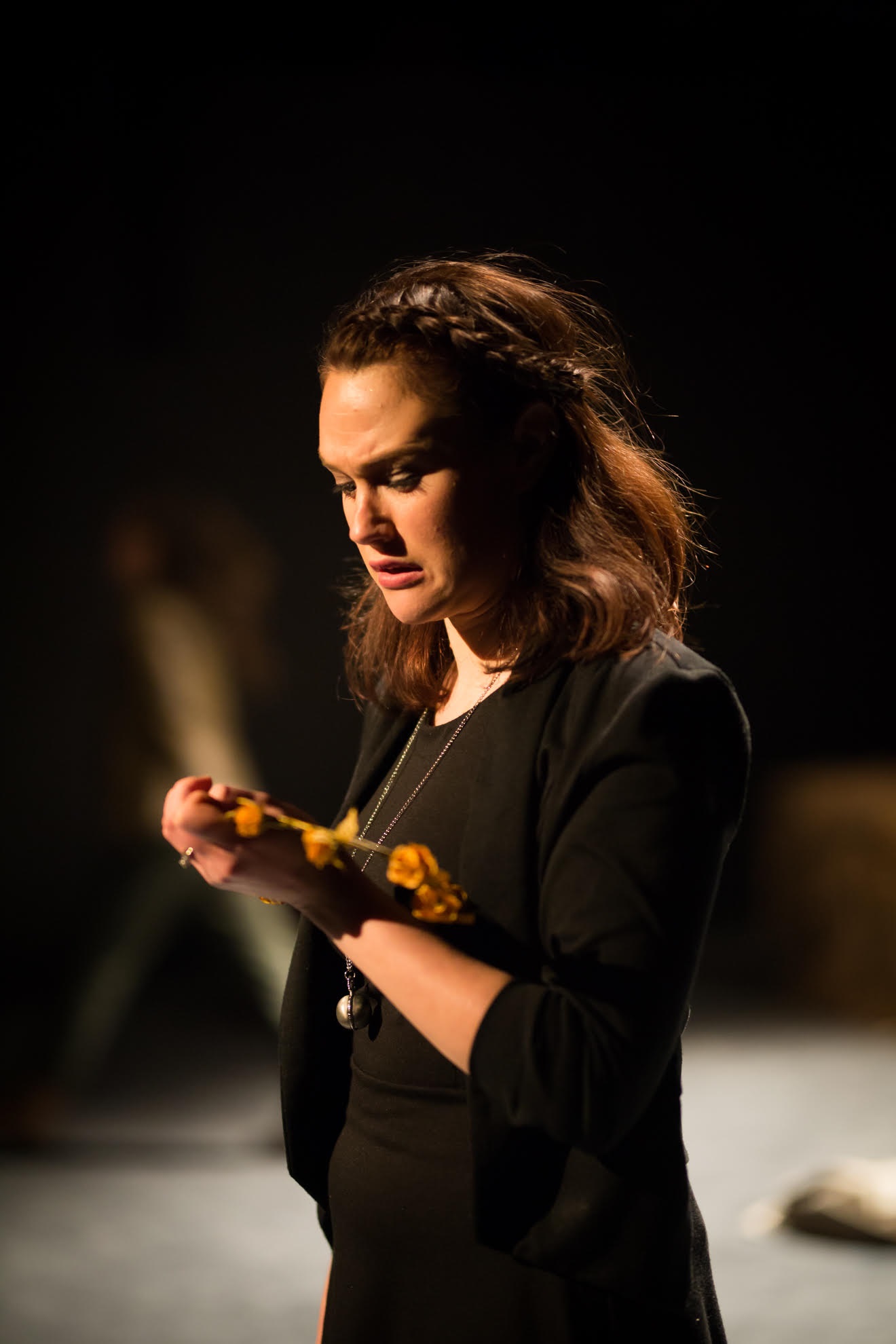 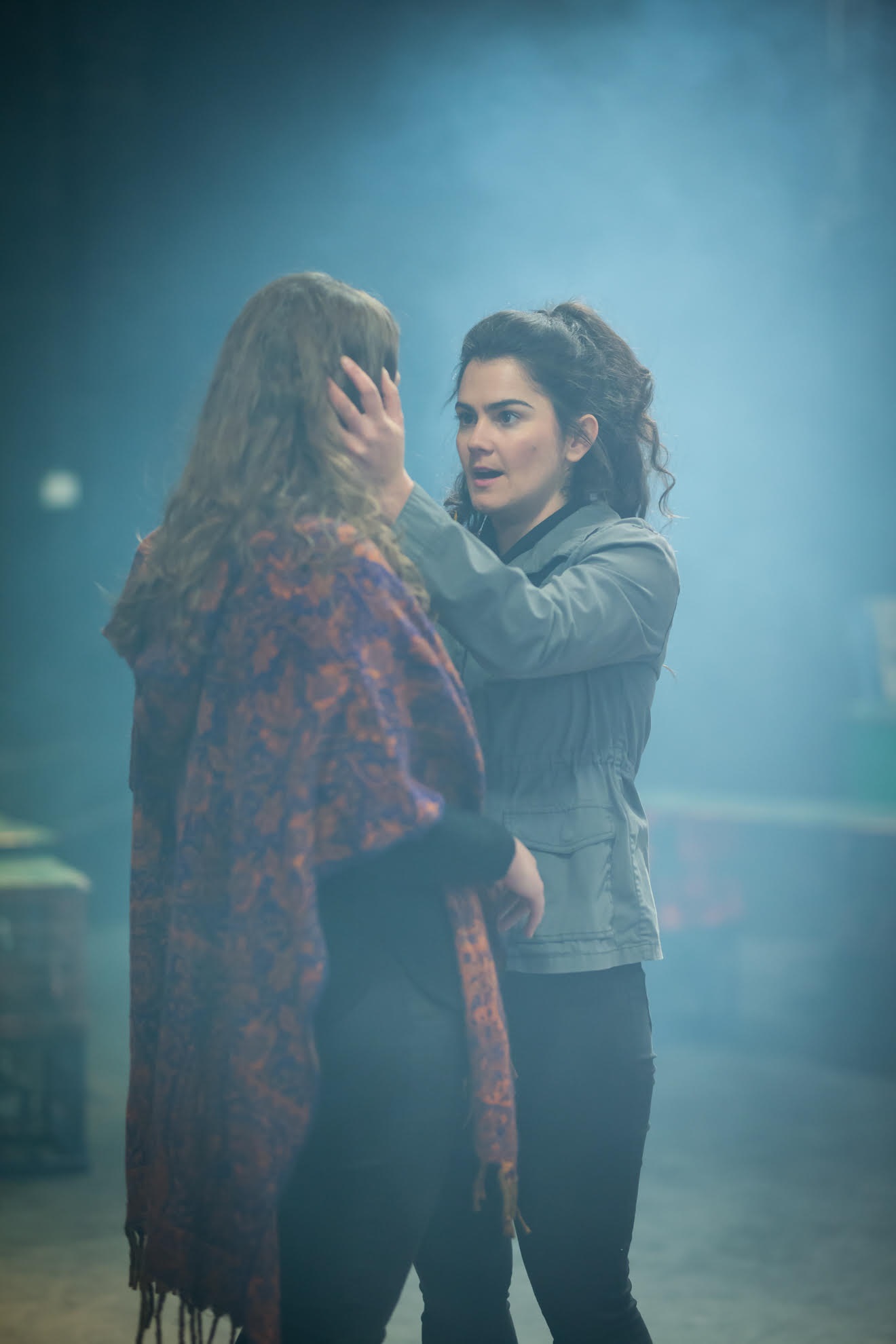