Short + Sweet, the world’s biggest short play festival, delivered a number of memorable gems in Week 3 of the 2020 Sydney Theatre program. Short + Sweet Theatre embraces the vision of a more creative world – 10 minutes at a time. New and established playwrights are given the opportunity to see their work performed on stage with one main criteria: the play must be 10 minutes or under. What seems like a challenging constraint opens up a world of possibilities as evidenced by the quality and creativity of the plays performed during Week 3.

This particular round saw a good mix of performances across different theatrical mediums and devices, including Auslan and mime. Some of the stories featured inferences to well established films but were told in an original way, which showed the writer’s skill in bringing fresh meaning and perspective to familiar situations. 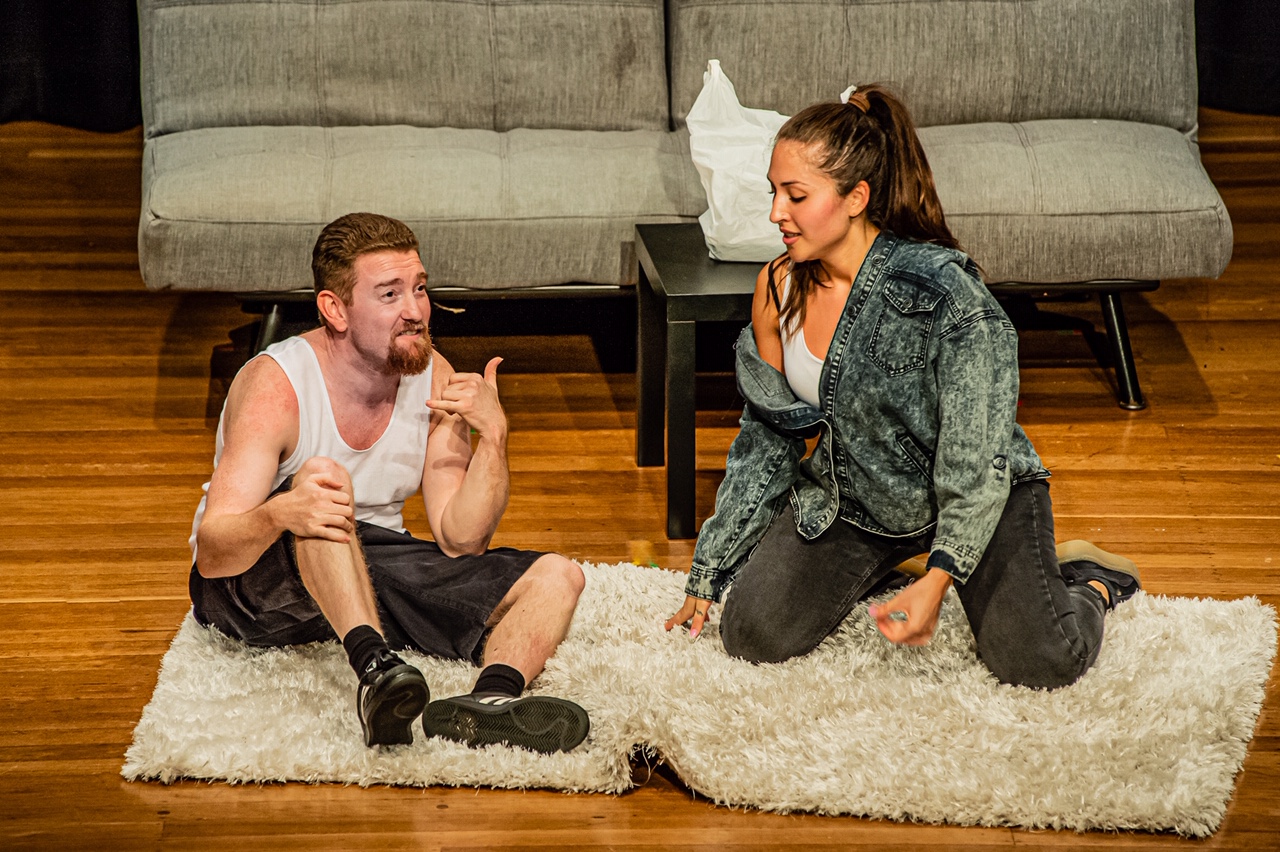 The standout plays tended to not use the writer doubling up a director, which was more effective as it enabled  performance elements to be reviewed objectively and brought to sharper focus, for example, voice projection and clarity of narrative and dramatic intention. Often when writing or performing in a play and directing it as well, the writer’s intent can get lost in the ‘noise’ on stage and certain details about the storyline are not as clear, which then leads to a confusing narrative. That is not to say that any of the plays were duds by any means, as it was clear that they had all been through a rigorous selection process, from the judges short-listing the plays and directors, who then in turn chose the plays and actors they wanted to work with through an intense audition process. However, the ones that stood out had a very clear narrative from beginning to end. 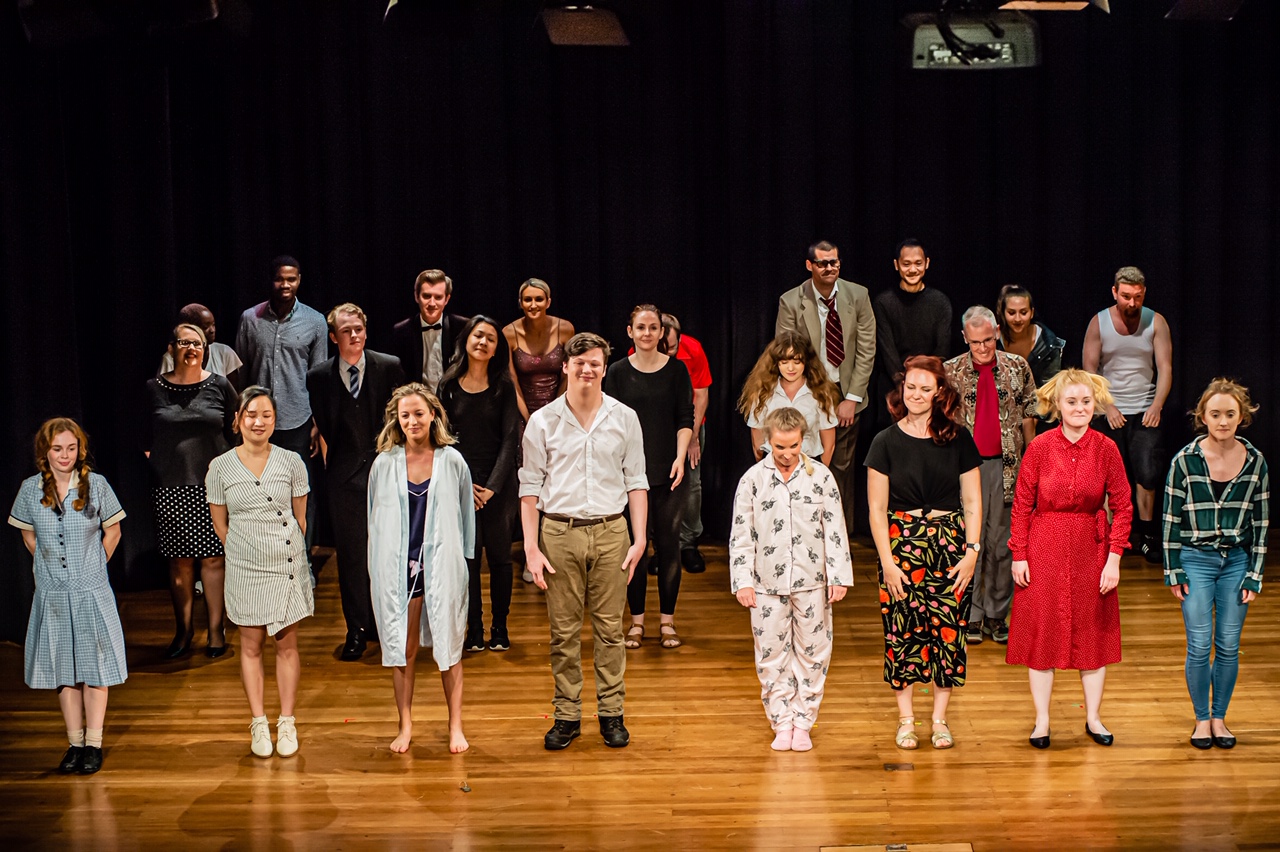 Highlights of the evening included the following:

This play humorously explored the generation gap and the angst against millennial meltdowns. Cast did a great job in being believable in this easy-to-follow story.

Sally is the story of women in imprisonment who have been stripped of their identity and desperate to escape, with terrifying echoes of A Handmaid’s Tale. A complex two-hander from two great leads who gave a powerful, tear-jerking performance.

Never Give Up by James Hutchinson

A cheeky story that kept raising the stakes to side-splitting consequences, about a playwright who just won’t give up. Performances from the leads were solid and kept you invested in the outcome till the very end.

A very relatable story about trauma bonding in a relationship that is on the brink of a break-up. There are no easy decisions in this one and the performers were heartbreakingly honest.

With inferences to The Truman Show this play explored a self-referencing paradigm in an original and entertaining way. Well done to the leads for navigating through the existential themes with spark and energy.

This seemingly sparse play using only sound effects and mime quickly became rich with meaning and depth as the lead (Debbie Neilson – also the playwright) explored her world with all the anxieties of a teenage girl. The special effect with the chair was unexpected and very effective.

Overall, Short + Sweet Theatre offers creative talent and audiences the chance to support amateur theatre at its professional best. Come along to an upcoming show and be prepared to be delighted, charmed and surprised with a mixed-bag assortment of theatrical goodies. 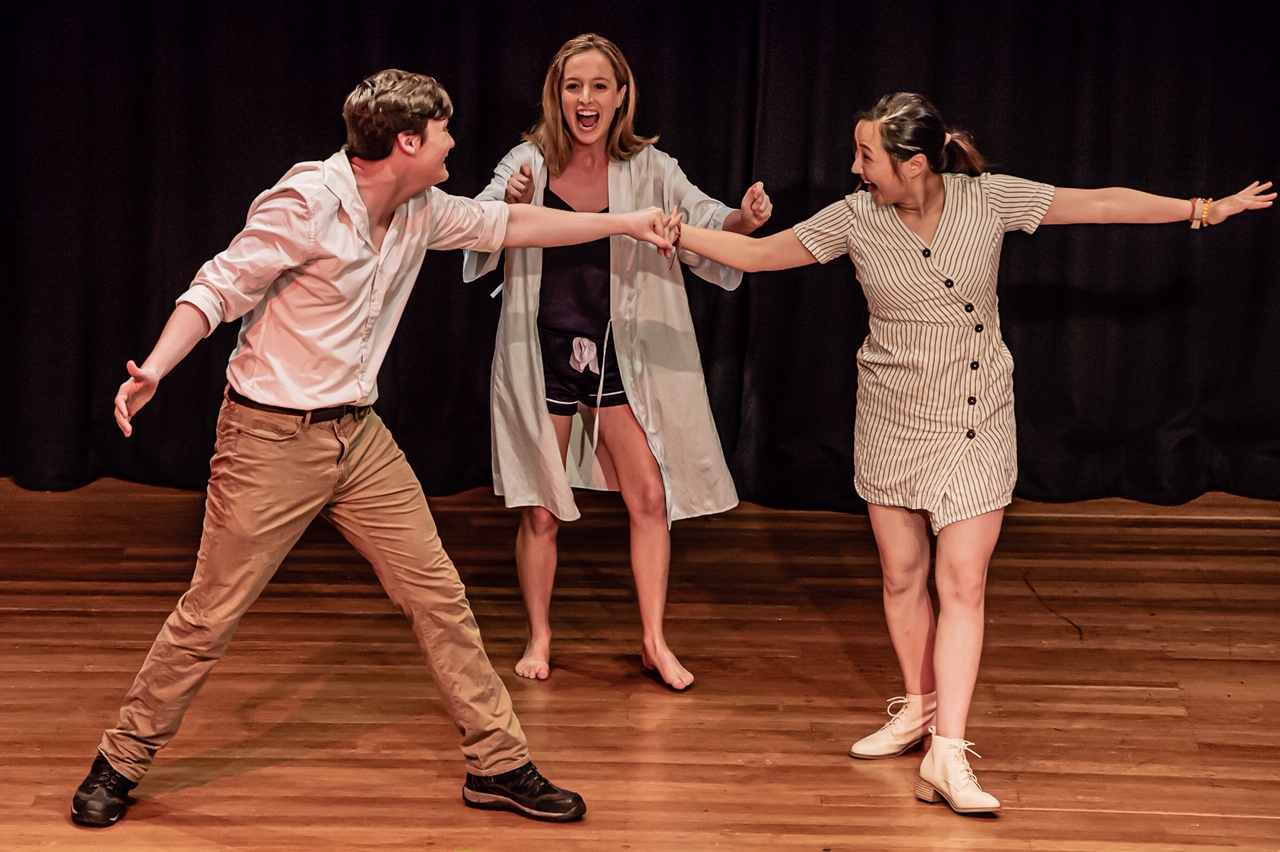 Short + Sweet Theatre Sydney is on until 26 April 2020. For dates, times and venues go to www.shortandsweet.org.