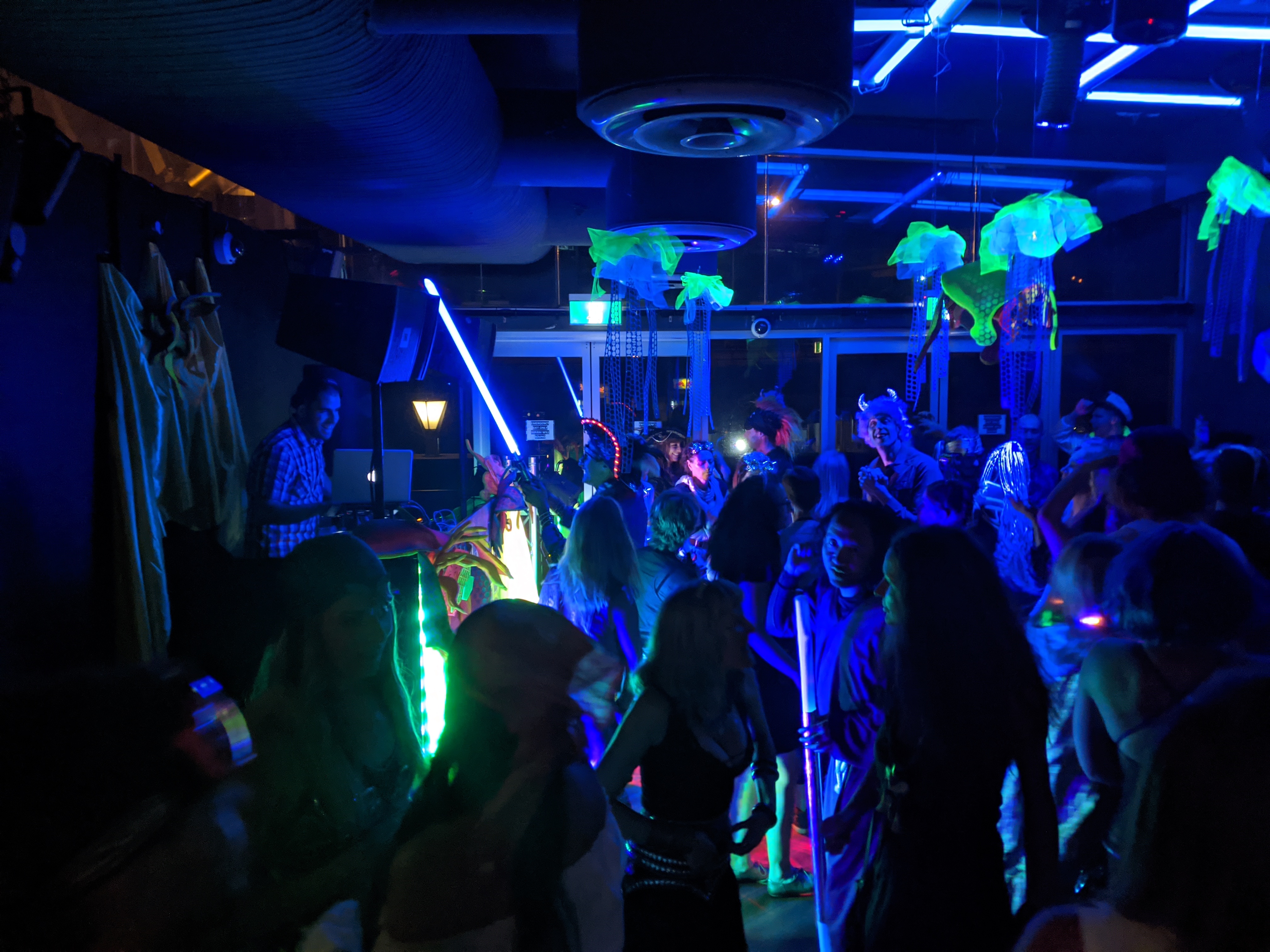 Xstatic Sunsets is a sobre mental health movement started by Jasper Vallance in an endeavour for healthier ways for people from all comings to get high on life. The natural high created at his dance parties is attained through the unjudged dancing, self-expression and connection to oneself and to other people. Xstatic Sunsets is based on the notion that stress relief can come naturally when ‘Happy Chemicals’ are released in our brains, as opposed to the temporary elevation brought from drugs and alcohol. Vallance has hosted two themed sobre dance party events in Sydney thus far. This one, he appeared unstoppable in his desire to dance the intergalactic evening away.

The ‘Space Pirates’ theme meant an array of costumes from both the realms of space and the pirate world. A Costume Catwalk would have been an awesome addition to this affair, as thorough thought and extensive effort had evidently been put into most outfits. Cosmic costumes and intergalactic aliens, rum-worthy wenches or space and pirates entwined. There seemed a definite sense of fun and excitement created through each unique costume that could only be completely consciously appreciated through a sobre lens.

This event was like a nightclub dance party without the booze, comparable to one of the best discos you ever attended as a kid (complete with a giant shiny disco ball). Everyone seemed to be involved and enjoying themselves, boogeying, bantering or eyeballing. If not dancing in one of the dance rooms, outside provided a quieter area to talk with friends or meet new people. 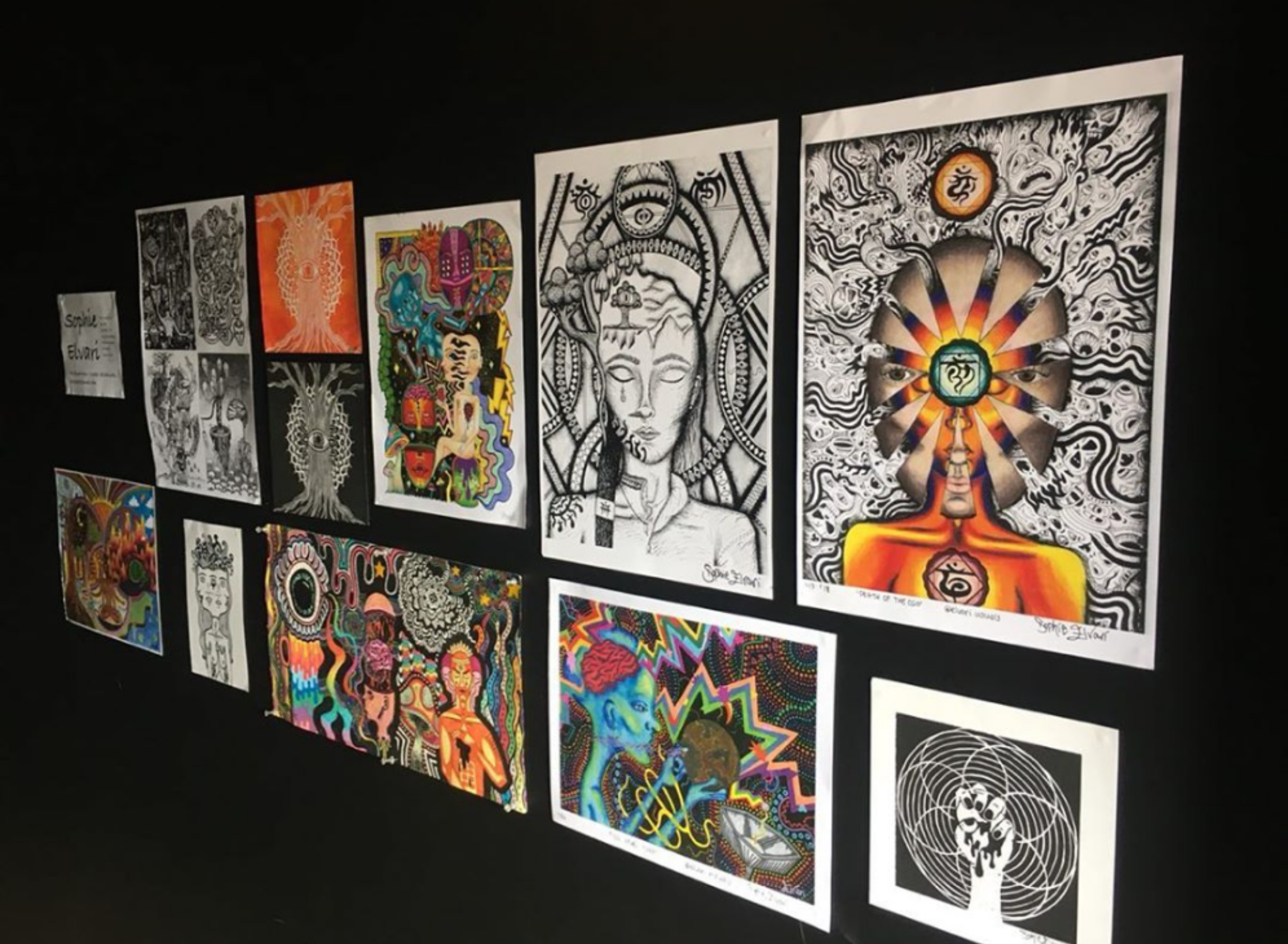 The venue, Home Venue Sydney, had a good view of the fireworks and the lit-up Ferris Wheel by the water. The venue ruled out under 18’s only hours before the event begun, even though the event was largely created for underage people to have a safe place to party. The security guards acted more like prison guards. People coming to an event concerning a mental health movement are going for a reason - wanting a night without feeling like an outsider or yearning for connection, just being accepted. It should be the least of expectations that Home Venue join the inclusivity, anti-discriminatory behaviour and be against procuring feelings of invalidity. If somebody is nice, one should have the decency to be respectful back - respect diversity and disability and remain non-judgemental towards the perceived differences in people seldom known to the self.

Venue aside, this sobre experience did as intended and provided a safe and entertaining community and space for the acceptance and awareness of mind with body, mingled with connection with like-minded people. And a whole lotta fun! Xstatic Sunsets is a mental health movement that should become a more frequent occurrence for all to experience – inclusivity and conscious connectedness to other humankind as well as to ourselves, our own bodies and our own minds.