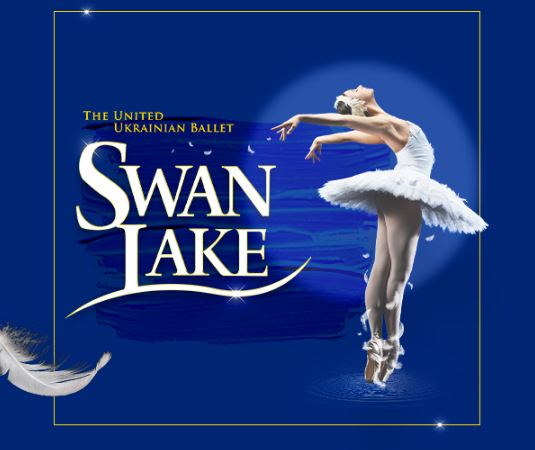 ‘Make dance not war’ was the sentiment expressed at the opening night of Swan Lake performed by The United Ukrainian Ballet at International Convention Centre (ICC) in Darling Harbour. Revered as one of the most iconic ballets of all time, this particular performance will go down in history as one of the most memorable.

Given the extraordinary circumstances surrounding its conception, this particular performance felt more restrained than demonstrative, more stoic than tear-jerking, and perhaps, appropriately so. All sentiment was saved till the very end when the performers sang the Ukrainian National Anthem to a standing ovation. 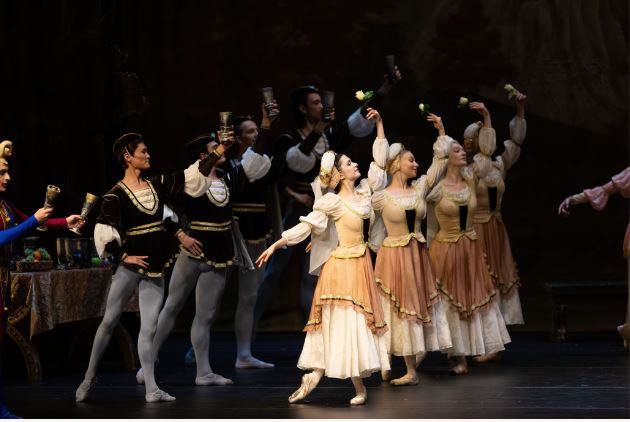 At almost $200 a ticket, this is the kind of production you go to see a slice of history when the world went crazy but the art lived on. The radical courage to recreate Tchaikovsky’s masterpiece in just a few short months in spite of a raging war was, as the program states, nothing short of a miracle.

Of the four Acts presented in the ballet, Act 3 was the most lavish and impressive. This scene had the audience gasping at the incredible palace that had been created as a backdrop for the height of the story when the Black Swan seduces her lover while the White Swan is trapped in a tower. Kateryna Chebykina in the dual role of Odette (the White Swan) and Odile (Black Swan) absolutely smashed the famous 32-fouettes, the most technically challenging sequence when the ballerina must spin on one foot continuously to a very fast tempo. Chebykina showed majestic authority, not just in her dancing technique, but in her killer smile that created a connection with the audience. 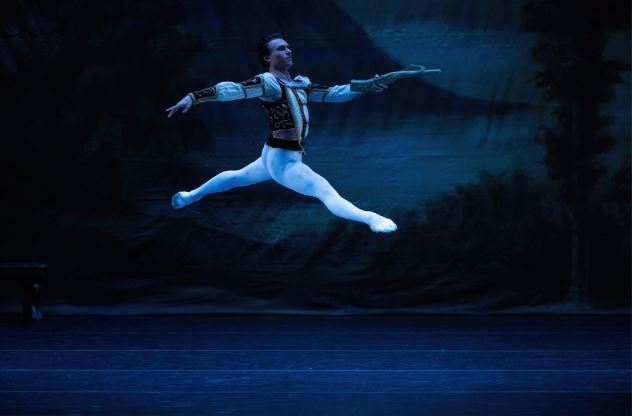 If Chebykina had majestic authority, then Oleksii Kniazkov as Prince Siegfried demonstrated salubrious masculinity. As a prince among swans in long white tights, he gave the audience a taste of theatrical royalty.

Oleksiy Grishun as the evil Baron von Rothbart was diminutive compared to Prince Siegfried, but perhaps that was intentional, to make the enemy look small and almost comical. He too demonstrated extraordinary agility, gaining applause for his sequences.

The other male performer on the night gaining rapturous applause was Pavlo Zurnadzhi as the court jester. He reveled in his role as principal entertainer of the court, and was very dynamic.

For those only familiar with the layperson’s version of Swan Lake, the program supplied a detailed guide on the history of the ballet and an easy-to-follow synopsis of the storyline. However, at $25 a booklet, a little more attention to detail would have been expected (page 14 has a major typo regarding the death of Emma Livry, a famous ballerina from 1862). Perhaps this point is merely pedantic, but in ballet, everything is. 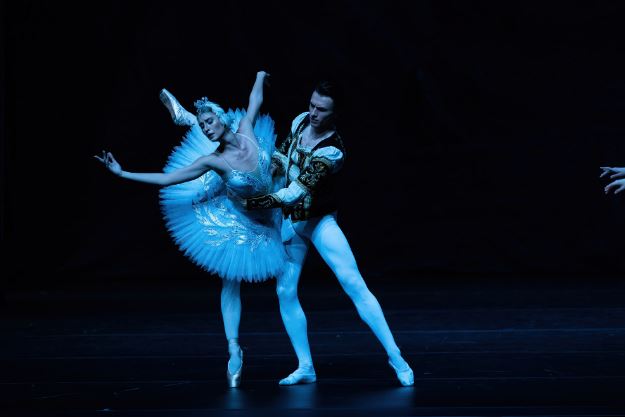 The other sticking point was the opening of Act 1. When one goes to the theatre, one wants to be immersed in darkness to enjoy the anticipation of the magic. In this performance, the music played while the curtains remained shut for a good two minutes or so, with the house lights still on. It reminded you that you were sitting in a conference centre, and that took away from the experience of diving into the world of the swans. The curtains finally opened to reveal a handful of performers on stage against a yellow background that looked like it had come from the Sound of Music. With amber lighting against a yellow background, and mostly peach costuming, it needed some contrast, but there were no dramatic lighting shifts to help centre and focus the action on stage. The recorded (not live) music also sounded flat, and lacked punch and nuance. The overall result was generic; it wasn’t terrible by any means, but not the best aesthetic choice.

The following acts, however, made up for this disappointing start, and became more magical and enchanting, particularly the timeless charm of Danse des petis cygnets (Dance of the little swans). Once shrouded in darkness with the illumination of moonlight, the signature moodiness of Swan Lake became more apparent and visually exciting. 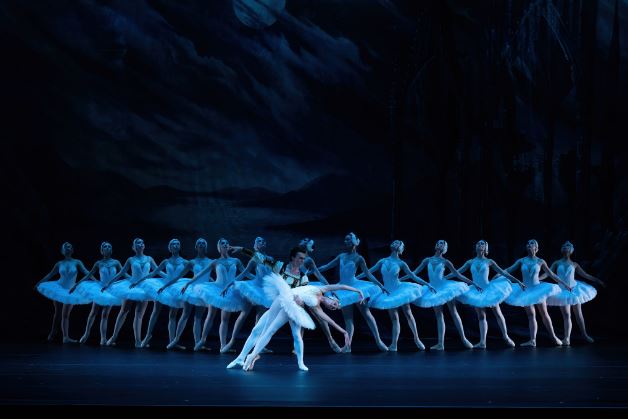 Another big plus was the lavishness bestowed in Act 3, with a magnificent palace set fitted out with chandeliers and exquisite costuming that popped with extraordinary colouring and details. The variety of choreography was dynamic and captivating, culminating in the haunting effect of the White Swan trapped in a tower, just when Prince Siegfried realises too late he has been duped.

Act 4 brought the play home to a thrilling finish, as the evil baron is overcome when one of his wings is torn off. Dramatic lighting showed the forces of good and evil at war, and was on point with the music.

Overall, this production of Swan Lake had poignancy that will have a legacy of its own in years to come. It was an incredible gift to witness and share.

Swan Lake on at International Convention Centre Darling Harbour till 5 November. For tickets and showtimes go to https://www.iccsydney.com.au/whats-on/events/swan-lake-the-united-ukrainian-ballet