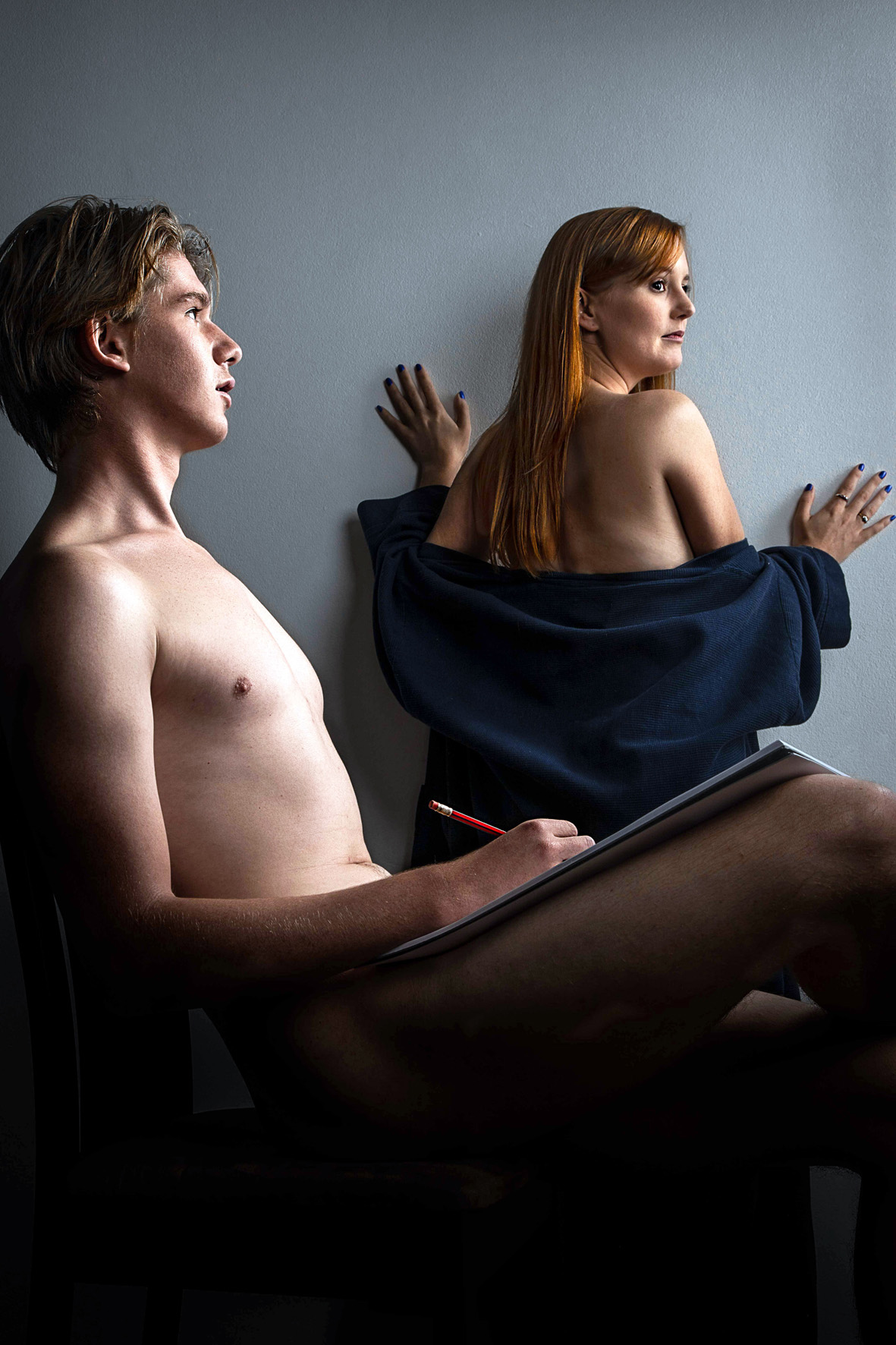 In unprecedented times such as these it’s good to see live theatre gradually returning to Sydney. The Credeaux Canvas premiered this week at El Rocco Café in Kings Cross to an intimate crowd of 24 in accordance with social distancing laws. Though the crowd was small, the play made a considerable impact with a powerful display of emotion and suspense.

The play begins with Winston (Samson Alston), a young art student, fervently working away at his easel in his tiny art studio, furnished with all the trappings of a modest artist’s life: canvas on the walls smattered in paint, art books and magazines piled up, a bowl of cereal with a carton of milk, and a bathtub that substitutes as a bed. Winston, as we soon come to learn, is an introverted, socially awkward yet brutally honest artist with no misconceptions about his talent. 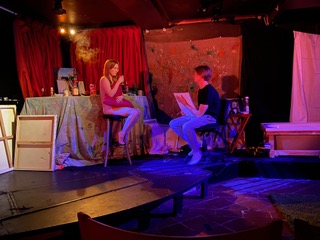 The sound of his paintbrushes faintly dabbing against the canvas piques the interest of Amelia (Rachel Marley), the girlfriend of Winston’s roommate, Jamie. The first 20 minutes or so establishes their connection as young, creative types going through the motions of menial jobs while surviving in the heart of the Big Smoke, dreaming of bigger and better things.

Though reticent and shy, Winston’s painting gets him talking passionately about Jean-Paul Credeaux, an obscure impressionist painter who few people know, let alone own. Winston predicts that in five years’ time, Credeaux will be worth millions, famous not only for his talent but also his ability to pay off his gambling debts with paintings of prostitutes. 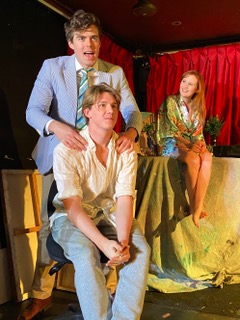 What is interesting about this play is that none of the artworks seen by the characters are ever displayed to the audience; everything is conveyed through rich, vivid descriptions which makes it a wonderful exercise in allowing the audience to use their imagination. “He paints the light around the model, and then, she’s there,” explains Winston. He’s also fond of referring to Credeaux’s economy of brushstrokes: “It’s like he’s about to run out of paint – hah!” he quips on more than one occasion.

As well as their youthful ambitions, Rachel and Winston are connected by Jamie (Jasper Bruce) who works in real-estate. They’re concerned because Jamie’s wealthy art dealer father has just passed away, and there is a chance he may not have left anything in his will to Jamie, as a last, spiteful gesture to his own son who he treated poorly in life. But in spite of this neglect, Jamie seems happy-go-lucky enough.

Almost on cue Jamie bursts through the scene with all the plastic charm of a used-car salesman. He’s bearing gifts of coffee and muffins and full of worldly optimism shining like a laser beam of light. But there’s dark news ahead: Jamie’s father has not left him a penny to his name. 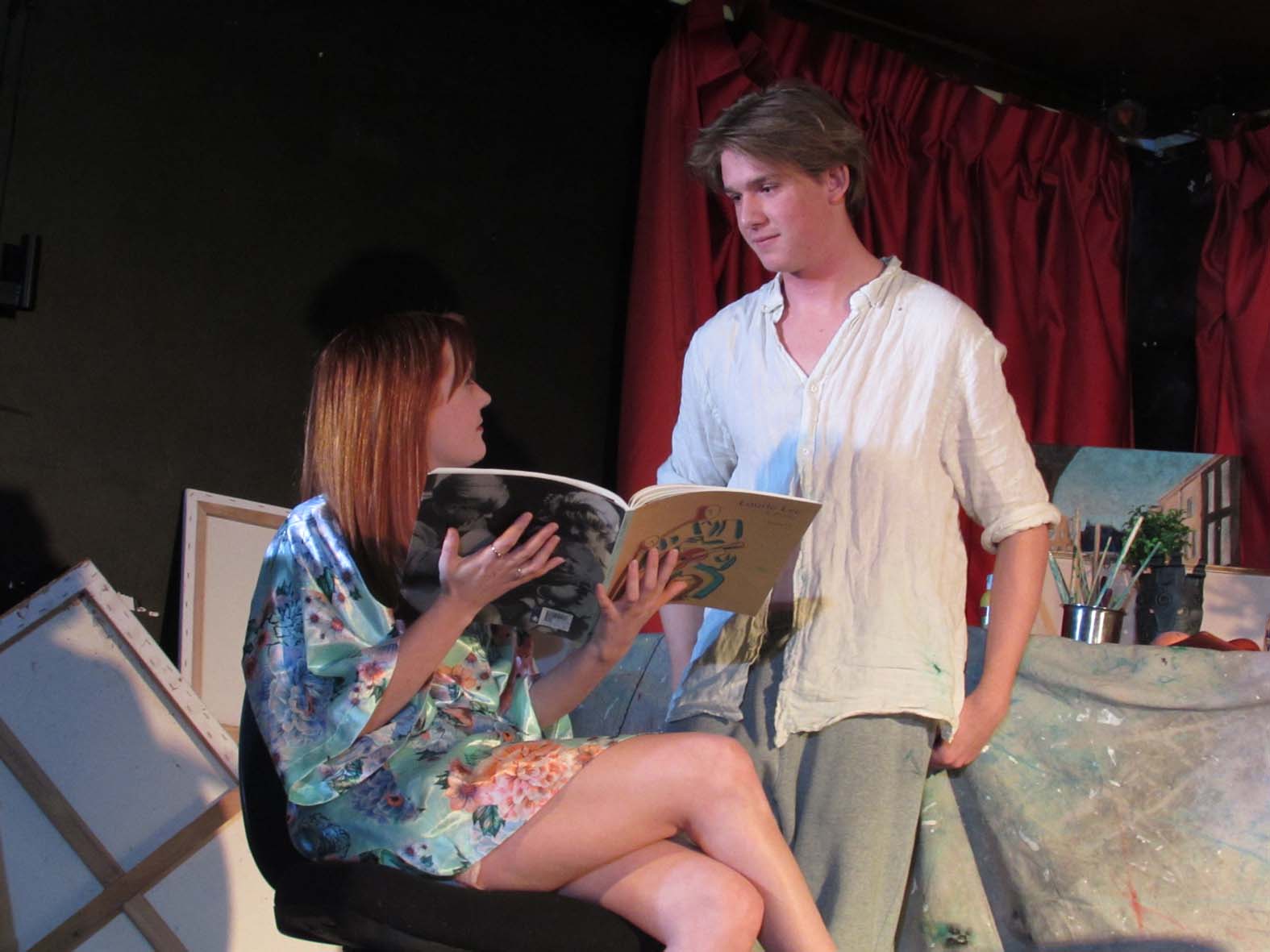 But no matter, because Jamie has a plan. “I have a Credeaux,” he says slyly, looking at Winston mischievously.

Jamie has hatched a plan to persuade Tess, one his father’s clients who is a ‘wealthy ninny nit’, into buying a rare and previously unseen Credeaux. This Credeaux shall be one of the prostitute paintings which Winston will forge….with Amelia posing as the model. 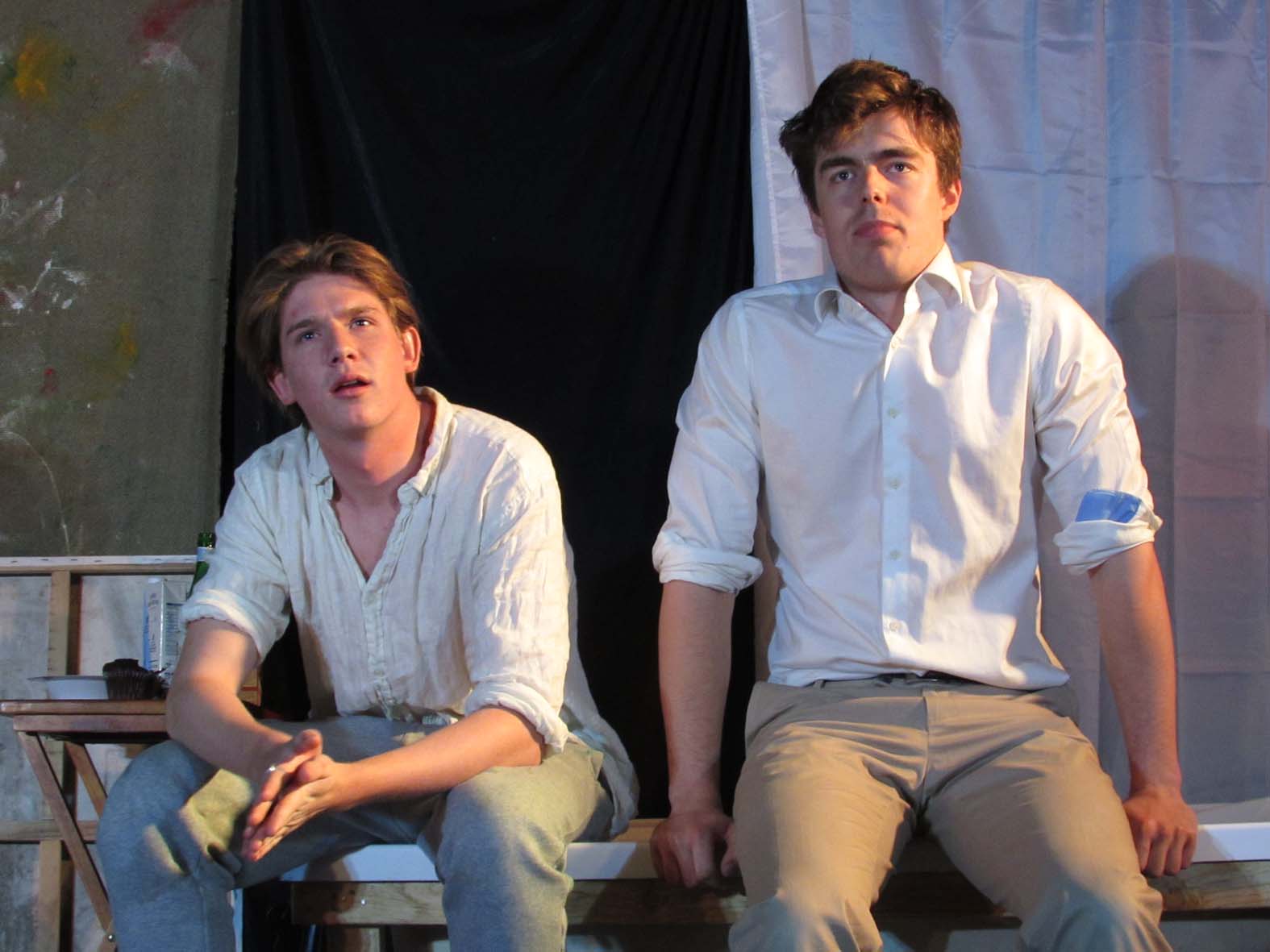 The second half of the play introduces Tess (Beth Daly) as she is called in to assess the forged Credeaux before purchasing it for a hefty price. If there ever was Oscar-winning suspense, this is it, as Tess stares at the canvas incredulously….and stares and stares. Only moments before she has critiqued Winston’s artwork for his class assignment as ‘self conscious’ and a ‘bit of a mess’ with its mish-mash of technique, so clearly she’s no nitwit. With brilliant accuracy Tess describes the scene and subtext of Winston’s Credeaux, honing in on the anachronistic use of abstraction. Without giving spoilers away, it is simply one of the finest scenes delivered by any actress in modern times.

At the play’s conclusion all that is left to discuss is the painting which has caused an outpour of emotions to splatter across the theatrical canvas. It remains as a bittersweet reminder of a counterfeit relationship that never was between the three central characters.

The Credeaux Canvas is on till 23 August at El Rocco Café and Theatre in Kings Cross Sydney. For bookings go to www.trybooking.com/BKFGC