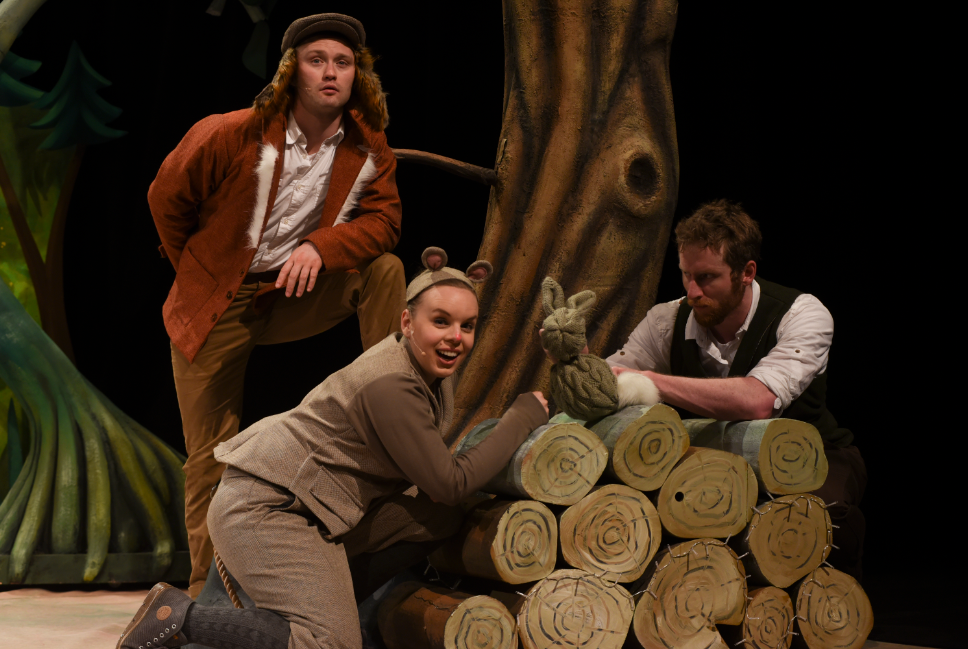 There is nothing as amazing as watching your child laugh and giggle with unrestrained abandon, their hands covering their mouths and their cheeky eyes practically popping out. These days those eyes are generally glued to computer screens, and their hands busy swiping and typing. So, my hat off to the producers of The Gruffalo, a show based on the hugely popular book by Julia Donaldson; Axel Scheffler. Whoever has said that children and adults have different tastes and can never agree has obviously not seen The Gruffalo. As I sat in the front row, surrounded by my two daughters I saw the laughing faces of kids and adults alike.

That’s when I knew this one was a winner.

In fact, at one point I found myself wondering just who was laughing so loud and so hard. Only to discover it was, in fact, I. And going by the somewhat embarrassed faces of my kids I must have been rather vocal. So what makes these 60 minutes such a mind-blowing theatrical experience? Well, let’s begin with the script. Brilliantly written it has everything - action, slapstick, song and dance routine, sweet poetry of the text and a great yet simple story. The story of a brave little mouse, of an owlish owl and foxy fox and a sly snake… and let’s not forget the self-assured Gruffalo. And even though I am not a fan of using a Narrator, this is an exception to the rule. The Narrator is an essential part of the plot, a voice for the audience, a link between them and the stage and a subtle commentator on the entire adventure. 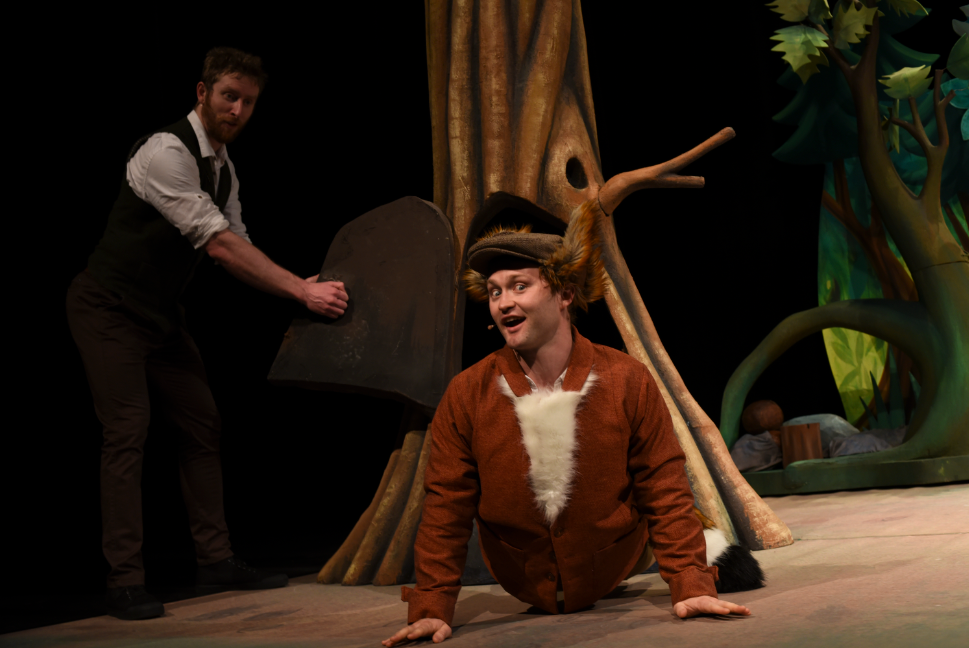 The set is truly magical with its simplicity, just a few fairytale trees and well-designed lighting and you forget it is a stage, but just like your children, you begin to believe in the deep dark wood. Sitting in the front row, close enough to see the fine details of the colourful yet simple costumes I was able to appreciate the vivid expressions on the faces of the extraordinary cast. In fact, it is the skill and talent that makes this show. The three actors portray a range of vastly different characters while singing catchy tunes and bopping and boogying around the stage. It is impossible to choose one that would stand out, as they were all equally entertaining. The three actors were able to reach across the stage and into the auditorium and touch the hearts of all there. The kids enjoyed their frolics and the ever-popular “behind you” routine while the adults appreciated some of the subtle humour of the various characters, such as the Snake (I believe he was the culprit that made me laugh so hard).

When the lights came on, and the actors took their bows we were all sad it was over, yet we felt so much richer. My five-year-old has not stopped talking about the show, about the snake (takes after her mum) and the mouse and of course the Gruffalo. In fact, every night we have a reenactment of the play. And that is how I know this play truly rocks; it emboldens the children and reminds them of the beauty of play, of pretending and having fun. In fact, it reminded my fifteen-year-old daughter and me how to have fun together. I took her along as a trip down memory lane to a time when I used to take her to the theatre. 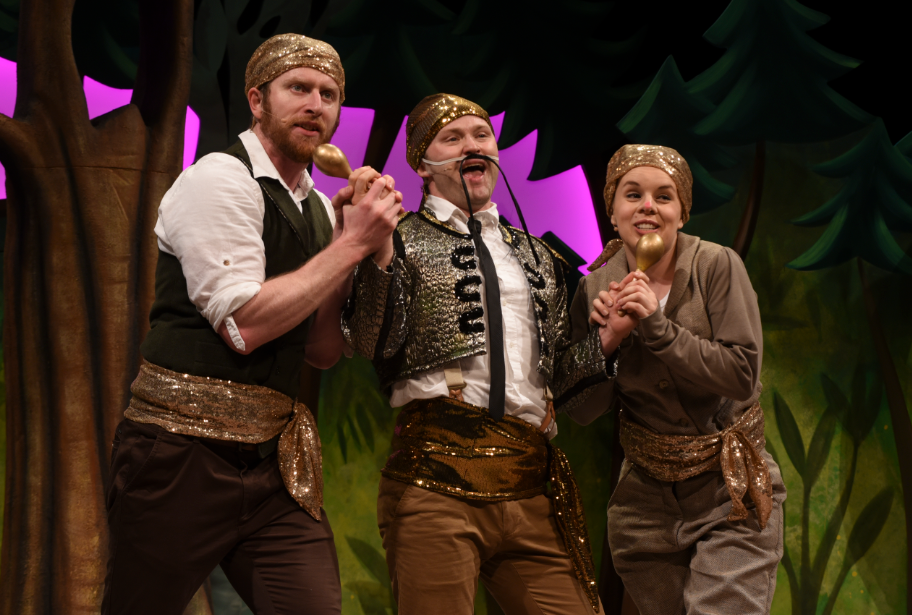 Imagine my joy at seeing a grumpy, opinionated teenager laugh her head off and hold hands with her five-year-old sister. I keep that image close to heart, especially when the two girls drive me nuts. So, a huge congratulations to the company and the cast, we cannot wait to see their next production of A room On the Broom this coming April. And if you can, make sure to see the Gruffalo when is graces the boards at the Concourse. 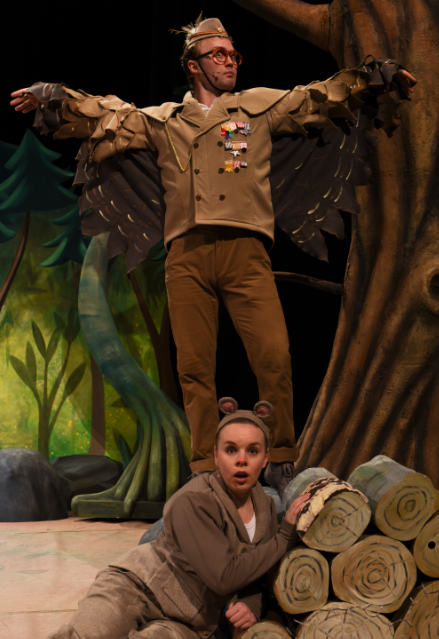 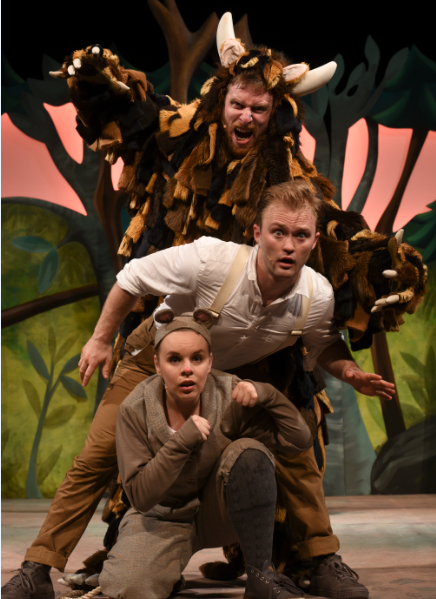 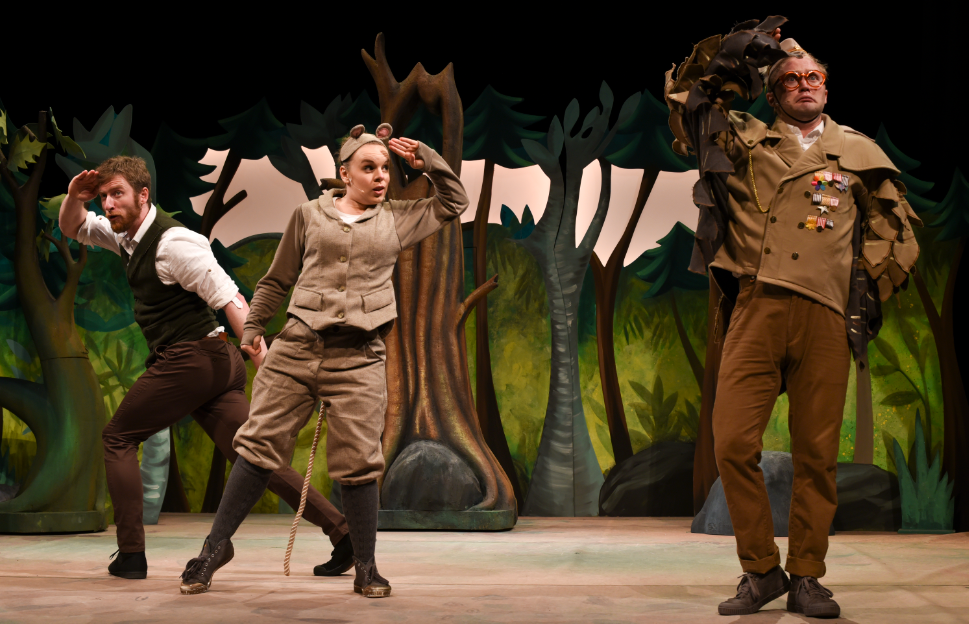 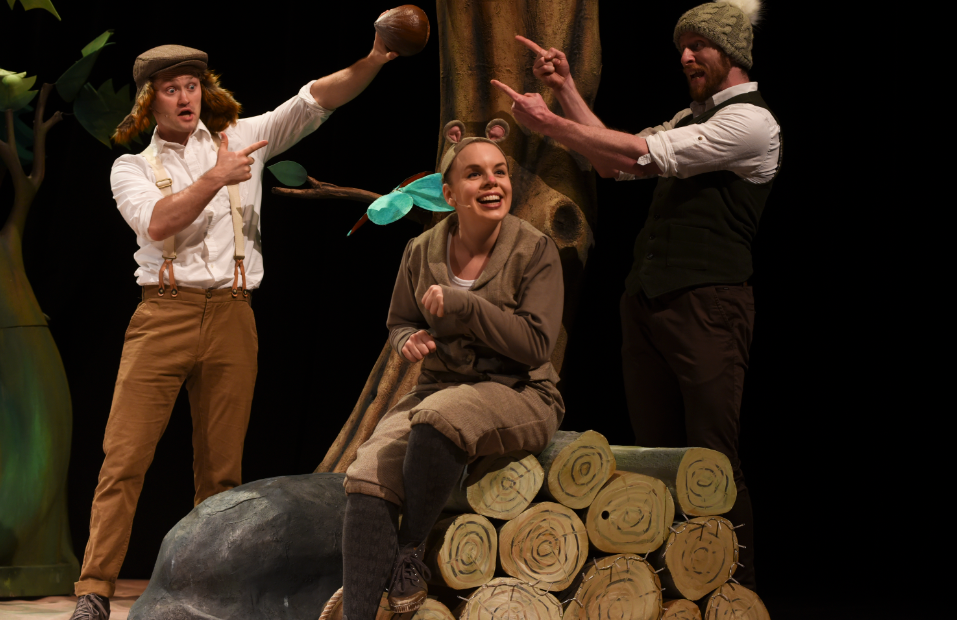 Presented by: CDP with Tall Stories