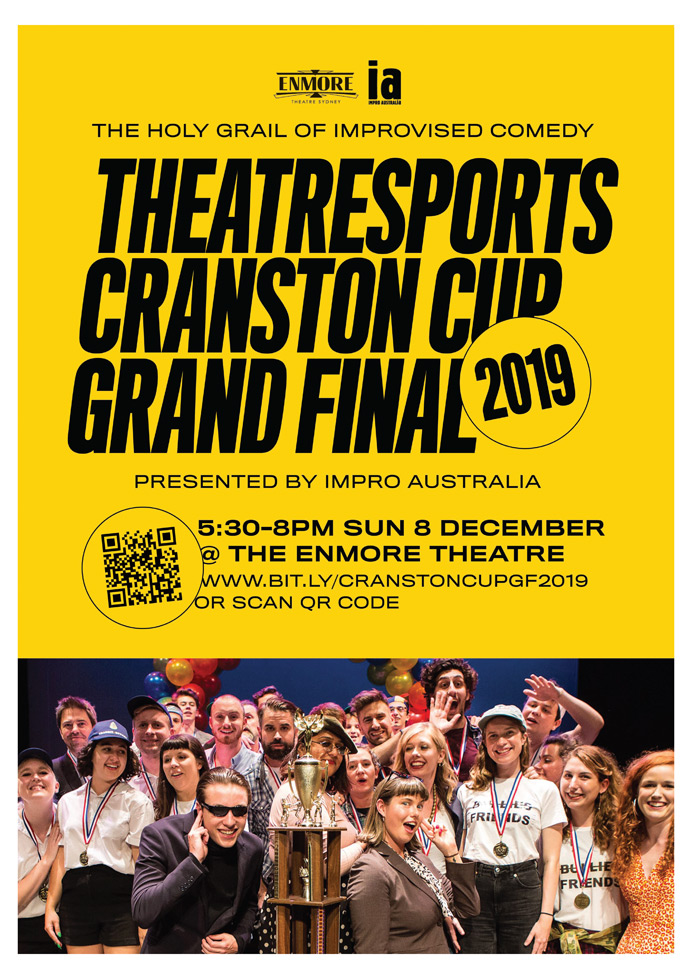 A stratospheric rock star playing at Madison Square Gardens, an epic tale of saving the Amazon and a robot husband - these were just some of the hilarious highlights at this year’s Theatresports Cranston Cup Grand Final.

Now in its 34th year, Theatresports Cranston Cup is the crème de la crème of comedic events where teams battle it out to win over the judges and audience with improvised comedy. Each year the stakes (and trophy) gets higher as teams are given mere seconds to devise an entire storyline based on random input such as a quote, a title, or location. Throw in some more random input such as a style of performance (opera, musical) or physical comedy (one actor plays the limbs of another, or actors must dub each other’s voices throughout the whole scene), and the ensuing results are nothing short of pure comedy gold. 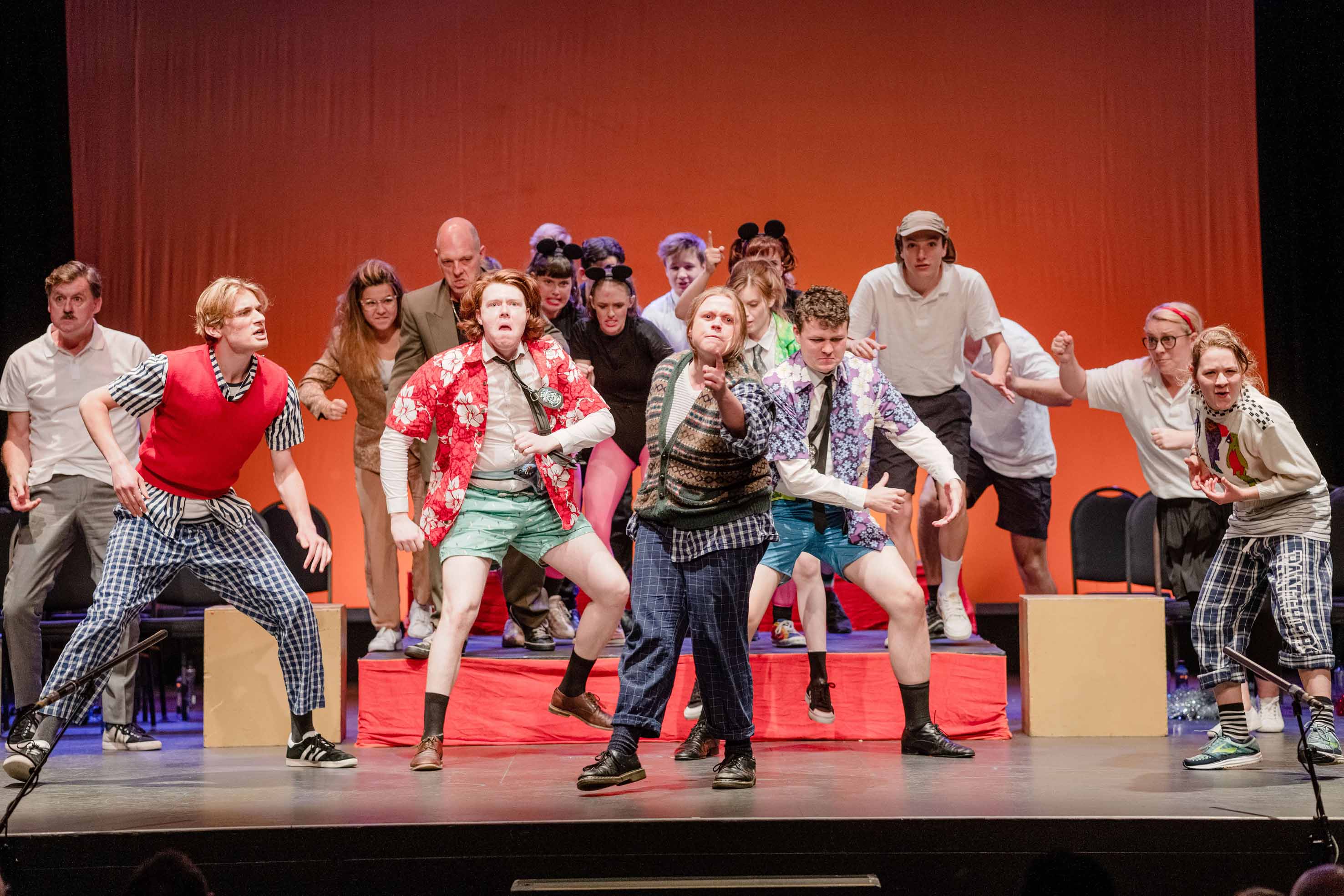 The six teams battling it out for this year’s coveted Cup displayed ingenuity and bravery as they plunged themselves head first into unrehearsed territory. Having made it through several heats to get to the final, the teams had the audience roaring with laughter for the better part of two hours.

My particular favourites on the night included We’re Cousins’ improvised poem about a Bible salesperson, and their epic story of rescuing the Amazon (which got the entire cohort of teams involved to great comedic effect). The Bald & the Beautiful excelled in delivering soap-opera drama including a dishwashing saga and gibberish shenanigans at a trapeze school. The Pash Rats were on fire in their HSC-drama-style PSA about cyberbullying and their broadway musical about the fate of a circus elephant. Year 6 Formal rose to the challenge of proving UFOs exist at a dog track and delivered memorable Oscar-winning moments at the scene of a crime. One Day from Retirement had strong narrative about losing something forever (a hapless tooth), and a scene about a prickly parent-teacher relationship with LOL flashbacks. James Hill High Under 13s made good use of physical comedy including a story on overcoming crippling anxiety at a house party, and bees invading a cobbler’s shop right after the cobbler announces he is allergic to bees. Whew, that is a long list of favourites, and that was just the tip of the iceberg. 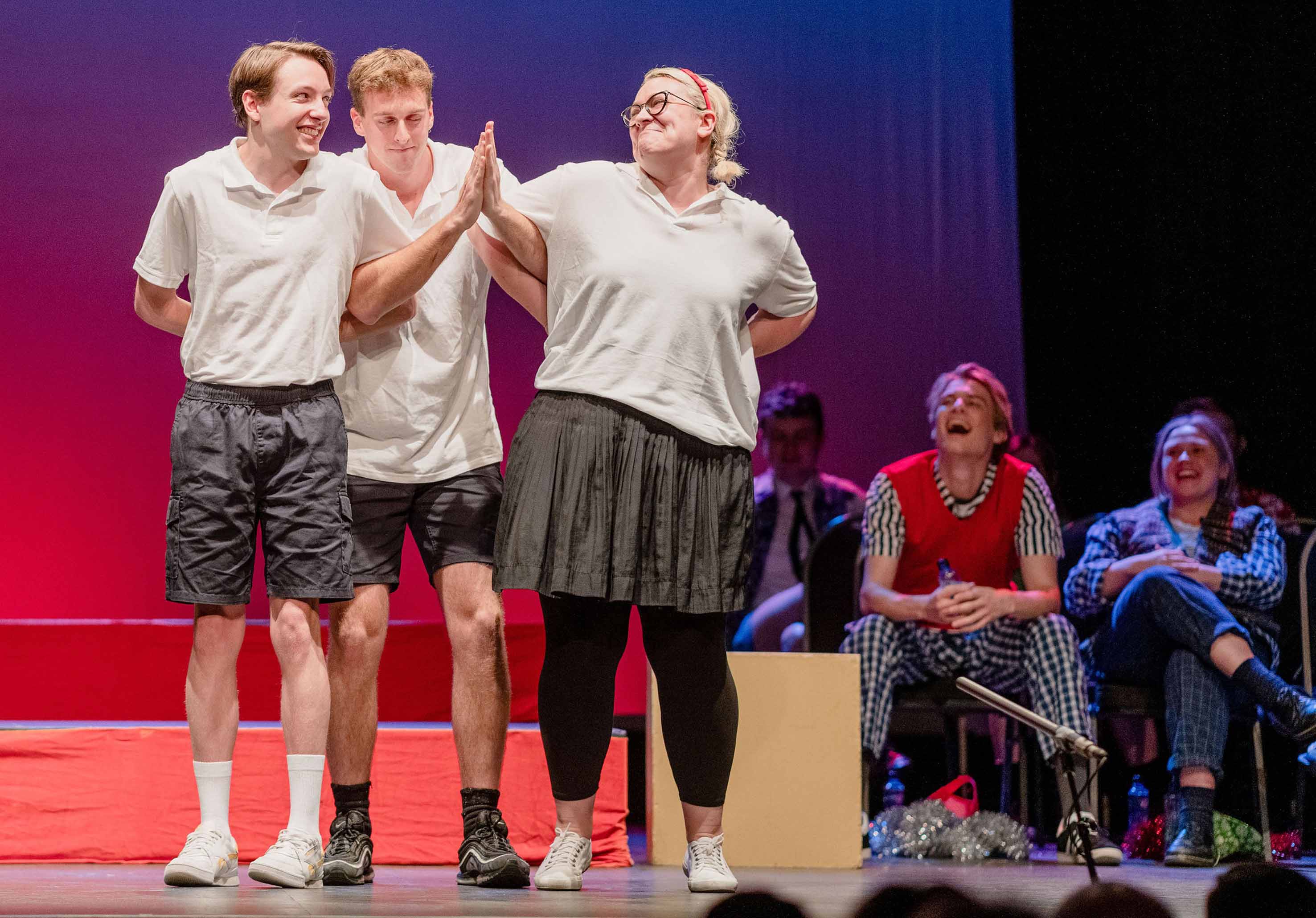 On a final note, a huge congratulations to Impro Australia for keeping the comedy scene alive and shining on the Enmore stage. If you’re keen to try your hand at improv comedy, check out courses on their site at www.improaustralia.com.au. If you’re a chicken like me and would rather watch comedy from the safety and comfort of your seat, follow @ImproAustralia on social media for upcoming events 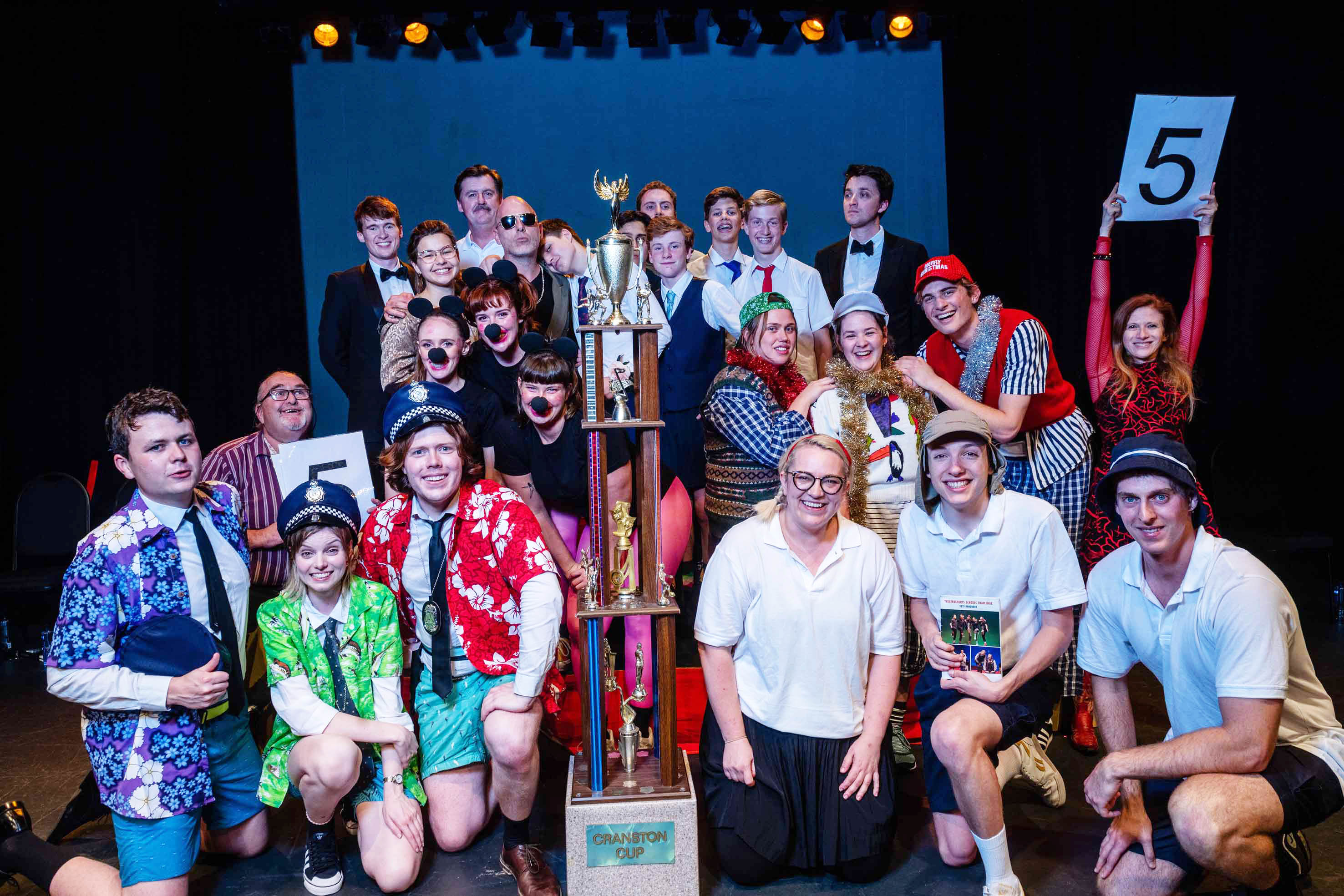 The Enmore Theatre hosted the biggest night of Theatresports this year; The 2019 Cranston Cup. In a battle of wits and quips, this competition saw some of Sydney’s best performers heat up the stage in an attempt to win the coveted Cranston Cup. Most people would tremble at the thought of walking onto a stage unaided, unscripted. However, the six teams that barreled onto the mainstage of the Enmore after smashing through a round robin of challenges and performances for over a month now.

Our grand final teams were:

There was an electricity in the air, and a camaraderie amongst the audience; no matter which team you support, you clapped and cheered on everyone. It was hard not to laugh, though. We saw some ridiculous storylines, some set in a cursed swamp, a dog track, a French Cafe. Others were set restrictions, focusing on characters, relationships or narrative. 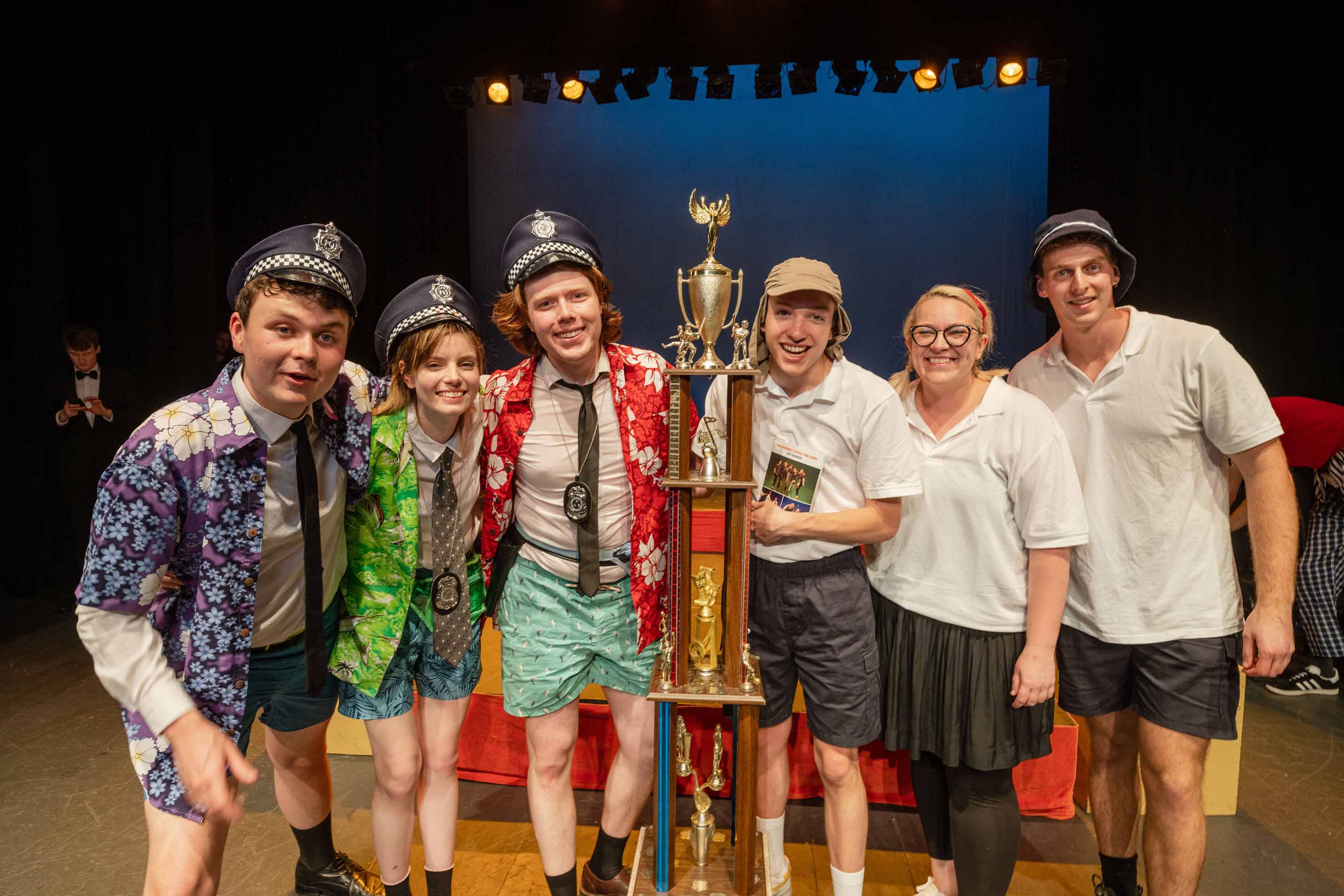 Winning the Cranston Cup is no mean feat. Over four rounds, our hosts set some difficult theatre challenges for the teams; 2 minute mimes, scenes in gibberish, death in a minute, improvised poetry. Each team rose to the challenge, with silliness, energy and to thunderous applause. Each scene was supported by a mind-bogglingly talented musician on synth, who created atmosphere and drama at every turn.

The judges based their scores on narrative, technique and entertainment value. Throughout the night we saw some perfect scores! I think the talent was mindblowing. To think on your feet, under time pressure, with such clarity and focus is incredible enough, and to do so in a team takes great courage and confidence. For the first time, possibly ever, the Cranston Cup was won by two teams- One Day From Retirement and James Hill High. Congratulations to all the teams who participated throughout the competition.

Theatresports is run by Impro Australia, an organisation who offer courses encouraging people to push themselves out of their comfort zone, build confidence, develop listening skills and to play. After seeing the performances on stage, I think I might try my hand and give it a go. I’ll definitely be back at the Enmore to see who takes the 2020 Cranston Cup!